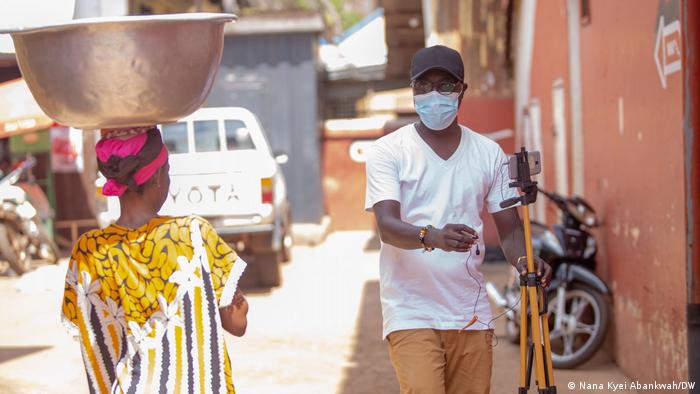 With over 95% of its population engaged in agriculture, northern Ghana is about as rural as it gets. Facing a significant technology gap compared to the south, the incredibly diverse population still needs to be connected to the outside world. For rural journalists, providing that link can be both challenging and rewarding.

DW Akademie had a chance to speak to some of the journalists who live in the region to find out what it is like to work in a place where identities are strong, languages and dialects are in the dozens and the news cycle moves with the seasons.

Based out of Tamale, Ghana's third-largest city, DW correspondent Maxwell Suuk works to connect the remote northern regions of Ghana with the capital Accra and beyond.

For a region where smart phones are far from ubiquitous, the population relies heavily on radio. Suuk believes that it is therefore the responsibility of a rural journalist to be an advocate for the various groups found in the north.

"If there were no journalists in these communities, no one would ever hear from them," he explained. 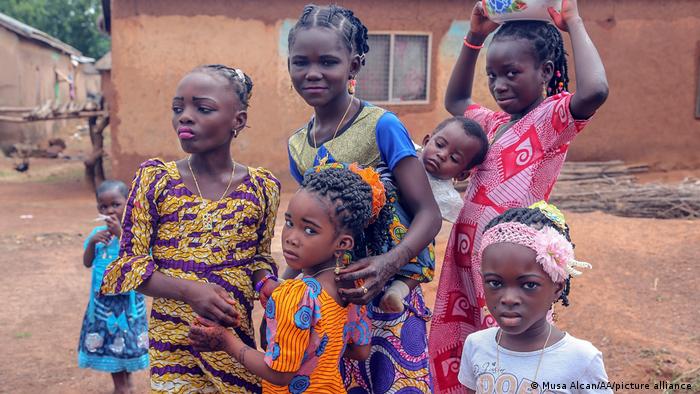 The role of the rural journalist

The interests of rural populations often differ significantly from those in urban areas.

In northern Ghana, the challenges tend to be seasonal. In the rainy period (May to October), the most pressing issues of the region are predominantly climate-related, where flooding, washed-out roads and whether markets or villages were damaged in a storm are top concerns.

In the dry season, bushfires, crime and drought dominate the news cycle. Journalists must then inform locals where they can find clean water or report on public health needs of a remote tribe.

"All communities have their unique problems," said Suuk, "and these need to be told."

Despite the population's need for information, Suuk and other regional journalists recognized that there were few reporters with the know-how to cover the northern regions. In response, DW Akademie developed a series of trainings, funded by Germany's Federal Ministry for Economic Cooperation and Development (BMZ).

DW Akademie looked to their journalism alumni network, which included Suuk, along with DW Akademie trainers Isaac Kaledzi and Ewurama Kodjo, to provide their own local knowledge and skills for the young journalists.

In the resulting "Basics of quality journalism" training, nine trainees learned about the ethics of journalism, along with how to produce reports for online, radio and television, all by using a mobile phone and free applications like Open Camera and Kinemaster. 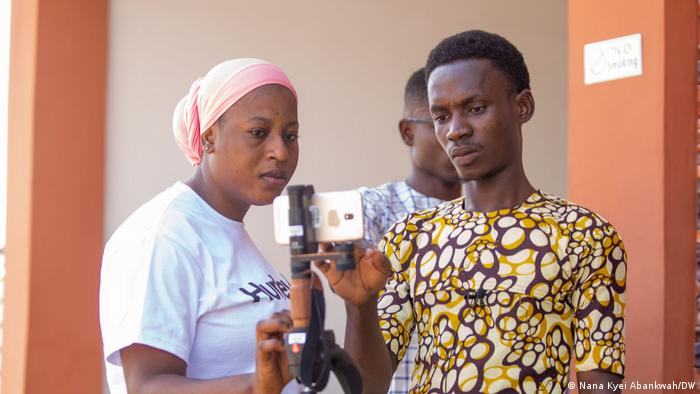 For Moses Apiah, a journalist at a local radio station, the results from the training were immediate. His next piece was about a local man who is physically disabled, yet his only means of income is selling liquid soap door-to-door. Without transportation, it could take him hours to visit even a single house.

Only a few hours after Apiah’s story aired on local radio and was posted on WhatsApp, the local MP got in contact with Apiah to see if he could help. 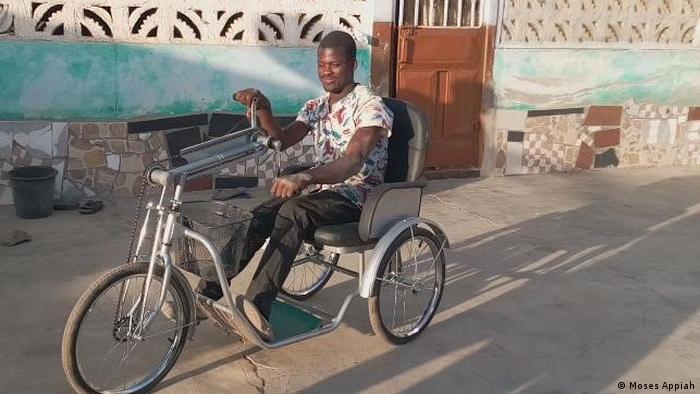 Daniel Apuyine receives a new tricycle from a local MP

Reporting as an outsider

Still, some in northern Ghana are wary of the press. Cultural differences are among the many challenges facing rural reporters, and people are rarely encouraged to speak about internal issues with outsiders. Journalist and training participant Shawana Yussif said she has faced issues as an outsider, even in the city of Tamale.

"It is not like in the western world, where you can say you are from somewhere because you were born there. In the Ghanaian sense, you have to trace it back to your roots," said Yussif, who was born in Tamale, but identifies as coming from Lawra in northwest Ghana.

As a female journalist, Yussif has also experienced discrimination. Many community leaders have refused to meet with her, which makes it difficult to report on issues like teenage pregnancy or forced marriages. Still, this type of discrimination can sometimes be advantageous, she said, especially for getting people to speak candidly.

"Many don't feel threatened by a woman because they believe we can't do them any harm," she pointed out.

Yussif, Apiah and seven other DW Akademie training graduates will continue their work to uncover stories throughout the northern region – stories that can only be heard with the help rural journalists like themselves.

"The basics of quality journalism" is a part of DW Akademie's "Journalism education" project, funded by Germany's Federal Ministry for Economic Cooperation and Development (BMZ). DW Akademie projects in Ghana aim to strengthen a public dialogue that rests on fact-based, balanced reporting – not just in the country's capital Accra, but in the Ashanti and Northern regions, as well.

Despite difficult security conditions in Burkina Faso, DW Akademie is strengthening its commitment there to media freedom and the fight against disinformation and opened a new office in Ouagadougou on March 28, 2022.