Op-ed: If you care about democracy, stop ignoring attacks on expression 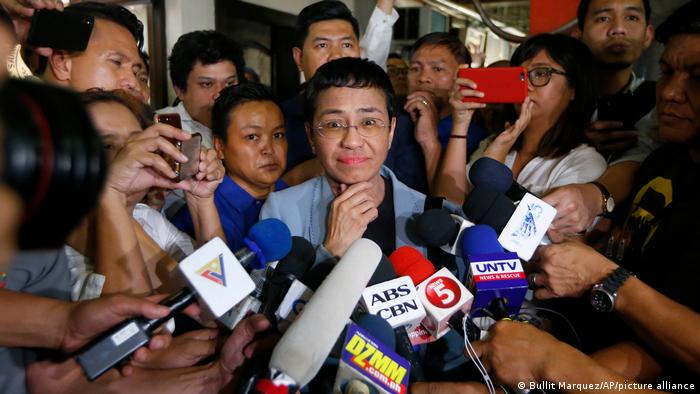 In the last days of his rule, Filipino President Rodrigo Duterte has taken action to shut down the news website Rappler, co-founded by Nobel prize winner Maria Ressa. This ultimate act of harassment and intimidation is the latest example of leaders unapologetically assaulting free expression.

The2022 Global Expression Report (GxR) makes it clear: freedom of expression is under attack. Only 15% of the world’s population – or around 1 in every 7 people – live in countries where they can express themselves and seek, receive, or share information freely and safely.

Free expression is the cornerstone of all other rights - it’s also the first right that comes under attack when regimes move to undermine democracy. This is because autocrats, populists and dictators know that the defining battle for power is the fight to control the narrative.

In Russia, the Kremlin now has a virtual monopoly on truth - but it did not happen overnight. Vladimir Putin has been eroding the public debate since he took power in 2000, moving from attacking independent journalists, destroying independent media, to dismantling institutions, and finally, centralising power. 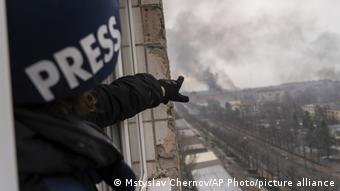 A press photographer points at smoke rising after a Russian airstrike on a maternity hospital in Mariupol, Ukraine, in March 2022.

The regime has criminalised any reporting of news not sanctioned by the Kremlin, creating an environment where propaganda and nationalistic rhetoric rose to a fever pitch. Control of information is useful for dictators in times of peace, but it is completely crucial in wartime. Russia’s war has been made possible, in part, because so many of the voices who could challenge it have been silenced.

But we know that Russia is not an exception: brutal attacks on free expression for political gain are plain to see elsewhere. In Ethiopia, the government has gone to extreme lengths in its attempts to gag the flow of information about the conflict within the country, blocking social media sites, arresting journalists and accusing foreign media of disseminating ‘fake news’.

Myanmar has seen one of the biggest one-year drops in the GxR score after the brutal coup overnight erased the fragile progress towards civilian rule. Since the military took power in February 2021, more than 120 journalists have been arrested and the country is now in the global bottom five scores for freedom of discussion and government censorship.

Conflicts, invasions and coups are not the only factors that stifle expression. Under the influence of a democratically elected leader Brazil has witnessed one of the world’s most shocking deteriorations in the past decade, as Bolsanaro continued to harass and undermine the media. This incremental erosion is happening across the globe: from El Salvador and Colombia to Hungary and Poland.

Extraterritorial violations of human rights should also sound the alarm: increasingly regimes like Saudi Arabia feel emboldened to commit crimes outside of their borders. In 2018, the world was shocked by the brutal killing of Saudi Arabian journalist Jamal Khashoggi in Turkey. The lack of decisive action in response to such atrocities exposes the international community’s hypocrisy. The speed with which the UK’s Prime Minister Johnson traveled to Saudi Arabia to replace Russian oil imports speaks volumes as to how double-standards play out in global politics. 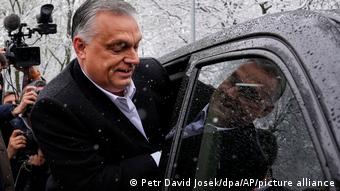 When our governments look the other way, or condemn violations with empty statements, they feed the cycle of democratic decline. The global data is clear: the last 30 years of democratic advances have been eradicated, as the level of democracy enjoyed by the average global citizen is back to where it was in 1989.

With free media under attack globally, a number of promising initiatives have emerged in recent years to tackle the growing threat. Governments need to engage with, and actively support initiatives such as the Media Freedom Coalition or the Council of Europe’s Platform on the Safety of Journalists - this support matters now, more than ever.

But this in itself won’t be enough - promotion and protection of free expression has to become a genuine foreign policy priority. Recently, following yet more evidence of atrocities committed in Xinjiang, Germany’s Economy Minister announced that the country will prioritise human rights in its dealings with China - we hope these words will be accompanied by action. We need more leaders to take a stand and act.

Autocrats around the world, from Jair Bolsonaro and Victor Orbán to Xi Jinping and Narendra Modi are hiding in plain sight, as the world turns a blind eye for reasons of trade or short-sighted diplomacy. This always comes at a great long-term cost.

We need concrete and decisive action to protect free expression and strengthen media freedom - regardless if the violations happen thousands of miles away or in our own backyard. When the lights go out in one country the world dims for all of us. 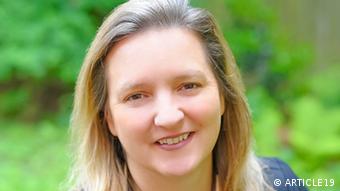 Quinn McKew is the Executive Director of the international freedom of expression organisation ARTICLE 19. Since joining ARTICLE 19 in 2011, Quinn has played a vital role in developing a world-leading programme of work on digital infrastructure and human rights and become a leading voice on the protection of civic space from a rights-based perspective.

In emergencies: information by the people, for the people

How to find shelter, access food, or get medical care: In times of distress, knowledge can be critical for survival. Local media has a crucial role to play in providing the information people urgently need.

In recent years, governments have introduced dubious legislation to undermine digital rights. Technology is helping them to surveil and control their citizens.