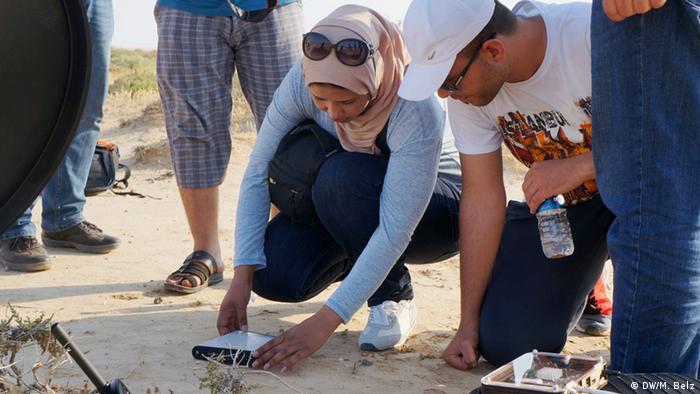 DW Akademie has been working to develop the Libyan Cloud News Agency (LCNA) as part of an European Union project. Satellite-linked technology and more than one hundred regional correspondents will soon be providing access to information from every corner of Libya. Along with the Libyan media, the international press has also expressed great interest in having access to reliable information from the embattled country. DW Akademie's country coordinator for Libya, Martin Hilbert, has been involved in the project since its inception in November 2014. He is working closely with Libyan project partners and journalists to promote independent journalism.

Would you say you like experimenting?
Martin Hilbert: If you are referring to my work in Libya, then yes, absolutely. The project we are involved in is really a huge experiment and there's no other project like it. We are working to set up a news agency in a country torn apart by war where there is practically no internet and no impartial coverage. We are training journalists to find stories and report on topics we don’t hear about in the West. So it's an enormous experiment and an enormous challenge at the same time. 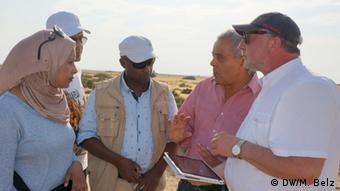 Are there any Western correspondents in Libya?
No, because Westerners can't move about freely in Libya. To report on a country of this size, journalists would have to travel but they wouldn't get through the numerous checkpoints.

What is the media environment in Libya like at the moment?
The right to information is practically non-existent. Of course, local radio stations are broadcasting and there are also TV stations, such as Al Jazeera and Al Arabiya, and what is left of the state-run broadcaster, Al Wataniyah, plus other non-state media. It's important to bear in mind that Libya is strongly influenced by the traditional clan culture. For instance, people living in the city of Tobruk won't believe news reported by a station from Misrata and vice versa. There is also a lot of commentary and reporting is biased from the outset. There are no news agencies like Reuters or the German Press Agency (dpa) that just report the facts. This is what we are working to change. 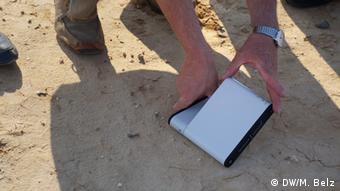 You are the project coordinator for the Libyan Cloud News Agency. What is special about this news agency and how exactly will it work?
The agency is unique because it is virtual. The journalists we have trained will be able to upload their raw material from anywhere in Libya to the cloud, that is, to an online server. Eight specially trained moderators will check the material and then save it to a secure website. In the next step, the editor-in-chief, who currently lives in the Tunisian capital, Tunis, because it's too dangerous for him to live in Libya, will check all the facts again. Then he will release the reports to the agency's clients, which will include private and state media within Libya, as well as international media. The correspondents will use satellite technology, which is extremely portable, to transmit their reports. This is necessary because there is no internet to speak of in Libya and some regions don't have mobile phone reception either.

What is the advantage of uploading material to the cloud?
Libya is almost five times larger than Germany and the cloud offers a way to link reporters from around the country. The virtual realm means the raw information will be together in one spot. And then it will be encrypted because a cloud is relatively easy to hack. Our long-term goal is to set up a bricks and mortar office for employees. But if this office were to be attacked, the news agency could simply retreat into the cloud. This is a huge advantage in Libya where reprisals against independent reporting are a very real possibility. 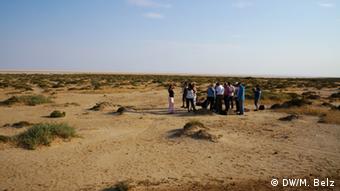 With no internet and limited cell phone coverage, the news agency relies on satellite-linked technology

For security reasons, you and some journalists tested the technology outside Libya in the Tunisian desert. Were there any problems?
No, it worked perfectly. As well as uploading information, we also had satellite receivers with us so we could download the material and test whether any data was lost during transmission. We found it was quite easy to send and receive texts, photos and short videos.

You mentioned that Libya is dominated by a tribal structure. The correspondents and moderators involved in the project come from diverse regions and tribes - did this cause any tension during the training and testing sessions?
Just last week I experienced something truly amazing. Two of the participants shook hands, only to discover they came from opposing tribes and then they were both very mistrustful of each other. But they ended up in the same group and worked well together, which was a unique experience for both of them. They told me later that they never envisaged being able to get along so well. 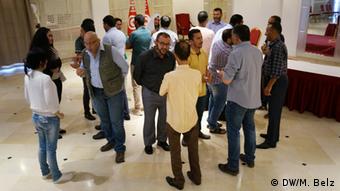 Eighteen of the 112 correspondents are women. What unique challenges do they face?
In Libya, women cannot travel alone and are also not taken seriously by conservative politicians. This means they sometimes cannot report themselves and have to take a man along to ask the questions for them. This is very unfortunate as the women in the project are exceptionally talented and focused.

European Union funding for the project runs out later this year. What happens then?
It's like this. We helped bring this baby into the world and from October, Libyans will have to continue to feed and raise it - though they won't have to do this entirely by themselves. Libyan media will have the option of subscribing to the LCNA service and will surely find the material very interesting. Libya is huge and, as I have already mentioned, there is hardly any reliable information available from the different regions. We have also had a lot of positive feedback from Western news agencies who have expressed interest in LCNA reports. People are interested in what else is going on besides the battles with the Islamic State. They want to know about touching human interest stories that they don't otherwise hear about. This is what people are interested in - not the seven people killed in fighting in Tripoli. With the LCNA, we have developed a tool designed to bring these stories to light.

The ongoing crisis in Libya has crippled the country and its media sector - information has become a rare commodity. DW Akademie is developing a Cloud News Agency as part of the EU project "Stability through Structure". (13.02.2015)