Journalists, academics and senior managers - they're all active in the media field and make up the team of IMS lecturers. Find out more about them here. 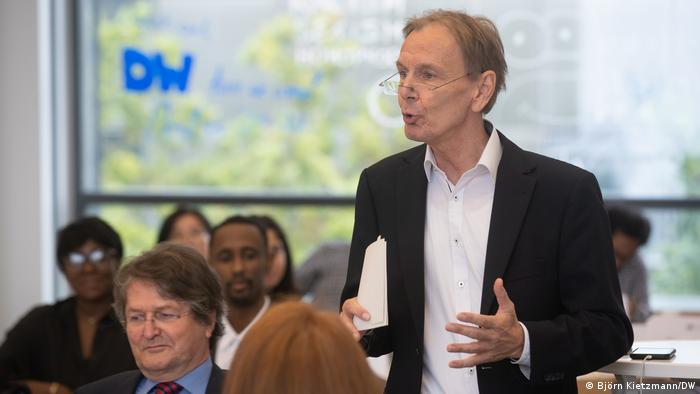 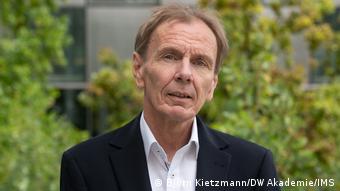 Professor Dr. Christoph Schmidt studied Business and Economics at the University of Siegen and holds a PhD from the University of Cologne. He was Marketing Manager at Philips AG in Frankfurt and later worked as a consultant and manager for numerous companies. Prof. Dr. Schmidt joined the Deutsche Welle in 1995 and has since held several leading positions within the company. In 2000, he also began lecturing at universities in Germany and abroad. Prof. Dr. Schmidt was appointed Head of DW Akademie's Administration and Academic Department in 2006 and is an Honorary Professor at the Bonn-Rhein-Sieg University of Applied Sciences. Prof. Dr. Schmidt's research focuses on international media systems and human resources management. He teaches Media Economics, Media Management, Editorial Management, and Organizational and Human Resource Management. 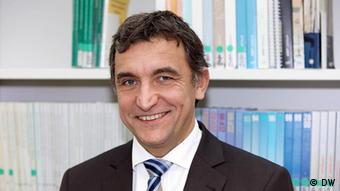 Dr. Peter Niepalla studied law and holds a PhD from Cologne University. As part of his articling term he worked for the legal departments of Deutsche Welle and the public broadcaster WDR. He joined DW's legal department in 1992 and was appointed deputy legal advisor in 1993, focusing on labor law issues and contract negotiations. Dr. Niepalla was also DW's youth protection officer from 1998 to 2004. He was appointed DW's head legal advisor in 2003. Dr. Niepalla is also a lecturer at the Cologne University of Applied Sciences (media law) and the Bonn-Rhein-Sieg University of Applied Sciences. He has published in the area of labor and media law, and teaches Media Law for the IMS Master's program. Dr. Maryann Ijeoma Egbujor holds a Bachelor of Arts in Media and Education from the Catholic University of West Africa, a Master of Arts in International Media Studies from the DW Akademie, and a Diploma in Journalism from the London School of Journalism. She completed her PhD in Journalism Professionalization, Christian Social Ethics and Cultural Values within the Faculty of Theology at the University of Freiburg. She has conducted field research in Kenya, Nigeria and South Africa, among other countries. Dr. Egbujor also worked as a guest researcher at the Franciscan University of Ohio (2017-2020). Her areas of research include media projects, media ethics, social ethics, cultural studies, globalization, media policy and digital literacy. 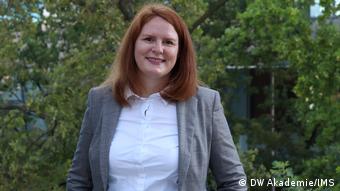 Dr. Nele Lenze studied Arabic Literature and holds an interdisciplinary PhD in Media Studies and Middle East Studies from the University of Oslo (2012). She held positions at the National University of Singapore as senior research fellow and managing editor, she was an assistant professor at the Gulf University for Science and Technology in Kuwait, a visiting fellow at the London School of Economics, and a lecturer at the Royal Melbourne Institute of Technology in Vietnam. Dr. Lenze co-edited four academic books on media, participation culture and the Middle East, and wrote a monograph on digital literature in the Gulf. She is also a certified anti-money laundering specialist. Dr. Lenze joined the IMS program as senior lecturer and project coordinator in 2022. 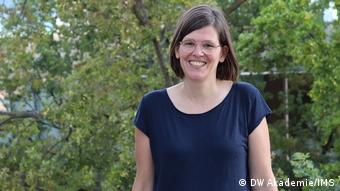 Dr. Julia Lönnendonker holds a PhD in Cultural Studies from Dortmund University, where she published an analysis on the ‘Discursive Construction of European Identity in the Coverage About Possible EEC/EC/EU-Accession of Turkey’. She also holds a Master of Arts in Journalism from Emerson College in Boston, as well as a diploma in Geography from the University of Bonn, where she minored in Media Studies and Political Science. She has been teaching communication studies with a focus on international journalism for more than 15 years at the University of Dortmund and Vrije Universiteit Brussels as well as coordinating research for projects in journalism research. Her research focuses on topics like international comparative journalism research, international reporting, European public sphere and identity, media accountability and methods of journalism research. Dr. Lönnendonker teaches Journalism Research and coordinates all Media Practice related activities in the IMS program. 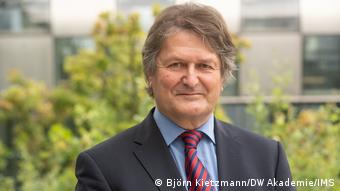 Grahame Lucas joined the Deutsche Welle in 1983 after graduating from the universities of London and Bonn. Initially working as a news and features writer and anchor, he soon moved on to the Bonn Bureau as a correspondent, where he pioneered bi-medial reporting for radio and television, alongside hosting and producing Deutsche Welle TV’s first English language weekly politics show. As the host of the show, Grahame interviewed top politicians from Germany and abroad, including former chancellor Helmut Schmidt. In 1999 he was appointed as DW’s Europe correspondent based in Brussels, interviewing a range of world and European leaders. After his time in Brussels, he returned to the DW headquarters as the head of news and current affairs in the English Radio Service, where he also served as deputy chief. In the following years, he modernized output and led the introduction of DW‘s Content Management System. He also wrote DW‘s Manual of Journalism. From 2007 to 2016, Grahame was responsible for the South and South-East Asia departments, leading the successful transition from radio to social media and video output. Since leaving DW in 2016, he has intensified his work for public broadcasters as an expert on European and British affairs. He has taught the IMS course Forms of Journalistic Writing since 2009. 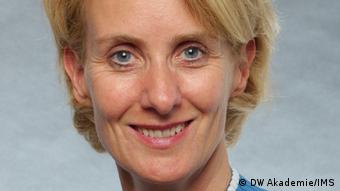 Dr. Esther Dorn-Fellermann earned her doctorate in Media Studies at the Friedrich-Wilhelms University in Bonn on the topic of "Civil Society Engagement in Community Radios - Opportunities and Limitations of Participatory Media Work in South Africa”. After completing her master's degree in the fields of Political Science, Media Studies and European Cultural Studies, Dr. Dorn-Fellermann worked as a research assistant at the Institute for Media Studies at the University of Bonn. Her research focuses on participatory media and democratization. Since 2014, she has held various positions at the DW Akademie. Dr. Dorn-Fellermann is currently a project manager in the film industry team and consults for both the Bangladesh country team and DW Akademie's Displacement and Dialogue program. She also teaches Political Communication and Media and Development Cooperation in the Master's program International Media Studies. 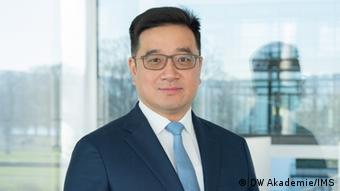 Dr. Hao Gui studied German Language and Literature, Communication and Journalism in Beijing and Dortmund. He holds a PhD of Culture Sciences from University Dortmund. Later, he joined the journalism traineeship with Germany’s largest public broadcaster, WDR, before serving as Senior Editor and Managing Editor at the Deutsche Welle. Dr. Gui currently works as an advising trainer for different foundations and academic institutions. He has published works in the areas of media and journalism within the context of globalization. Since 2015, Dr. Gui has been teaching Journalism Theory in the IMS Master’s program. 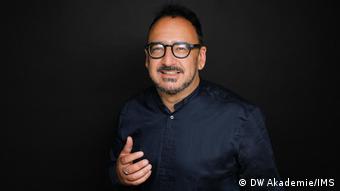 Dr. Leon Tsvasman teaches at several public and private universities worldwide, especially in Germany and the USA. His interdisciplinary research addresses the perspective of strategic intelligence and innovation, complexity cybernetics and artificial intelligence, as well as global governance, media ethics, information economics and other related topics. He is author of several encyclopedic, philosophical, educational and non-fiction books. His education at the University of Essen (M.A. 1997) and University of Münster (Dr.phil./Ph.D. 2002) focused on Communication, Media and Information Sciences, Journalism and Publicity. In the past 15 years, Dr. Tsvasmann has been lecturing, consulting and publishing in these areas. He teaches Media Concentration and Media Governance as well as Project Management in the IMS Master’s program. 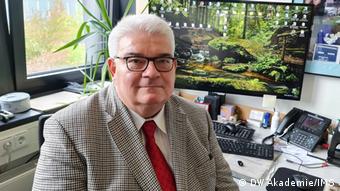 Dr. Michael Thomas P. Sprenger-Menzel studied Business Administration and Economics, Law, Political Science, English, Roman Languages, Sociology, Philosophy, Theology, African Studies and Global Economic Studies at a variety of universities across Europe. He worked as a Chartered Public Accountant for KPMG, one of the “Big Four” accounting firms, and taught Business Administration at high schools and technical colleges before working as a controller, CPA auditor and management consultant within Germany’s Federal Ministry of the Interior – later earning the titles Director and Senior Government Official in the position. As professor of Business Administration and Economics in Cologne, Dr. Sprenger-Menzel has authored several scientific textbooks in the field and teaches at different universities and Universities of Applied Sciences. Since the founding of the International Media Studies program, he has been a lecturer for Controlling. His research is primarily focused on International Political Economics, Business Ethics and Controlling. 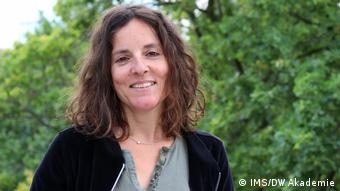 Marianna Varsamou studied Ancient and Contemporary History, as well as the Science of Translation. She has worked for the Organization of Economic Cooperation and Development (OECD) in the fields of migration, education, environment, and development assistance. She obtained her Master’s degree in International Media Studies from DW Akademie, Hochschule Bonn-Rhein-Sieg and University of Bonn. Marianna Varsamou joined Deutsche Welle in 2019 as a Master’s student and has been working in the IMS office as a research associate since 2021. She is currently co-teaching the Comparative Media Systems and Research Project seminars along with Prof. Christoph Schmidt. 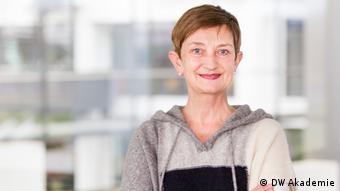 Barbara Cholewa holds a Master‘s Degree in Economics from the Business University of Katowice in Poland and studied Business Administration at the University of Tübingen. She worked as a researcher and market analyst for McKinsey & Co. and the Boston Consulting Group in Germany and Poland, where she focused on the deregulation of international energy markets. Before joining the Deutsche Welle in 2019, she worked as a Senior Expert at Deutsche Post (DHL Group) where she conducted market research projects in international logistics business. In 2017, she completed a digital marketing training course with a focus on digital transformation and graduated with the university certificate "Digital Professional" from Steinbeis University in Berlin. During her time at Deutsche Welle, Barbara Cholewa was responsible for market and media research projects with a focus on media landscape and evaluation of DW offerings in Eastern Europe and Central Asia. Since 2019, she has been teaching the course Media Planning for the IMS Master’s program. 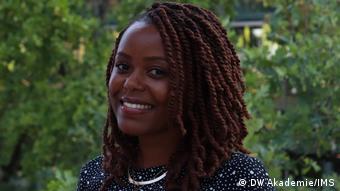 Irene Najjemba studied English Literature and Cultures as well as Media Communication at the University of Bonn. She obtained her Master’s degree in International Media Studies from the DW Akademie, Hochschule Bonn-Rhein-Sieg and University of Bonn. She has worked in the fields of journalism, communication, and development in both the German and international sphere. Irene Najjemba joined the Deutsche Welle in 2016 as a Master’s student and has worked in the IMS office as a research associate since 2019. Her research interests lie in the areas of journalistic standards and practice, media literacy and press freedom – especially within the context of the East African Community. She is currently co-teaching the Academic Work and Research Project seminars along with Prof. Christoph Schmidt. 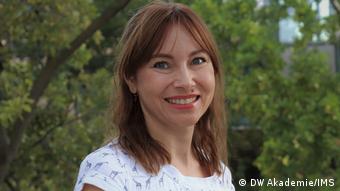 Ira Katharina Fröhlich studied Cultural Studies and Business Administration at the University of Duisburg-Essen. She lived and worked at the German Consulate in Mexico from 2011-2016, where she oversaw the legal and consular matters for the Puebla and Tlaxcala districts. She was also responsible for organizing press and cultural activities. Since 2017, Ira Fröhlich has been working in the Academic Education Department as an administrator for the Master's program. She manages the administrative coordination and onboarding process for the international students before and during their stay in Bonn. 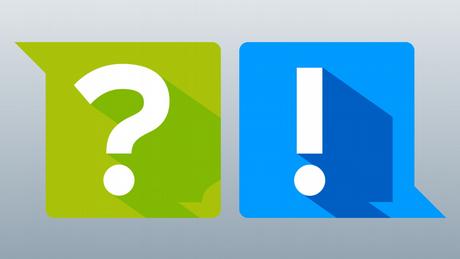