Lebanon: Fact-checking during the corona crisis

In Lebanon, the Maharat Foundation has launched the fact-checking website “Fact-o-meter" with an aim to analyze fake news and provide the public with reliable and objective information . 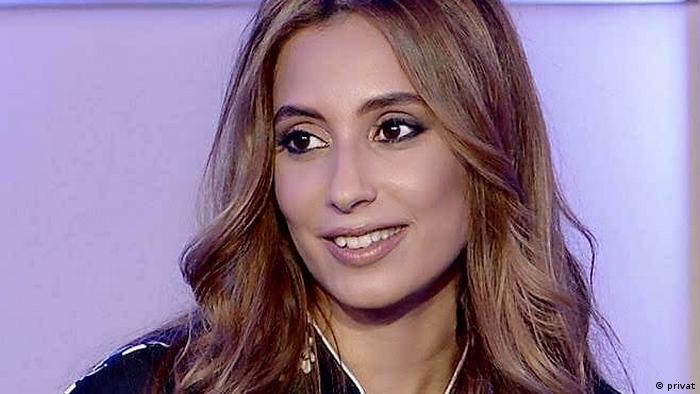 How is the Lebanese government justifying and explaining political decisions being made during the corona crisis? Are radical measures such as lockdowns actually legal? And which official statements can the public rely on? A new fact-checking website has been developed by the Maharat Foundation, a partner of DW Akademie. In an interview, program manager at Maharat Foundation, Layal Bahnam, described the Fact-o-meter's objectives, methods and challenges.

DW Akademie: What are the Fact-o-meter's main goals?

Layal Bahnam: The Fact-o-meter aims to strengthen evidence-based journalism by fact-checking statements made by politicians, in order to raise public awareness about accountability issues related to public institutions in Lebanon.

Corruption is a topic of great interest to our Lebanese audience. In October 2019, protests began over the high level of corruption among the political class and dysfunctional public institutions. Protesters describe this as propaganda and misinformation. Although the Access to Information law came into effect in 2017, public disclosure is still slow and citizens and journalists can't easily access information. So we came up with the idea to develop the Fact-o-meter to check politicians' statements in four areas: governance, energy and the environment, freedom of expression and gender. 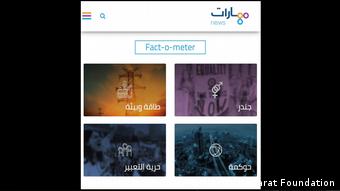 The team checks statements in four areas: governance, energy and the environment, freedom of expression and gender

DW Akademie: How does the fact-checking work?

LB: The journalists gather relevant data on specific topics such as laws, official documents, contracts and other sources of evidence-based data. The team looks for relevant statements that can be fact-checked and that should be based on facts, numbers or statistics. The journalists then analyze the statements' accuracy with the help of reliable experts. In the final step, the statement is evaluated as being true, half-true or not true.

We designed this approach in close collaboration with the fact-checking community. The Fact-o-meter was also recently assessed by the International Factchecking Network (IFCN) and accepted as a certified network member.

Maharat Foundation is also currently developing the software Maharat Tracker. It's a social targeting tool for monitoring the social media activities of public actors. The Fact-o-meter team will use the software to facilitate the monitoring of relevant statements.

DW Akademie: What are the biggest challenges for fact-checking ?

LB: One of the challenges is that officials in Lebanon often don't base their statements on data, so it's hard to find statements that are based on facts rather than on opinions or political positioning. Fact-checking in a divided society like Lebanon is also challenging. Every statement made by a political figure is related to a specific community, and this makes the work more difficult. 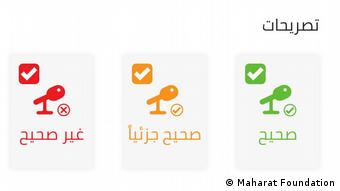 In the final step, the statement is evaluated as being true, half-true or not true

Fact-checking isn't easy due to a lack of access to data for journalists or the general public. Journalists sometimes also lack the economic or legal background necessary for specific topics. Another challenge is the political affiliation of alleged experts. Our Fact-o-meter journalists rely on the inhouse expertise of Maharat's own legal staff for cross-checking information and evidence.

DW Akademie: What has been the overall response to your website?

LB: The Fact-o-meter is still a fairly new section on Maharat's news site, so the first phase was a learning experience for our team. But we feel that since the protests, people have been keen to share articles related to accountability issues, especially those related to topics like energy and good governance. For example, an article fact-checking a statement made by the Speaker regarding oil and gas got 1,000 shares on the website. We're also reaching 40,000 viewers with our articles and videos posted on Facebook.

DW Akademie: Why has fact-checking been particularly important during the corona crisis?

LB: We're currently monitoring decisions and decrees issued by the government to justify measures for fighting the spread of the virus. For example, we've checked the legality of imposing a curfew without an emergency law. We've also looked into the legitimacy of allowing private jets to land in the airport, and other measures. We feel this type of work is particularly important during a crisis like this, where governments have a tendency to expand their powers and to put in measures that aren’t always legal, necessary or appropriate.

For several years, DW Akademie has been supporting the work of the Maharat Foundation, a partner in Lebanon, and has helped develop the organization's strategy. This includes a stronger focus on fact-checking. Together with the Foundation, DW Akademie is also strengthening fact-checking initiatives in the Arab world with events and trainings. The project is funded by Germany's Federal Ministry for Economic Cooperation and Development (BMZ).

In Lebanon, DW Akademie supports platforms for dialogue between different social groups, and especially for refugees and young people. (07.06.2019)