The popular drama series is the region's first to be aired on Netflix. Producer Kamau Wandung'u told DW Akademie what the series means for Kenya’s growing film industry. 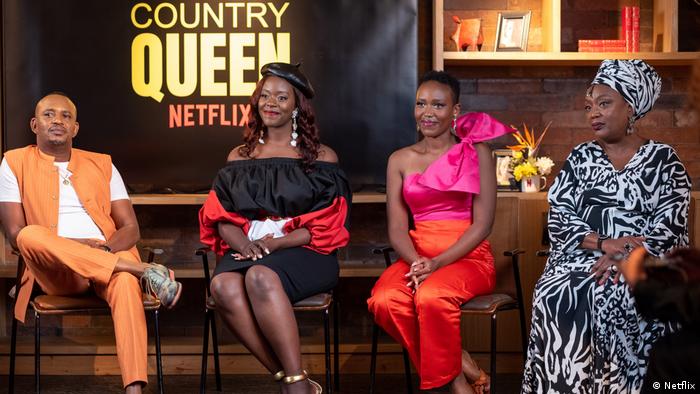 "Country Queen" is the first Kenyan Netflix series, a success for the region and a great opportunity to showcase Kenya's untapped creative talent. The series did not start off as a Netflix project but was the culmination of an idea, a group of Kenyan writers and a team's willingness to take chances. Producer Kamau Wandung'u explains.

DW Akademie: Congratulations on the show, which for two weeks was the most popular Netflix series in Kenya. How did it come about?

Kamau Wandung'u: It’s not only the first Netflix series from Kenya, but the first from East Africa, a big milestone for all of us here. It really began by finding a group of young creatives for trainings organized by [executive producers and DW Akademie partner] Good Karma Fiction to create a high-quality telenovela called "Country Queen".

Yet we did a little research in our trainings and found that people in the streets wanted strong, female characters, a realistic story and something happening outside of Nairobi for a change. "Country Queen" then slowly developed into a drama series, but we did keep some elements of a telenovela, like the love triangles.

And what were the next steps in making the drama series?

We created the script for the pilot and Carla Böhl from our trainings, a Brazilian director who specializes in telenovelas, became our mentor for the shoot. She and Vincent Mbaya were the co-directors for the pilot – it was also the first episode of the series – and they learned from each other. We thought if we made a pilot, we could talk to Netflix, but they were a bit hesitant because the first question is always: How many subscribers do you have in your country? They only chipped in some money but they did give us their platform. The rest of the money came mainly from Germany, not just from the BMZ [Germany’s Federal Ministry for Economic Cooperation and Development] but from [public broadcasters] Arte/ZDF, individuals, and even from the Ford Foundation.

What were the biggest challenges in 2021 when you started filming the series' five other episodes?

For us, it was the coronavirus pandemic. On the first day, the main actor for the shoot tested positive, so we had to pause the shooting. We were working with only sixty percent of our projected budget, so even a day lost was a big deal.

The other major problem was a psychological one: Were we good enough? We knew at this point that it was going to be on Netflix, but we wondered if it was going to pass their quality control. But even with all the challenges and expectations, we ended up finishing two days under the scheduled shooting time.

Why is "Country Queen" an important story to tell?

In Kenya, we’re dealing a lot with corruption. We're not pointing fingers here in the series, but we're starting a conversation about it. And then there's also child exploitation – not just like what we see on the screen with child mine workers – but it's happening in all sectors of the country. We want people to take this fictional story and think about the kind of societal challenges they're facing.

The series has now been out for almost two months. How does that feel?

When you spend so much time with something like "Country Queen", you start having doubts whether it's really good. But then people started posting about how they binge-watched it and it was the number one most-watched on Netflix. I've had a hard time believing the impact it's had. But now I can't stop talking about it and I'll tell anyone, the petrol attendant, the shopkeeper, to watch the show. 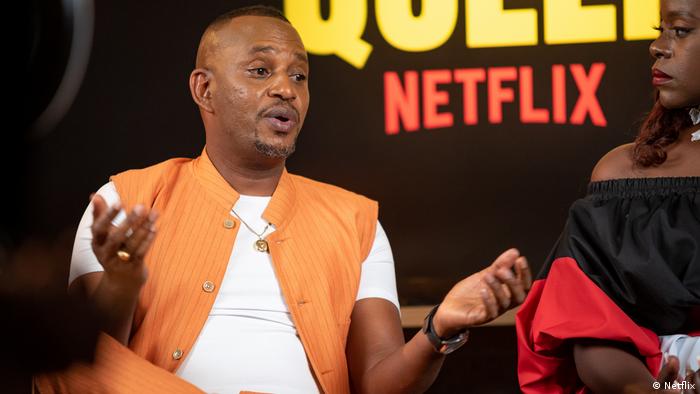 What impact do you think "Country Queen" will have on the film industry overall?

I think it's having a big impact on the region, and that it was a Kenyan production. This is one reason why I'm indebted to the German partners. From the very beginning, they wanted it to be a completely Kenyan show and, in fact, 98% of the people involved in production were Kenyans. This has shown the Kenyan film industry and the broader industries that we can really produce, that we can compete with the world. We might not compete with budgets, but we can compete with the stories we have to tell, and we can actually tell them.

This is what makes "Country Queen" a popular show in Kenya. It has a story that resonates with people. And it has the depth needed for someone to feel "This is a story I want to invest my time in."

The DW Akademie film industries team supports and implements projects that aim to strengthen the economic systems of film industries in the Global South and to contribute to freedom of expression. Funded by the German Federal Ministry for Economic Cooperation and Development (BMZ), DW Akademie professionalizes and qualifies filmmakers in the creation, production and distribution of films and series.

Country Queen: Behind the scenes of Kenya's first Netflix series