Gavin Rees: "The more we understand about trauma, the more resilient we are likely to be" 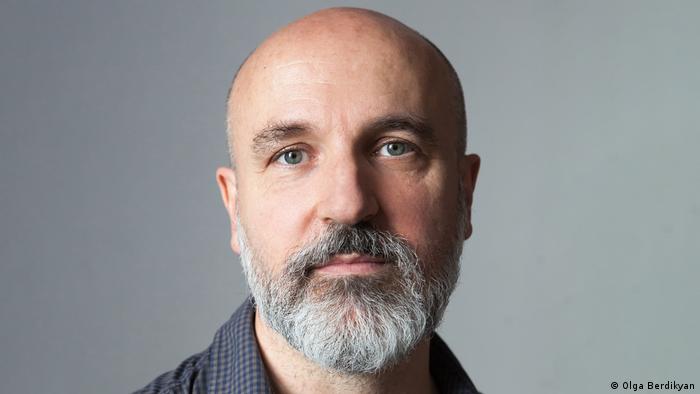 Together with its local partner API (Association of Independent Press) in Moldova, DW Akademie is increasingly focusing on the safety of media professionals. At a recent training session, participants discussed not only physical safety and first aid for journalists, but also on issues of mental health and resilience. Gavin Rees has done work with the psychological consequences of journalistic reporting for more than 15 years and is a senior advisor for the DART Center for Journalism and Trauma Europe. In our interview, Rees explained that mental health is just as important as physical protection for media professionals.

DW Akademie: When we talk about safety for journalists, we often talk about physical protection and frontline situations. Do you think psychological dangers are often ignored?

Gavin Rees: When we talk about physical safety, we often talk about making good decisions in very stressful environments. The more we understand about our own psychology, when we are exposed to trauma and violence, the better we can make informed judgements. When journalists get into longer term psychological difficulties, it is very often due to the involvement with trauma-affected populations and feeling overwhelmed by the content. It’s quite easy for journalists to become burned out or jaded or to have all kinds of vulnerabilities that come from working with traumatic content. So, the more we understand about trauma, the more resilient we are likely to be. This isn’t about being self-indulgent and prioritizing our personal feelings over the populations that we are reporting on. It’s actually about understanding the connection between our own psychological state and how effective we are with our job.

Journalists from Moldova have a lot of resources. They have their experience and their skills. But maybe they haven’t had as many opportunities yet to come together and talk about what might help them deal with topics like intimidation, online harassment and so on. People might sometimes feel overwhelmed when they are attacked, but actually within the community here there are plenty of resources and ways of expressing solidarity.

Moldova is very close to the war in Ukraine. Do you have the feeling that this has an impact on the media professionals here?

I’m sure it has an impact. You might think about it as some extra added background radiation. It might not be something the people here are consciously thinking about all the time, but the potential of war coming to the country, along with the divisions that have affected Moldova have created an environment that highlights the current sense of threat and stress that is being felt.

Social media has become an additional threat to journalists. Are there groups that are especially vulnerable in this regard?

Journalists covering topics like crime and corruption get more threats and hate messages. Some political and criminal actors resort to using online abuse because it can be very effective in undermining people. We see this particularly on issues surrounding disinformation and so-called fake news, in the sense that it undermines professional values and it can even make journalists doubt their purpose, which is very corrosive. Online abuse is a targeted weapon used by a few to silence journalists and to prevent them from doing their job – which is to report on what is going on here in Moldova and the region.

We live in an era of multiple crises: Climate change, the effects of the pandemic and of course the war in Europe. Journalists have to cover all of this. Do they need a new toolset that makes them more resilient?

What we need is greater awareness to the various ways that negative and threatening content can affect us as journalists. It’s very important to have a better understanding about what trauma and stress are – and of the ways they can affect us. That understanding makes it much easier to mitigate those impacts. Shared knowledge and understanding are crucial tools in helping individuals develop their own strategies for resilience. And resilience is not just up to an individual to foster. It also exists in the connections that we have with others. The more knowledge we have the better we can look out for ourselves and our colleagues, while finding ways to deal with intimidation and other forms of threats.

If you had to give three tips for journalists on how to deal with the stressful reality that they are seeing and reporting on every day, what would they be?

A lot of the evidence suggests that the most important thing is social connections and solidarity. Another one is to have a strong sense of meaning, purpose and understanding as to why we are working as journalists. People sometimes also call it a "mission", but you can think about it as values. If you look at the various actors in the world who try to silence journalists and who do it through tactics of abuse, you understand what they do is not only attack journalists as individuals but also journalistic values. And the most important thing for journalists is to stick to our values and to give the public the information it needs to make tricky and consequential decisions. Also, very importantly, we need time for recovery to make sense of things and to make the right judgements about what to concentrate on.

DW Akademie's activities in Moldova focus on media and information literacy, and on the qualification of young journalists and instructors.

Angelina Kariakina: "In Ukraine, journalism is a means of survival"

In order to keep the information flowing in Ukraine, Angelina Kariakina and her team are going to the limit. We spoke to the Head of News of the Ukrainian public broadcaster UA:PBC about daily challenges for journalists.