Designing journalism formats isn't about magic or luck. It's about using creative techniques and user-focused approaches to come up with ideas that that can be put into practice. 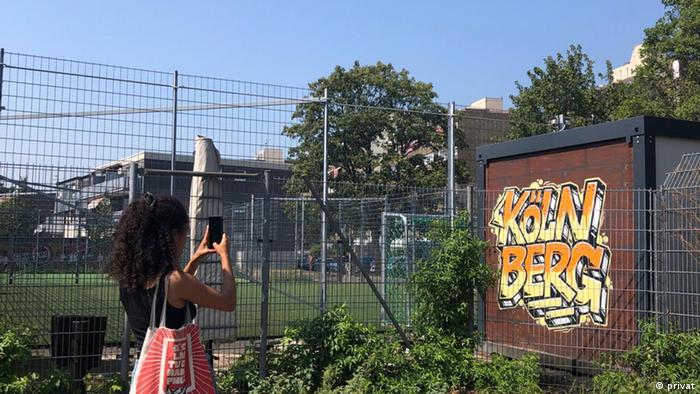 Trainees and editors from Germany's Deutschlandradio and staff from the broadcaster's archive and marketing departments recently took part in a DW Akademie media training workshop and in just a few days designed new formats for Instagram. Stefanie Vomhof, project manager with DW Akademie's Media Training, and Nico Brugger, trainer for social media and format design, explain the methodology they used. 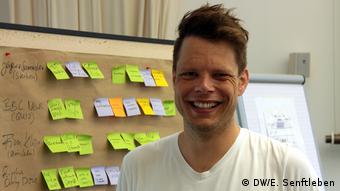 How do you teach journalism format design?

Nico Brugger: The best way is for participants to become active themselves. They look at the challenge in front of them and then apply a methodology to come up with possible solutions.

The group from Deutschlandradio had the task to design a new Instagram format for young users. We used Google's Design Sprint methodology for this, where participants can design a prototype in just five days.  So on Day 1, they focused on understanding the problem; on Day 2 they looked at possible solutions; on Day 3 they chose the most promising ones; on Day 4 they developed prototypes; and on Day 5 they had users test them. 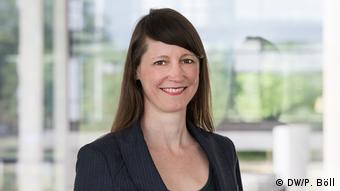 Stefanie Vomhof: We also like to start with the basics. In this case, participants had already had four days of training in image design, filming and post-production using a smartphone and audio recordings. In other words, the tools they needed for putting new ideas into practice.

Who is the format design workshop aimed at?

Vomhof: We originally developed the Deutschlandradio training for their journalism trainees, but other colleagues have also taken part, including experienced editors, archive staff and other trainees. The knowledge they bring with them varies, of course, but a diverse group like this can also be enriching.

Brugger: It's important to have participants from all areas that will later be applying the format because they look at problems in different ways – for example, journalists and media designers as well as staff from sales and marketing. 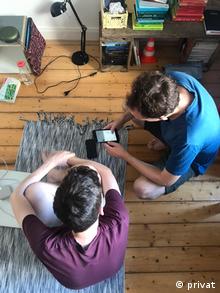 Day 5 of the five-day design sprint has users testing the prototypes. Why is this step so important?

Vomhof: Because real users try out these ideas right away. Design sprints are so useful because you get instant, unflinching feedback.

Brugger: User tests can be painful, but it's a bit like when children say things so directly – you might take a deep breath but you can't really get angry. With the user tests, the users try out the prototypes under real conditions. Were they able to find the format and could they click on it? What did they like? What didn't they like? And why? This way, sprint teams recognize 80% of the prototype's initial stumbling blocks early on.

User tests also help media workers design formats for target groups they are otherwise less "connected" to. For example, if they design a prototype for a young audience but test users find it embarrassing or fawning, that will show up in the test results. By comparison, in an editorial meeting, reactions might be milder, along the lines of "Well, that colleague really tried hard." 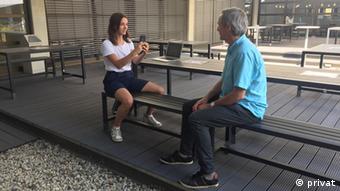 Pia Behme from Deutschlandradio filming for the format design sprint

Brugger: They're not, but to be honest, in many editorial departments, format design involves little more than brainstorming in large groups. The result is a draft paper for a new format that, if you look closely, only consists of key words like "approachable main figure," "young target group" or "journalism at eye level."

In the car industry, no group of engineers would ever brainstorm using a few key points and then seriously think they'd designed a new limousine. Creative format design is a targeted process. I won't deny that the last 30% is ingenuity, but basically, it's a craft.

What do you need for a format design sprint to succeed? Or: when do you know it won't?

Brugger: It's guaranteed to go wrong if the group thinks they're designing formats for the boss. Although he or she makes the final decision, that person bases it on the user test results. So for it to succeed, it's really important to define certain aspects ahead of time: What type of format do we need? Who are we designing it for? How do we measure success or failure? Answering these questions is what counts.

Vomhof: When we offer and plan a workshop, we try to find out beforehand what is feasible for the media organization involved. What production possibilities do they have? Who will later implement the format so it becomes part of the editorial staff's daily work? Is there an editorial desk or department where the new format will be based? For participants, the training's great because they work on real formats and don't leave the workshop feeling they won't be able to apply most of what they've learned.

Brugger: The work after the training is also important. Participants need to make pilot versions of the prototypes and then test them again and again as part of regular operations.

Journalistic innovations - developing new and relevant ideas that users love – that's what the industry dreams of. Are format design sprints the solution?

Brugge: They're a possible solution. But there are also other approaches. A five-day sprint doesn't answer all format-related questions. Half-day workshops can also make sense. But it's important to have clear goals, a benchmark for evaluating ideas, and that participants stay at it.

Vomhof: We offer advanced training for journalists here in Germany, which corresponds to our media development cooperation trainings for international media professionals, and there's an increasing demand for this. We also benefit from the expertise of our DW colleagues. For example, we ran our workshop for Deutschlandradio journalism trainees and editors together with DW's journalism training department.

This year we're also holding workshops for the German broadcaster Saarländischer Rundfunk and will focus on social media. We'll be looking at various aspects of stories and posts on Facebook and Instagram, as well as search engine optimization and verification. We design our trainings to reflect our clients' needs, and trainings can be anything from just short sessions to workshops that last several weeks.