For Ghanaian journalists, physical attacks and legal battles are on the rise 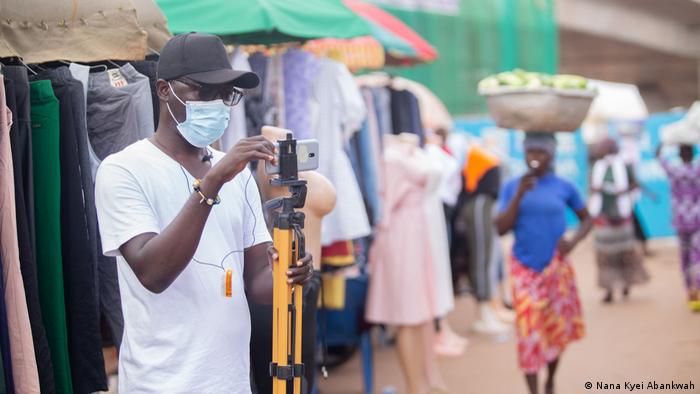 In many ways, Ghana has been a pillar of press freedom on the African continent. While most countries in the region have struggled with an independent and viable press, Ghana has maintained a diverse and flourishing media landscape.

Yet according to the Reporters Without Borders' 2022 World Press Freedom Index, Ghana has stumbled significantly in its rankings, from 30th to 60th out of 180 countries over a single year. So, what happened, and what can be done about it?

The past five years have been fraught with legal and economic hazards for Ghana’s media houses, while journalists have faced threats and even physical harm.

Most recently, journalists have faced a spate of violent attacks throughout the country, many from major political party supporters. Reporters Without Borders (RSF) has recorded 14 cases of abuse of journalists, including five arrests, since the beginning of 2022 alone.

"What am I going to face? Is this safe?”

Investigative journalist and editor-in-chief of The Fourth Estate Manasseh Azure Awuni has had his own experiences with intimidation. In the past five years, he has received death threats and has been unsuccessfully sued multiple times for defamation. 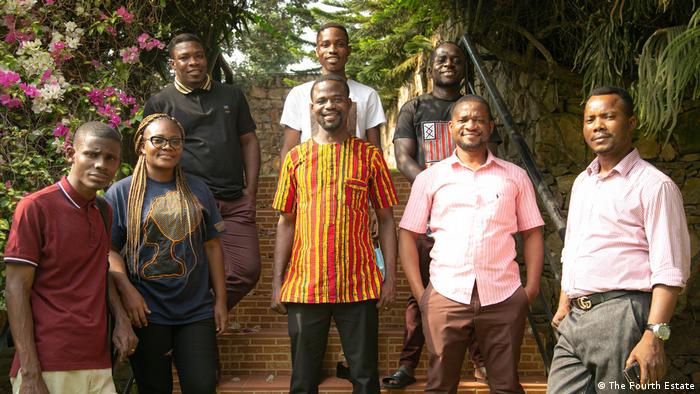 Awuni says the government is less tolerant of dissent, and that this affects how well journalists can do their jobs.

"I have been a journalist for the past twelve years, and I can say for a fact that previously, if I had something to write or report, my major concern was, 'Is this truthful? Is this factual? Can I defend this?' But now, my overriding factor is, 'What am I going to face? Is this safe?’"

In Ghana’s shifting media landscape, DW Akademie, with its partner Media Foundation for West Africa (MFWA) and their project The Fourth Estate, the goal is to maintain journalism's integrity. Established in 2021, The Fourth Estate produces in-depth investigative pieces focusing on anti-corruption. Their aims are on long-term projects that would not be impossible with just the budgets of most private media houses in Ghana. 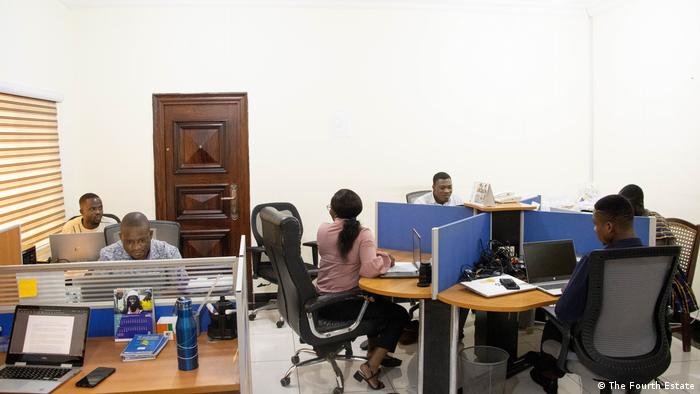 Yet attacks are not the only problems facing journalists in Ghana. Special interests and political party investment in the media are also concerns.

"About one third of the media belongs to politicians and political personalities," Marong stated, "and their content is partisan content."

One way to work toward a more balanced media landscape is to ensure that journalists are well-equipped to counter and handle biased news. As such, MFWA has developed professional development workshops which can help journalists improve their fact-checking and data journalism skills.

"This is one way to address the current challenges faced by the media, and we hope that we can share the learning and increase the reach of this project," project manager Ama Kodjo explained.

Project partners such MFWA and their initiative The Fourth Estate help counter an increasingly polarized news space. While the organizations recognize there is no antidote to violence against journalists, they agree the way forward is through strength of purpose and supporting unbiased reporting.

Which is precisely what DW Akademie's partners will continue to do.

MFWA is a project partner of DW Akademie, funded by the German Ministry for Economic Cooperation and Development (BMZ). DW Akademie projects in Ghana aim to strengthen a public dialogue that rests on fact-based, balanced reporting – not just in the country's capital Accra, but across the country.

Is free speech a crime in President Akufo-Addo's Ghana?

Journalists and civil society activists who speak their minds about public figures and the government are being hauled off to court in Ghana. This recent spate of arrests and prosecutions has many worried.