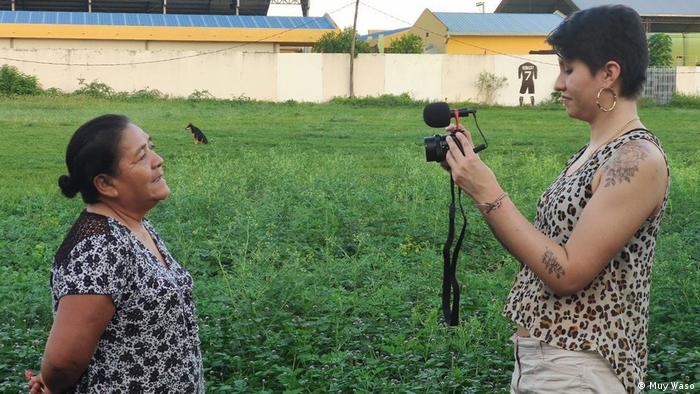 Michelle Nogales: Bolivia is a really patriarchal country. We [at Muy Waso] think that it is important to also listen to other points of view and voices. For instance, how Bolivia is dealing with the health crisis and the environmental crisis. And I think that women have a different and important point of view to contribute to both: They can show possible solutions and different ways to do things. There are a lot of women who are involved in leadership, creating things and finding solutions but chances are you’ve never heard about them because history made them invisible. So, it is really important to us to tell stories about women. 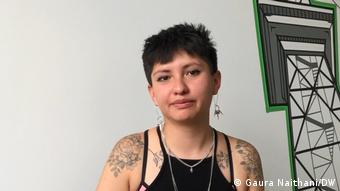 "History made women invisible." – Michelle Nogales is a feminist journalist in Bolivia to change that

We recently produced a podcast episode about the first Aymara trans woman Brígida Ajata. Aymara is an indigenous culture in Bolivia. In the podcast, she told us how she was struggling with the pandemic, having no income and how she got over it by starting her own small business as a craftswoman. She is now selling pewter key chains and pins. We want to inspire other women – in this case especially, other trans-women.

The rights of transgender people in Bolivia are systematically violated. They are almost always denied the right to work, health, education and justice. Brígida, like many trans people in the country, faces the adversities of a conservative and macho society. She had to fight within her family and outside her family to be who she is: a free and happy woman.

Muy Waso is the first feminist online magazine from Bolivia – by now reaching a broad audience across borders. What is feminist journalism about?

Feminist journalism means to give a point of view that is not one-sided but inclusive. A space where we can talk about our diversity: about our different ethnicities, about diverse sexual identities. It is about speaking freely and independently. So, feminism for us actually means freedom. Where you can also point out the people or the problems that harm you as a woman. We are trans-feminist, meaning we focus on women’s issues including LGBTQ+ people.

What also matters for us is  working people, the poor people who are struggling with so many things. We want to make the world know that these people have many ideas, that they have needs, that they do things. Most of this is not shown by Bolivia’s big media which monopolize the information and give only very partial information. So, we are showing the people the people’s information, the people’s worlds and needs. We show another reality that exists, that is even the majority’s reality in Bolivia. This kind of reporting is very important to us. 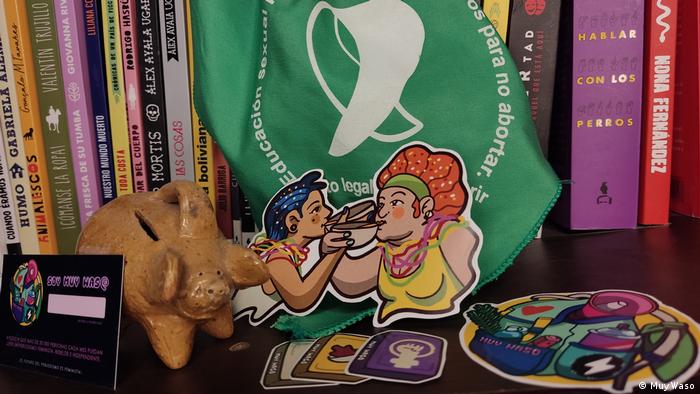 Please tell us your secret of success…

Thank you for this, but there is actually no secret. It has been and still is a lot of hard work. We started the magazine for the first two or three years with two people, me and Mikhail Miranda. Since last year, we’ve grown very fast and now we are nine people in our team.

I think the most important thing was to never stop, to keep on working but also to be in a continuing learning process. We are learning all the time, we are looking around South America, what is happening in neighbouring countries. We are talking to and collaborating with other media outlets.

Also, we try to be creative, for example, by exploring new formats, like our podcast. We just jumped into the pool with it. We didn’t know how to record and edit audio but we did our research, took some workshops and just did it. We weren’t professionals in video-making either, we just decided to do it. And now we are on our way to being the first multi-media and multi-format media from Bolivia.

You use DW Akademie’s open-source software Colmena for your work, you even were part of the development process. How feminist is Colmena?

Colmena is a feminist place because of two things. There are a lot of women involved in the development of Colmena. We heard about their different realities. Colmena is meant as a safe space: No discrimination, no racism, no machoism, no trans- or homophobic attitudes, no misogyny. We discussed it in the whole co-creation process of the app and came up with the rules for using Colmena. Now you know there is nobody with aggression towards you and there is no hate speech. You can talk freely about your ideals and why it is important to you to as a woman and as a feminist.

And last but not least, Colmena is feminist because of the content we produce with the help of the app.

The first feminist online magazine for digital culture and entertainment from Bolivia, Muy Waso, was founded in 2018 by Michelle Nogales and Mikhail Miranda. Its mission is to build innovative and creative journalism for social transformation, from a feminist and popular perspective, with high standards of investigation and verification, focused on the defense of human rights. According to the media outlet, its website receives more than 40,000 monthly visits and its social media platforms have more than 20,000 followers.

Muy Waso was part of the co-creation process of the open source software Colmena, a tool box for mobile media production. DW Akademie and its Mexican partner organization REDES A.C. developed the app together with local and community media from Latin America and Africa.

The Colmena project is part of the global initiative 'Transparency and media freedom – Crisis resilience in the pandemic', launched by the Federal Ministry for Economic Cooperation and Development and DW Akademie.

In times of crisis, viable information saves lives. But how can we ensure that local media sustain their reporting in challenging times?