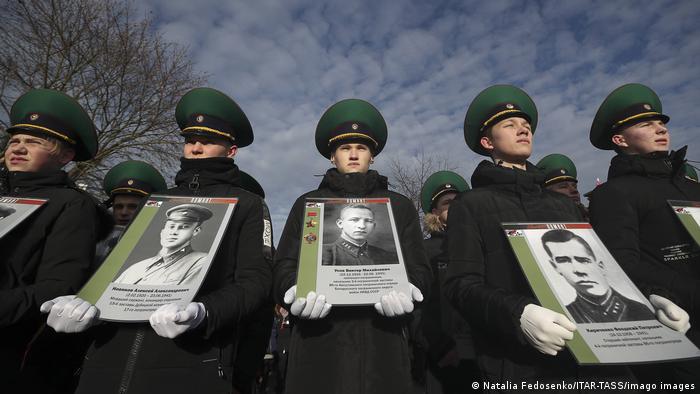 When the past goes unquestioned: Belarusian Soldiers commemorate the 75th anniversary of the victory over Nazi Germany.

DW Akademie: In your magazine ARCHE you focus on the critical reappraisal of the history of the Second World War. Why?

Valeriy Bulgakov: We are in a post-colonial situation in which our society wants to learn more about its own history. The academic institutions are controlled by the state and do not impart this knowledge. The National Academy of Sciences of Belarus has a department for the history of the Great Patriotic War with eight employees. Their research topic is the Second World War. But the very name of the department is propagandistic and ideological. The myth of the Great Patriotic War and of victory in this war is an integral part of the official historical narrative. And the political leadership of the Republic of Belarus adheres to the maxim: "He who controls the past determines the present." According to this narrative, the current role of President Alexander Lukashenko as the king of Belarus is the logical consequence of the most important events of the recent past: the victory over Nazi Germany, perestroika, and the Lukashenko era. A critical analysis of our own history is therefore not on the agenda for political and ideological reasons.

Western publications often deal with the collaboration of the local population with the Nazis and the role of the Belarusians during the Holocaust. How do you treat this in ARCHE? 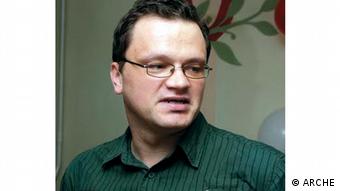 We are not afraid of such complex issues. The national historical mythology portrays the Belarusians exclusively as victims of the Nazi occupation. But the facts often look different. Neither Belarusians, nor Ukrainians or Poles initiated the Holocaust, but they were often accomplices. And we see it as our duty to familiarize readers with such critical publications. The historian Leonid Rein — he teaches as a professor at the University of Haifa and comes from Gomel in Belarus — published a book in 2011 called "The Kings and the Pawns." In it he examines various aspects of the occupation of Belarus. One section deals with the 30th Waffen Grenadier Division of the SS, which comprised some 10,000 Belarusians and was transferred to France in 1944 to fight French partisans. It is interesting for us to publish such research results because they are not very well known in Belarus.

Do you trigger public discussions in the country by publishing such stories? Or among professional historians at least? Does it present a challenge for official historiography?

It’s an interesting situation. On the one hand, we live in a very authoritarian system, and on the other hand, in 2018 in the State Museum of the Great Patriotic War, we presented a book by the German researcher Christian Ganzer, who is extremely critical of official historiography here. Unlike propaganda, scientific publications are very difficult to question. That is why we do not have tough ideological battles with state ideologists.

On the other hand, publications about the collaboration of Belarusians with the Nazis can cause criticism from nationalist forces, such as the Belarusian People’s Front. The strongest criticism of our publications comes mainly from representatives of the Belarusian diaspora abroad. These are people who left their homeland in 1944 and 1945. In order to integrate themselves into Western society, they often rewrote their biographies and concealed their deeds during the war. Therefore, the truth about the war, about collaboration and about the Holocaust is very painful for the Belarusian diaspora in the West. Belarusian nationalism, on the other hand, was and is extremely weak, which is why there are practically no negative reactions from the right. 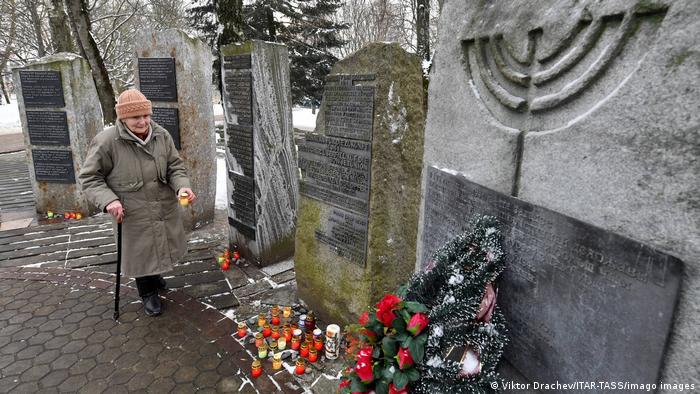 The whole world recently celebrated the 75th anniversary of the end of the war in Europe. Why do you think that people should still remember and talk about this war?

Take recent events. On May 9, 2020, in the middle of the coronavirus epidemic, Lukashenko held a Victory Day parade in Minsk, on the 75th anniversary of the victory in the Great Patriotic War. This government does not see it as a victory of the Soviet Union, but rather a victory of Belarus over fascism. The state declares itself the heir of the victors and equates the opposition with the traitors and collaborators who worked for the Germans during the war. And the media also spread this narrative. Civil society is trying to counteract this narrative, and such commemoration days are well suited to sparking public debate on the subject.

ARCHE is a bimonthly journal of literature and social policy published in Belarus, in Belarusian. Educated, independent thinkers form the bulk of its readership. The magazine was founded in 1998 and today has a print run of about 1000 copies as well as a website (arche.by). Valeriy Bulgakov, our interview partner, has been editor-in-chief since its foundation. ARCHE also publishes books in partnership with Belarusian and foreign (Polish, Lithuanian and Russian) publishers.

Whereas state media and state-funded research in Belarus propagate a narrative of recent Belarusian history that benefits the autocratic regime, ARCHE stands for a critical approach. In addition to articles by Belarusian authors, the magazine also features works by foreign historians and political figures that counteract the official narrative. The focus is on the history of Belarus and the national narrative in relation to the Second World War, the dark Stalinist era and the Holocaust — topics that have been widely discussed in Belarus recently.
Time and again the magazine has come under the government’s scrutiny. In 2012 Bulgakov was arrested on suspicion of extremism and ARCHE’s accounts were frozen. After his release, Bulgakov fled abroad. In 2013, after the proceedings were dropped and the accounts released, Bulgakov returned to Belarus and resumed his position as editor-in-chief.

In 2017, ARCHE succeeded in being reintegrated into the state newspaper distribution system — an important success in a country where the distribution of newspapers and magazines to kiosks and subscribers is entirely in state hands.