Communicating for peace was the focus of a DW Akademie project in Burkina Faso's capital, Ouagadougou. Invited were members of organizations committed to social cohesion and keeping the country together. 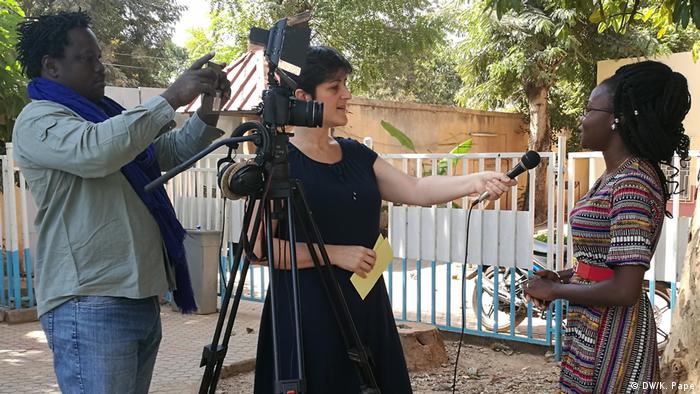 Boris Somé has witnessed atrocities far beyond what most people could imagine. In 2009 he was a student travelling in eastern Congo when his bush taxi was forced to stop at a checkpoint. Armed military dragged a pregnant women from the car, abusing and then killing her. Somé and the other passengers were then forced to drive on. The woman's screams still ring in his ear. 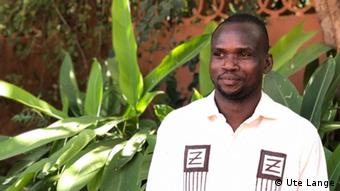 Boris Somé has witnessed atrocities that most people could never imagine

At his first job in Chad, Somé again experienced how brutal people can be when conflicts rise. He swore to himself he would do everything to prevent this in his own country, Burkina Faso.

Somé is now working for the West Africa Network for Peacebuilding (WANEP), an organization focusing on an early warning and response system to recognize conflicts ahead of time and – if possible – prevent them.

He was one of ten people recently taking part in a DW Akademie communications project in Ouagadougou, funded by Germany's Federal Foreign Office.

Others participating included members of religious umbrella organizations, youth organizations, think tanks and ethnic institutions. Although from different religions and ethnic groups, they have a common goal: to maintain the country's social cohesion. 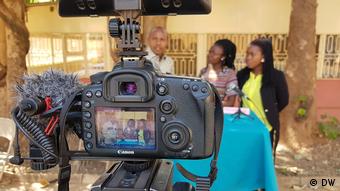 The basis for this is already there. The Muslim country has a strong Christian minority but followers of different religions celebrate fast-breaking or Christmas together. Muslim-Christian marriages are also common among various ethnic groups in rural areas.

It has only been in the last few years that tensions have increased. Islamic groups have since established themselves in Burkina Faso, a country long considered  a pillar of stability in the Sahel region. But in rural parts of the country's north, Christians, animists and moderate Muslims live in constant fear of attacks. Terrorists have also carried out serious attacks in the capital, killing dozens of people. 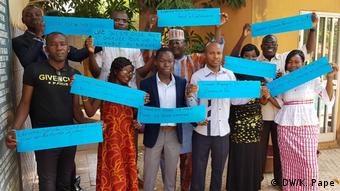 DW Akademie's two communication workshops focused on communication strategies to help prevent radicalization. Participants from local organizations learned to spread their messages of tolerance and peace through the media, and to position specific issues.

The workshops also looked at how to communicate on social media and react to hate comments. In hands-on sessions, participants practiced media appearances, produced Facebook articles with photos and short videos, and developed communication strategies. 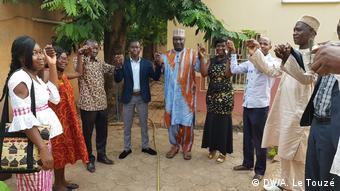 Pastor Sinini and Imam Ilboudo work together for interreligious dialogue, and offered the group practical tips. They recommended that participants  use the media to spread concrete examples of religions peacefully coexisting. Organizing exchanges between different groups to break down prejudices was also important, they said, stressing this included young people active on social media to prevent radical groups from taking over.

The workshop participants now aim to hone their communication strategies and take their peace messages to the remotest parts of the country. 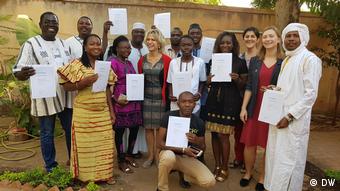 Participants with their workshop certificates

Still, Somé fears that youth lacking prospects in this poverty-stricken country will increasingly be attracted by promises made by radical groups. He hopes that people will develop a critical awareness and report to WANEP when extremists try to recruit them, or when they see conflicts becoming more aggressive or sermons more radical.

Then, Somé says, it will still be possible to intervene. "Our country's wealth is its cultural diversity," he believes, "and we need to work together to protect it."