Bringing a human perspective to reporting on migration

“Dialogos Itinerantes”, an initiative between DW Akademie, the Venezuelan media organization Efecto Cocuyo and the Salvadoran group El Faro, assists journalists and experts on how to report on – and humanize – migration. 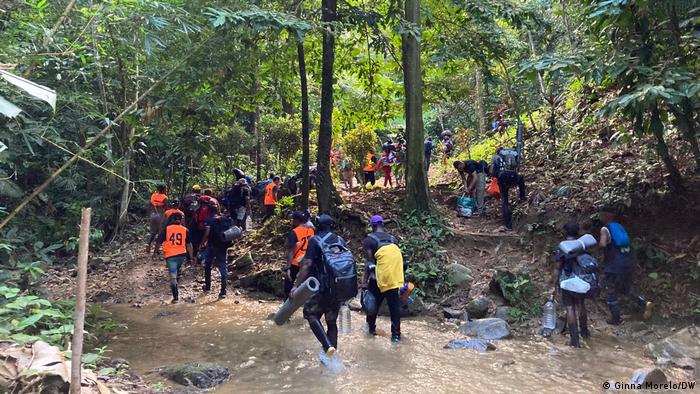 Between 2014 and 2022, the International Organization for Migration (IOM) recorded the deaths and/or disappearances of more than 5,000 migrants in Costa Rica, El Salvador, Guatemala, Mexico, Nicaragua and Panama. Between January and August 2022, 108,000 Venezuelans crossed the Darien Gap between Colombia and Panama, one of the most dangerous migration routes in the world, on their way to reach the US. 30,000 people are still stuck between Panama and Mexico, 24% of them are women, 9% of them are pregnant and 15% are children, according to Acnur Colombia.

These are just some of the figures that were shared during the Diálogos Itinerantes event held in Bogotá, Colombia at the beginning of December. Attendees discussed how these figures are not just numbers, that they are human stories, realities of thousands of people who sacrifice their lives and safety in search of a better future, and why they deserve quality journalistic coverage based on human rights. The project is supported by the German Federal Foreign Ministry.

The celebration of Diálogos Itinerantes marked the closing of the third edition of the Puentes de Comunicación project, the largest training and editorial newsroom in Latin America and the Caribbean working to improve journalistic coverage of migration in the region. It is an initiative of DW Akademie in collaboration with Efecto Cocuyo in Venezuelan and El Faro in El Salvador. 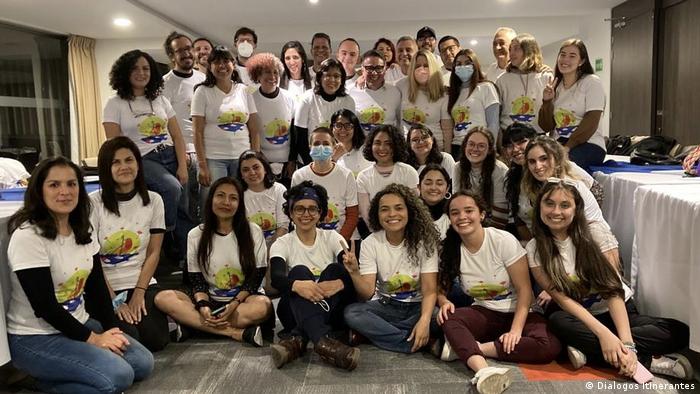 Twenty journalists and specialists in the field of migration from different countries gathered at this face-to-face meeting at the Universidad Javeriana in Bogota for workshops and discussions on the major migratory movements of the 21st century.

In addition, digital tools were presented to improve coverage of the topic, such as amap of human mobility flows in Latin America and the Caribbean. This digital platform also contains stories by 12 journalists with DW Akademie scholarships who conducted their research with the support of six editors.

"It has been a great opportunity to collectively build a migration agenda in Latin America," said Venezuelan journalist Jonathan Gutiérrez, who was present at the event.

Diálogos Itinerantes also focused on the fate of migrant children, as well as on gender perspectives and diversity in migration narratives. Special attention was given to migration through the Darien Gap. Ginna Morelo, one of the editors of Puentes de Comunicación, presented a report that showed first-hand the experience of crossing this border.

"This is the one route that must be humanized for the good of many," Morelo said, adding that journalism has a key role in the humanization process. 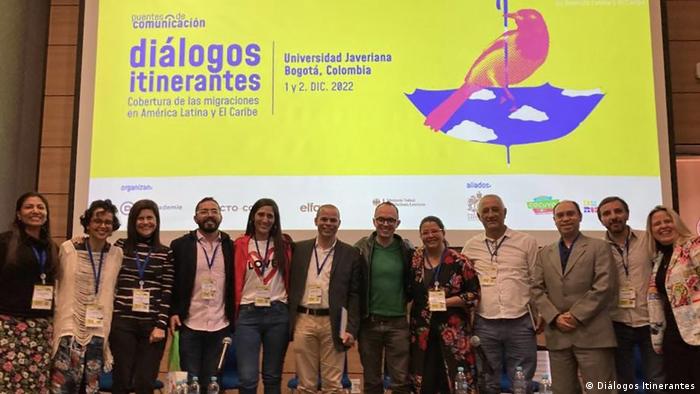 A guide for all journalists

"Migration is a break and estrangement for many, but it is also an opportunity for those of us from communication and journalism who want to build bridges of understanding, of comprehension for the friendly transit between the receiving communities, of people in mobility conditions, of governments and non-governmental organizations at local and global level," said Rodrigo Villarzú, DW Akademie's director for Latin America and the Caribbean, during the event.

Puentes de Comunicación III is the result of a broad call for journalists from the region. Over six months, 51 journalistic stories were produced and published in various media outlets. Of the 61 journalists participating in the project, 20 received scholarships to carry out their research and 12 of them attended the Diálogos Itinerantes meeting. The project is supported by the German Federal Foreign Ministry.

Latin America’s largest virtual newsroom and training center on migration coverage was created to build bridges between migrants seeking refuge and the society that receives them.