Corruption, crime, religious conflict: In Bangladesh, there are enough problems for the media to report. DW Akademie supports Constructive Journalism in the country – and figures out solutions. 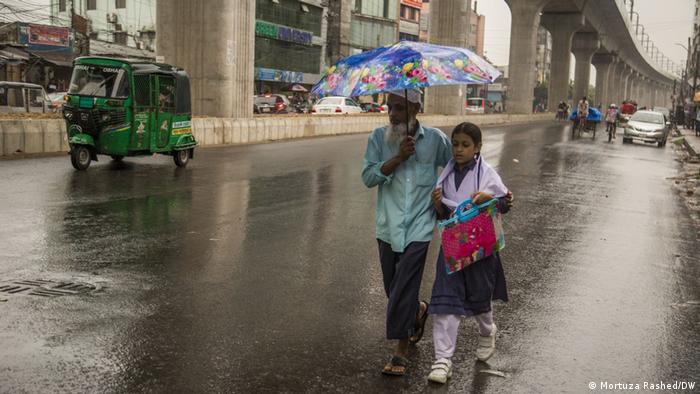 Coconuts are sold in the streets, rooftops shine red in the sun, the stucco is still fresh. For most who live in this still relatively new district, this is their first real home. The simple houses are in an area that was once an illegal settlement. The government built these houses in an effort to temper poverty and foster a certain legal stability so as to lessen constant fears of displacement. This housing support is all good news, reported on Channel I, one of Bangladesh’s largest TV stations: it’s good for the country, it helps fight crime, and it affords some stability for those seeking legal standing in Bangladesh.

Hafsa Hossain, who reported the story, is proud of her team’s work. At 42 years old, she is mostly introverted and diligent, and she knows what stories Bangladesh’s mainstream media prefer to report: political and financial scandals, or hate and distrust between religious groups, based on the idea that ‘bad news is good news’. During the pandemic, one thing became clear: Consistently bad news steered the public toward resignation and even to avoiding news entirely – despite that in a time of crisis, people need reliable information all the more. Indeed, if media report strictly on what does not function, if negative headlines dominate the news, then audience ratings tend to quickly shoot up. Eventually, however, viewers turn off their televisions, readers put down their newspaper, and they all believe their country is irreparable. 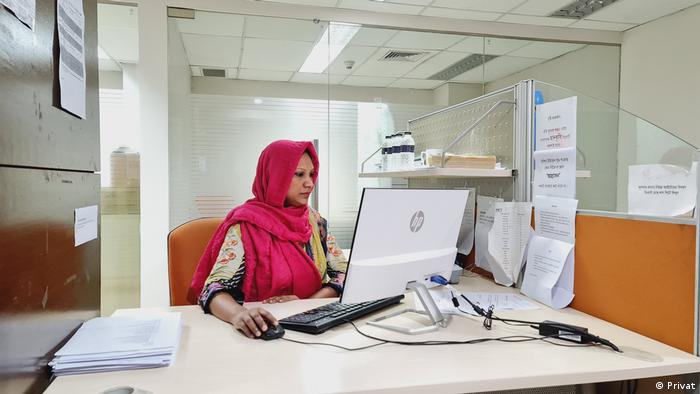 Editor Hafsa Hossain in her office

Which is why DW Akademie is supporting Bangladesh’s journalists, like Hafsa Hossain, teaching them to work using the principles of Constructive Journalism, which focuses on inspiring solutions.

Hafsa Hossain is among 10 journalists who last November participated in a DW Akademie workshop to learn Constructive Journalism skills. This spring, she and her fellow trainees, who come from throughout Bangladesh, traveled to Chittagong, a port city on the Gulf of Bengal, to participate in DW Akademie’s ‘Ideathon’. For two days, they met with some 200 people at the university campus: journalists working at the country’s most important media houses, students and local media directors. 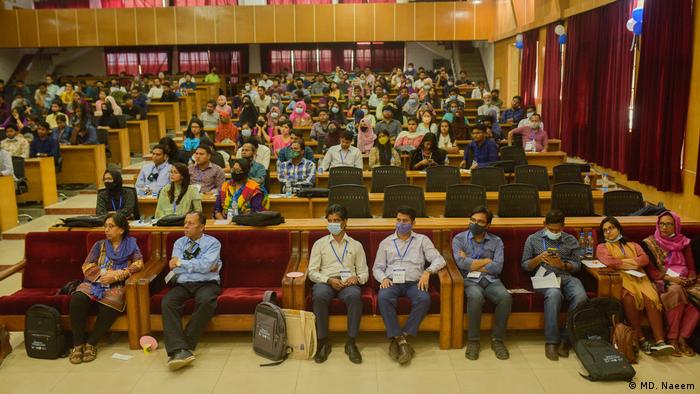 “Our journalism is often superficial,” said Hafsa Hossain about the Ideathon. “It’s therefore so important to do thorough research and to show creative solutions.”

Drawing readers and viewers into discussion, paying attention to nuance, and presenting potential solutions to problems, making them visible and doable - these are Constructive Journalism’s principles. If people only see what is wrong with the world, studies show, they become not only apolitical and apathetic but also receptive to populism, which can blunt their fears in the short-term. Constructive Journalism is both critical and investigative, based on a central question: “How can things improve?” 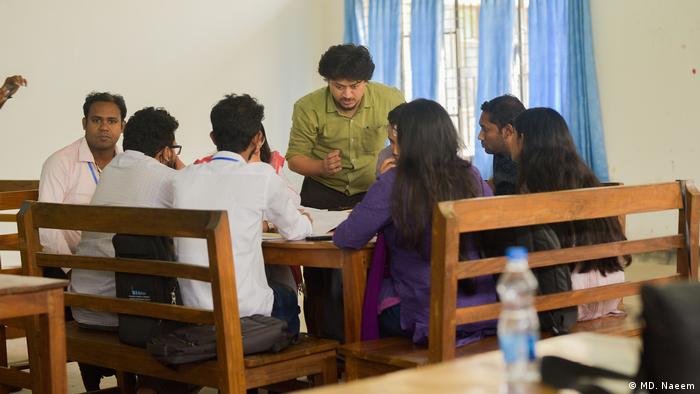 In Chittagong, the participants learned to develop their own creative ideas in response to the genuine concerns and challenges of Bangladeshis. As a journalist, Hossain wants to be part of the solution, not the problem.

Since the DW Akademie training, Hossain has been assigning her Channel I colleagues stories that will encourage viewers. The reporters and her supervisors are enthusiastic, but not always.

“We work under extreme time pressure and we’re short-staffed,” she said. “And the solutions, of course, must first be found and then researched.”

This project is part of the global initiative "Transparency and media freedom – Crisis resilience in the pandemic", launched by DW Akademie and the Federal Ministry for Economic Cooperation and Development.