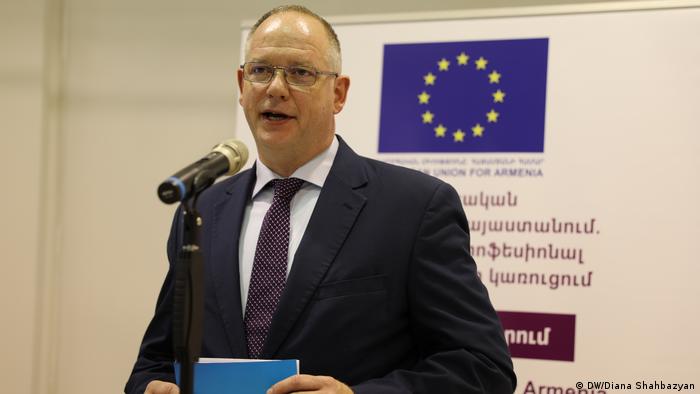 The school, inaugurated on Friday, will offer three rounds of courses by 2023. Along with trainings, the program will feature guest speakers from Armenia and abroad.

“Unfortunately, today all media managers are first of all crisis managers,” said Nouneh Sarkissian, Managing Director of the Media Initiatives Center, which focuses on freedom of expression and independent media development, as well as improving media legislation and expanding journalism protections. “I am hopeful that this school will give them the opportunity to become development managers.” 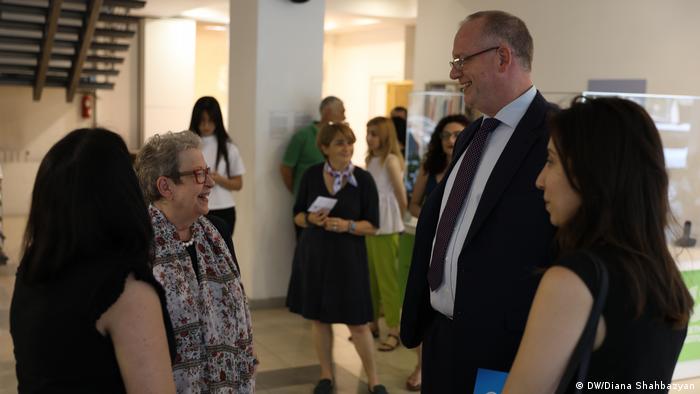 By spring 2023, MIC will organize three E-Schools with 20 participants each. The trainers are local professionals who have participated in DW Akademie's trainings. Along with regular sessions, the E-School will offer extra-curriculum meetings with guest speakers from Armenia and overseas.

While Armenian media outlets have increased in recent years, polarization is an issue. According to Reporters Without Borders, Armenia this year ranks 51 among 180 countries in terms of press freedom. Since 2018, when protests erupted during a change in government, independent online media outlets in Armenia have become a valuable counterweight against disinformation, and particularly with respect to reporting on COVID-19, tensions in the Nagorno-Karabakh region and the war in Ukraine. Securing audience engagement and trust in a democratic future for Armenia remain significant goals, and with that, too, protecting the resilience of an independent media.

“The work we do on media viability, fact checking, and trustworthy journalism is crucial,” said Carsten von Nahmen, DW Akademie Managing Director, who attended the school’s opening ceremony. “Therefore, we must unite those who believe in truth, who believe in the idea of a better outcome for society.”

The E-School is part of the "European Media Facility in Armenia- Building Sustainable and Professional Media" project, which is funded by the European Union and the German Federal Ministry for Economic Cooperation and Development (BMZ).