Women@Web: More protection for women on the Internet

Women need sufficient digital and media literacy to participate effectively in online discussions and to protect themselves from cyberbullying. This was the conclusion of an expert meeting held by DW Akademie in Nairobi. 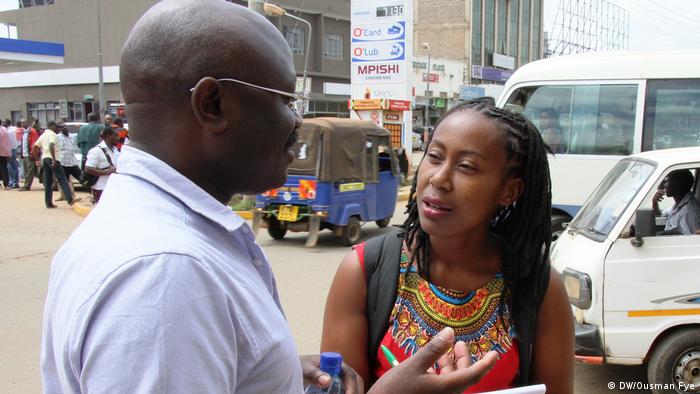 "Cyberbullying is a bitter reality. Women must learn how to take part in debates on the Internet, especially on issues affecting them directly. We have to acquire as many supporters as possible for this project," said Kenyan digital expert Okore Scheaffer. According to a joint study by the human rights organization Article 19 and the Association of Media Women in Kenya (AMWIK), seven out of ten female journalists in Kenya have been victims of cyber violence.

With this in mind, 20 experts from Kenya, Tanzania and Uganda attended DW Akademie's three-day Women@Web workshop in the Kenyan capital and discussed problems facing many East African women who use the Internet: sexism, cyber violence, digital security issues and a lack of Internet literacy. The workshop's key objective was to explore these problems and develop solutions.

Working with the human-centered design method

Using the human-centered design method (HCD), participants interviewed women in Machakos, a town near Nairobi, about their Internet habits. Attila Mong, DW Akademie consultant and HCD expert, explained the concept: "The user-oriented approach requires you to actively engage with and listen to the people concerned, instead of giving your own answers." 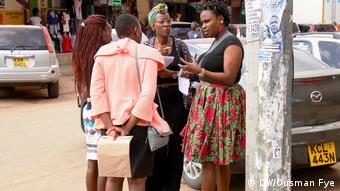 Participants identified cyberbullying, cultural norms, economic constraints and a lack of political will as major challenges. The most prominent one, however, was the lack of digital skills. "Most women in East Africa don't have the skills to effectively maneuver online. They also don't know how to harness available online opportunities," said Asha Abinallah from Tanzania.

Summarizing the meeting's key takeaways, experts agreed that digital media literacy is the most important skill East African women need if they are to use the Internet successfully, create their own content and achieve the greatest possible reach. This is particularly important for women in urban and semi-urban areas.

The goal is to empower women who only have basic Internet skills and those who are active online but don't know how to respond to threats and cyberbullying.

A study is now being planned to show how many women in East Africa use the Internet, how many own smartphones, which websites they regularly visit and how they deal with online threats and violence. Over the long term, comprehensive data could help raise public awareness about cyber violence against women and protect them more effectively.