Online attacks against women in East Africa have resulted in many women leaving the digital sphere. DW Akademie’s Women@Web project aims to enhance women's rights and help them return to digital society. 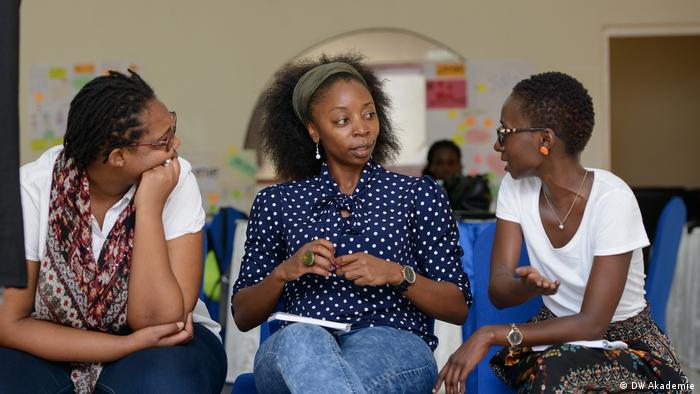 With the rapid development and increased use of digital media in East Africa, women in mostly still patriarchal societies have, at first glance, unimagined opportunities1 to express their opinions and participate in digital society. However, women who make themselves heard and visible online often run the risk of being attacked. This applies particularly to women journalists, human rights activists, representatives of civil society organizations and politicians.

Many of them suffer emotional and psychological damage from these various forms of cyber VAW, which they are often left to handle alone. Online gender-based violence exists within a context similar to what happens in real life. It is just as destructive as offline violence. Those affected rarely report their cases. Of the cases that are reported, very few are pursued. This problem is compounded by an absence of policy and legal regulations dedicated to addressing such offences in the digital realm.

In Kenya, for example, a young woman with COVID-19 shared her experiences on social media after a stay at a quarantine center. She advocated a responsible attitude towards the virus but was then mobbed terribly online. Some claimed that she was not sick at all and was paid by the government. Details and photos from her private life were published to discredit her. The message she was trying to get across did not play a role at all.

A study from Kenya, conducted as part of the Women@Web project, found that these mechanisms can often be found online: Women who express their thoughts online about socially relevant topics are often not measured by the topic and their arguments. They are instead judged based on private details that people have found out about them and then used to attack them. This massively damages their reputation and credibility. Another study conducted as part of Women@Web in Uganda showed that women who advocated for gender equality, feminism, and sexual minority rights appeared to face heightened levels of cyber VAW. A great deal of the violence that such women experience is also personal and involves their close friends and family, particularly where issues of sexual orientation are concerned. 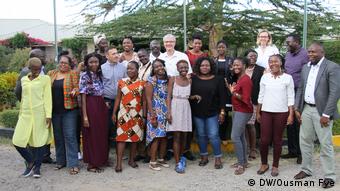 The Women@Web network at one of their first gatherings in 2017 in Nairobi, Kenya.

A general study on Media and Information Literacy (MIL) in Uganda by DW Akademie has also confirmed that cyberbullying against women is a surprisingly widespread phenomenon and for many women already normal part of their everyday life online. As a result, many women are self-censoring the content they post, staying away from controversial online discussions or leaving the digital spaces completely.

To promote greater digital participation, security and support for women, DW Akademie partnered with civil society organizations and individual multipliers in Kenya, Rwanda, Tanzania and Uganda to form the Wome@Web network, which was established in 2017. Based on the needs of affected women, the network partners developed a curriculum with modules on the following topics: digital rights, digital citizenship, digital platforms, digital security, digital storytelling and digital resilience. Focusing on these topics, regular training sessions are held for women in the four countries. The aim is to increase the overall digital literacy among women and empower them to remain in online spaces.

Peer-to-peer meetings, which are also held as part of Women@Web, provide women with the opportunity to share their experiences in safe spaces and thus receive emotional support. Through public relations and lobbying work at a national and regional level — partly based on studies that have been and will be conducted in the framework of the project — Women@Web partners raise awareness of the issues and try to influence legislation and its implementation. The Women@Web network wants to ensure that women, especially in urban and semi-urban areas, can navigate the internet more competently and securely. Only then can they take advantage of the myriad of opportunities offered by the internet.

Author: Johanna Rieß is the Project Manager for the Women@Web project at DW Akademie.