The relationship between media professionals and politicians is a shaky one. Journalists generally suspect politicians of not telling the truth while politicians assume that the media simply writes what it wants to. 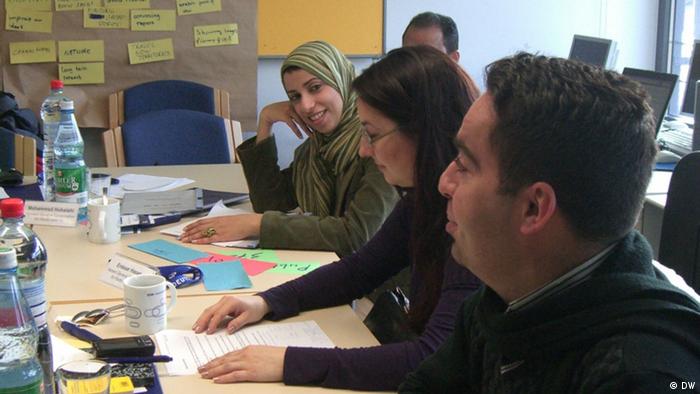 There is a lack of trust between government ministries and journalists, notes
Amel Bouziri from Tunisia's Ministry for Women and Family Affairs. As a result, the
general public is often less than adequately informed about political affairs. To help
improve the situation, DW Akademie has been holding a series of workshops that
focus on improving the communications strategies of Tunisia's political decision-makers. The project, running since mid-2012, is sponsored by Germany's Foreign Office.

One of DW Akademie's primary goals in Tunisia is to support a new generation of press officers and public relations staff so that they can support and sustain the country’s reform process. Transparency is a priority. "We realized that ministry staff were often wary of dealing with the media," says DW Akademie project coordinator Klaudia Pape. "Because of this, many ministries have never formulated a professional public relations strategy." When the public definitely has to be informed about something, ministers usually do this themselves, Pape says. "Still, the most common strategy is to simply disappear." 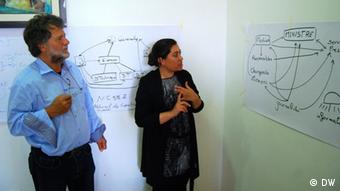 To learn how to deal professionally with the media, workshop participants look at topics such as organizing press conferences, writing press releases, communicating during crises, and determining the roles and responsibilities of ministry representatives when dealing with the media and the public. Public relations staff from all of Tunisia's 26 government ministries have taken part in these workshops.

"We've also held extensive consultations with the press offices in five ministries," says Pape. "We visited these ministries, looked at the workflows in their communications departments, talked with the people directly involved, and then offered concrete advice on how communications could be improved." Pape emphasizes that the trainings and consultations are not about teaching politicians how to hide facts or spin the news. "We offer strategies on how information can be presented to the press and the public in a transparent manner - politicians and government spokespeople need to be clear."

Amel Bouziri agrees there is a pressing need for transparency. "It plays a key role in the transition to democracy," she says, adding that Tunisia also requires new institutions to develop and strengthen the democratic process. "We need a constitution that guarantees human rights and freedom of the press and expression," she says. "That's our greatest challenge for the future."