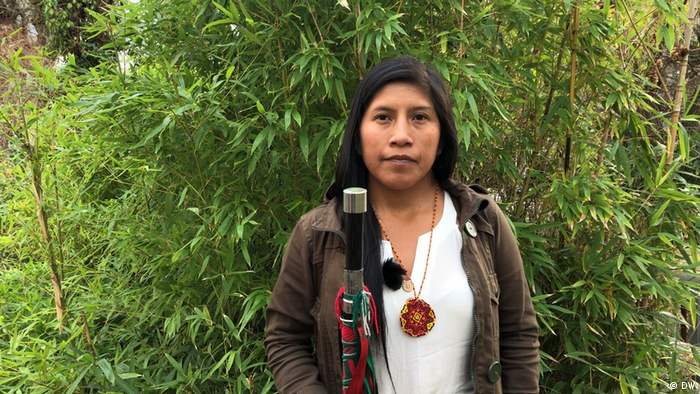 Noelia Campo wears the "Bastón", the staff of authority that distinguishes her as a dignitary of the indigenous people of the Cauca region. At 31 years of age, she is the youngest member of the board of directors of the Cauca indigenous council since its founding. We spoke to her about the situation in the Cauca region in southwest Colombia and her way of resistance.

Your home is the Cauca region, one of the most dangerous areas in Colombia. Political, social, and environmental activists have been murdered. What is the situation there now?

They want to take away our water. They want to take away our air. The struggle for land has become a life-and-death struggle. Many of us have been killed because they raised their voices to say “Do not let our mother earth bleed. Do not cut off her roots because without the earth we cannot exist.” That is why more than 45 indigenous leaders have been murdered this year and Cauca has been especially affected.

Who is responsible for this?

We are faced with a policy of exploitation. Large multinationals have invaded the indigenous territory in the northern Cauca. Sugar cane is grown there for fuel. We are running out of water. These companies want to drive us out of our territories in order to further exploit our land. They hire people who come to us and threaten us and try to force us to give up. 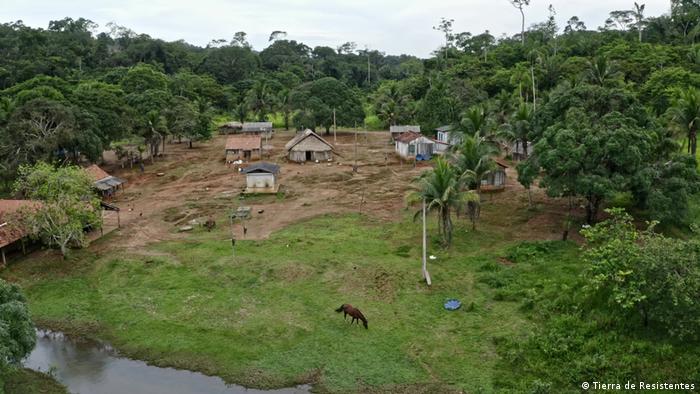 Ancestral lands of the Amazon region are in danger

You are propagating non-violence. How do you resist?

The women have become stronger, the young people, too. This is still developing. The communities in the few areas that have access to mobile phones and the internet are very active in social networks and use them to educate people and fight against misinformation. But as soon as we raise our voices, we are threatened. We get written threats telling us to get out of the area, out of the city, and that pushes us into a corner. But still, we have strength. We have the clear objective to continue defending our territory. If our land is taken from us, we have no way of continuing to exist as indigenous peoples.

We have mobile phones but they are of no use to us. We have to go to a city, to Popayan or to any other nearby town, to make phone calls or to access the internet.

The radio also reaches communities further up in the mountains, in the areas further away from the cities. However, local radio stations are fighting for their own economic survival because the Colombian government is demanding taxes. They do not have the necessary financial resources. That is why there are radio stations broadcasting without a license, the "Radios Piratas". The state has no control in this region. The government can't reach up into the mountains but the radio signal can.

You have also been threatened with death - are you afraid?

I fear for the life of our Mother Earth. Again and again, intruders come into our territories to exploit them. I am not afraid for my life. If I die, I will die in battle. And I know that this struggle does not only take place in the Cauca but that indigenous peoples are fighting all over Latin America. We want our children to continue to breathe clean air, to continue to have clean water. My message is that the resistance must continue!