The MiLLi* project is gaining speed. In just three years, almost 1,000 young people in all regions of Namibia have learned to use media critically and reflectively. Now the project is expanding across Africa. 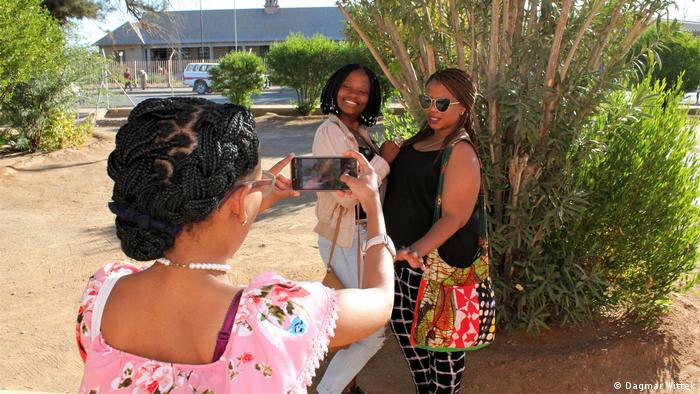 Tangi has paid dearly for his naive use of social media. The Nigerian, whose full name is Opeyemi Toriola, came to study in Namibia in 2015. His open-minded, happy-go-lucky manner made it easy to make friends who he connected with on various social media platforms. Through WhatsApp, Tangi connected with a girl from the north of the country and flirted with her for months. She even sent him seductive photos. Eventually he sent her money so that she could recharge her phone and could come and visit him in Windhoek.

"Gullible as I was, I did that," said 25-year-old Tangi, obviously embarrassed. "I simply took everything I saw on social media at face value." But the girl never existed and Tangi's money was gone. He had become another victim of so-called "catfishing."

Laughing, Tangi proclaimed that he will no longer be fooled by such scams as he flips through his manual for MiLLi* media trainers. MiLLi* stands for the Media and Information Literacy Learning Initiative, a cooperation of the College of the Arts (Cota) in Windhoek and DW Akademie. The MiLLi* initiative teaches young people how to handle media responsibly and critically, a central goal of Media and Information Literacy (MIL). Tangi has been an active participant since the program's founding in 2016 and does not want others to have the same bad experiences he did.

"I was fed up with the digital world—but then along came MiLLi*," he said.

Tangi first saw a flyer for the MiLLi* Summer School at a local youth organization in Okahandja and soon found himself as one of the first to be sent to the ten-day intensive MiLLi* course via the National Youth Network. There he trained as a media coach for youth groups. Today he is one of the program's most experienced coaches. Tangi leads teenagers through three-day workshops that are both fun and practical. Young people learn how they can distinguish fake news from real news and which rules they should follow when posting, chatting, and joining discussions in forums. They also learn how to produce their own content. The courses are conducted with the help of specially developed MiLLi* training guides. Modules are available for photography, radio, video, and music as well as for social media topics. 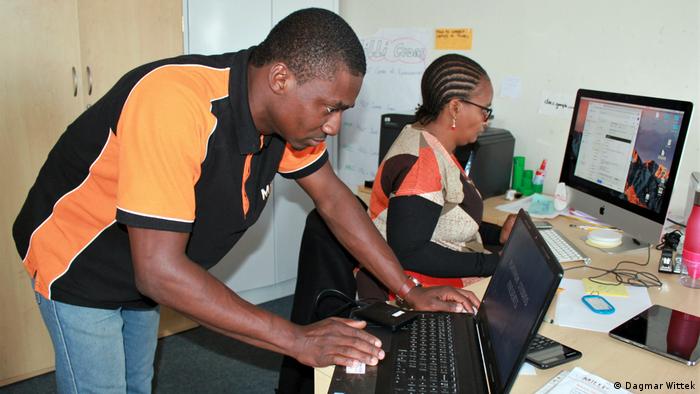 As a student, Opoyemi Toriola, called Tangi fell for a fictitious Internet beauty; today he explains the opportunities and risks of digital media

Tangi is now studying film at Cota and is known among his fellow students as someone who always scrutinizes everything critically and has enormous media literacy. Tangi is proud that many of them now want to join and learn from MiLLi*.

"If we want to make Namibia, Africa, and ultimately, the world more livable, then we need to work from the ground up, we have to contribute in small steps to create a better functioning, more responsible society," he said.

After one of Tangi's workshops, young people are frequently so enthusiastic that they immediately apply for a MiLLi* coaching course. They yearn to also teach other young people how to use the media in a more competent way. However, only the best are selected for the Summer School, which now gets three applications for each available spot. An important selection criterion is whether the applicant is already involved in youth work in his or her community or in local media or in church congregations. In just three years, about 90 trainers have already completed the course and about 1,000 young people throughout Namibia have improved their media skills.

MiLLi* had come at the right time, said Pecka Semba, Regional Officer at the Namibian Ministry of Education. "We are living in the midst of a media, information, and technology explosion. Every day we see and share topics on social media that we should be ashamed of like hate speech, cyberbullying, and so on."

Through MiLLi*, a wide network of young people has emerged, which is also expanding into small villages. MiLLi* trainings are not considered merely lesson but is now a movement. They are fun, true-to-life, and practical. Unlike the usual lectures in crowded classrooms, groups are manageable with up to 12 participants and rely on dialogue between the young people. The coaches wear their orange and black MiLLi* polo shirts with pride. There is even a MiLLi* anthem which everyone knows and enjoys swinging to its rhythm. 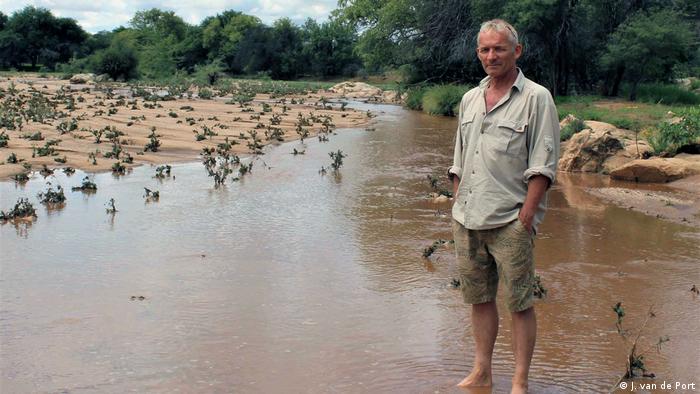 The enthusiasm of young people from all corners of the country has enabled them to master one of Namibia's biggest challenges: bridging the gap between cities and rural areas. This was the goal from the outset for MiLLi* founder Joost van de Port, a shirt-sleeved and sun-tanned Dutchman who is the former head of the Institute for Media Studies at Cota.

"Young people–even away from the cities–are recognizing the opportunities and risks of media, such as radio, TV, and the Internet, and are learning to use them for themselves," he said.

270 miles south of Windhoek lies the town of Mariental, population 12,000. Wind from the Kalahari sweeps through the streets lined with a supermarket, a clothes shop, several beverage markets, and many shops for car accessories and agricultural machinery. The place offers young people few recreational activities. Under-35s make up more than 70 percent of the population. Near the train station, where locomotives rarely stop and blades of grass grow wildly between the tracks, is the public library, housed in a single-story¸ square building. The inconspicuous building is popular with young Marientalers. Dozens of children and teenagers in school uniforms congregate there. Most are eagerly typing on their cell phones while the near dozen public computer stations are all occupied.

Susarah Fleermuys, a self-described "social media freak," is a regular at the library. She spends most of her time on her smartphone scrolling through Google, YouTube, Facebook, and WhatsApp. The library is the only place in Mariental with free Internet access. She has been looking for a job for years and lives–like almost all of her family members–hand to mouth. Most of their relatives are unemployed or engage in odd jobs on surrounding sheep and cattle farms. With an unemployment rate of more than 33 percent, it’s all about taking any job that comes along.

An acquaintance told Susarah that she could increase her chances of getting a job through MiLLi* so Susarah signed up for a workshop. Not only does she want to learn how to properly engage on social media, she also wants to be more self-confident and to be able to present her own strengths. For her, MiLLi* is an opportunity for a better life.

Today, the 29-year-old and a friend are attending a MiLLi* workshop led by coach Simon Paulus. The new participant is learning how to compose photos using different perspectives, which message the picture should send out, and how it all works. The focus is on the questions and techniques that the critical handling of images entails, including reflection and analysis. Simon, a social worker at a telephone hotline, runs the workshops on a part-time basis. 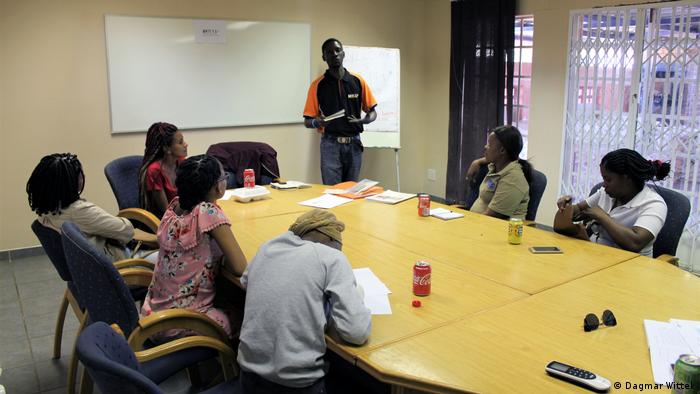 "MiLLi* has completely changed me," explained the 33-year-old. Before he posts anything, he always thinks about what he wants to do with it, what the post offers others, and whether it is relevant and appropriate regarding the context in which he publishes it.

"I used to present myself as a partier on Facebook with a beer bottle in hand," he said. Now he no longer posts such photos knowing that a potential employer could find them on the Internet.

Olivia Ebas (30), a member of the board of MiLLi* and a passionate trainer, is well versed in the vast abuses on social media in Namibia. Her phone is full of tweets and WhatsApp messages spewing hate speech, racism, and fake news.

"It divides a democratic society and is a breeding ground for conflict," said Olivia. For many Namibians, MiLLi* is the only organization in the country that is doing something about it by educating young people and laying the foundations for informed action.

Young people in cities and in the countryside have shown great interest in strengthening media literacy and passing their knowledge on to others as multipliers. Juliet Amoah also desires this domino effect for her home country of Ghana. She has participated in several MiLLi* training sessions and workshops at the Windhoek College of the Arts and is now a believer.

Amoah heads the Ghanaian non-governmental organization Penplusbytes. She is an eloquent and resolute woman committed to good governance and a constructive approach to new technologies. Her experiences back home illustrate that young Ghanaians are uncritical with the media and easily fall for false reports and manipulated information. 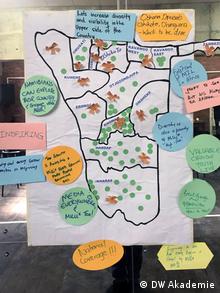 MiLLi* has reached all of Namibia

"Integrating MIL into the program of Cota is exemplary and clever," said Amoah. Her long-term goal for Ghana is to integrate MIL into its national school curriculum. Experts from Uganda, Burkina Faso, Ivory Coast, and Lesotho–countries where DW Akademie is also active–have also looked at the Namibian project and have started to implement similar programs based on the MiLLi* model.

In order to demonstrate just how easy it is to manipulate images, trainer Tangi likes to show a photo of an albino child allegedly kidnapped for ritual purposes. The photo, which was in fact widely circulated via WhatsApp, would cause quite a stir not only in Namibia, but also in many other African countries. His point is to show that such photos cannot be understood without context revealing that it was actually a cropped section of another, larger photo.

Tangi was able to halt the spread of this photo in his WhatsApp groups by presenting his contacts with the actual story behind the photo. His friends subsequently shared the true story. His small contribution in the battle against fake news is one that he is proud of even today.

The author: Dagmar Wittek is a journalist with decades of experience reporting from Africa. She was a long-serving Southern Africa radio correspondent for ARD based in Johannesburg. As a freelancer, she has reported from many corners of Africa. She has also worked across the continent as a media trainer for DW Akademie and is now a producer for Deutsche Welle's new DW News Africa program. 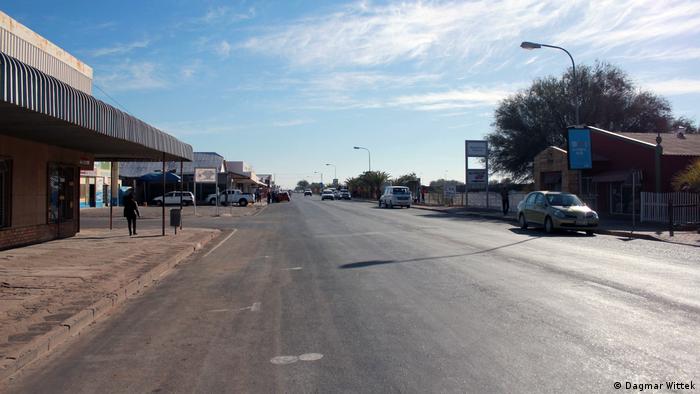 What has the media project achieved?