Study: "In the Service of the Public"

To what extent can former government mouthpieces be transformed into independent media organizations? Co-author Jan Lublinski discusses successes, challenges and the role of media development. 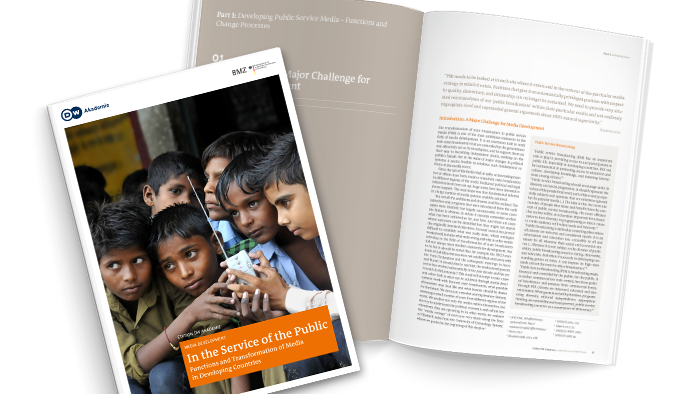 Your study "In the Service of the Public - Functions and Transformation of Media in Developing Countries" examines the transformation of state propaganda instruments into public service media. Which developments impressed you the most?

The ones in Serbia, for example, where the former state mouthpiece for Milosevic's authoritative regime has become a public service broadcaster and now provides solid, responsible journalism. And although Kyrgyzstan's ORTK broadcaster isn't as far along in the process, it's equally impressive because it now offers information services and platforms for public discussions. Both show that much can be achieved if governments are serious about freedom of the press, and if civil society organizations are committed to restructuring former state broadcasters.

Does that mean public service broadcasting is a model for success?

Yes, it is in western Europe, but that's not as true in other parts of the world. Previous attempts to apply German and British public service models were naïve and failed. However, if you look at individual cases, it is possible to strengthen public service media by creating political and legal structures, strengthening quality journalism and including the public. 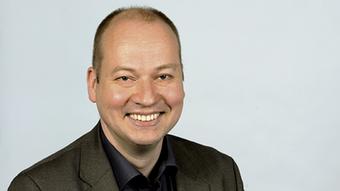 Why is it so difficult to establish independent media outlets in many countries?

This is mainly because power holders usually want to control the media. Even if one government does take a broader view and allows freedom of the press, the next government often reverses the changes – or at least tries to.

DW Akademie has been supporting transformation processes in a number of countries including Mongolia, Moldova and Myanmar. If we take a closer look at our own work, what role does media development play?

It can be very important in transformation processes, but only if the sectors affected are willing to take part - governments, political elites, civil society organizations, media outlet management and staff and, of course, the public at large.

Which methodological approaches have proven successful?
I look at it this way: we can't just rely on trainings and short-term consultations. The study shows that up until now we haven’t focused enough on calling for improved legal structures. We also need to take a closer look at organizational development and, over the long term, restructure the broadcasters. This also means we need to improve our own capacity – but it all takes time.

Can community media or private media outlets offer alternatives to public service models?
While doing research for the study we found impressive media outlets that we call "alternative public service media". That includes Freedom Radio in Nigeria and Radio Sagarmatha in Nepal. Outlets like these offer many of the services that we expect from public service media - independent journalism, controversial debates, and programs offering people a voice. However, these alternative broadcasters tend to reach only a small part of the population and they’re privately - and not publically - owned.


The second DW Akademie Edition "In the Service of the Public - Functions and Transformation of Media in Developing Countries" looked at case studies to explore transformation processes for state broadcasters and independent media organizations in Afghanistan, Kyrgyzstan, Namibia, Mongolia, Moldova, Myanmar, Serbia, Nigeria, Nepal, Bolivia, Colombia and Ecuador. The study also looks at the role of media development, methodological approaches, and alternative business models. The publication was funded by Germany’s Federal Ministry of Economic Cooperation and Development.

"In the service of the public" | Download on ISSUU

"In the Service of the Public - Functions and Transformation of Media in Developing Countries" lookes at case studies to explore transformation processes for state broadcasters and independent media organizations.