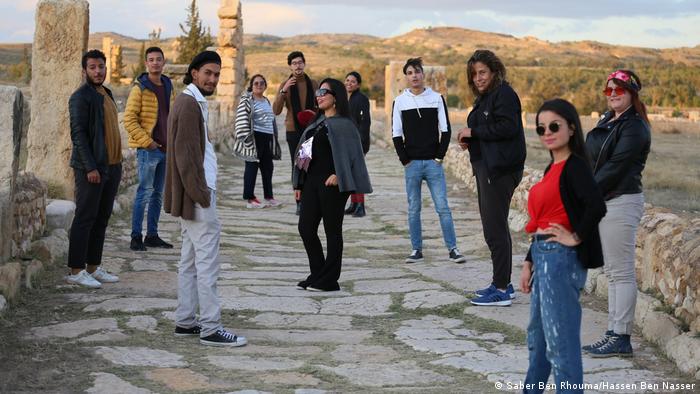 "CinéShabab has opened doors for me," says the 24-year-old, beaming. Nihèd Rahmani is an energetic filmmaker from Tunisia who mainly stays afloat financially with advertising assignments. Still, she has years of experience in making films and has made several short documentaries and submitted numerous screenplays to international film competitions. 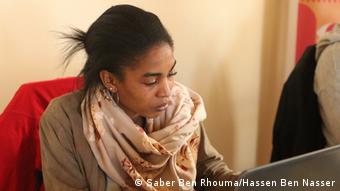 "I was only going to make this film if the conditions were good," said Nihèd Rahmani

But until recently, she hadn't published the very first screenplay she had written and was guarding it closely. "I was only going to make the film if the conditions were good," she says. CinéShabab has provided her with a small budget of 3,000 dinars (approximately 950 euros) as well as equipment and the prospect of doing the post-production together with a professional company.

CinéShabab is a project of the Fédération Tunisienne des Ciné-clubs (Tunisian Federation of Film Clubs) and encourages young filmmakers to address issues concerning them and that otherwise receive little public attention. Thirty-two young men and women from Tunisia's rural areas are taking part in a series of trainings and were selected after having submitted ideas for their own films. Six participants have also received grants and will be developing their ideas with professional support. 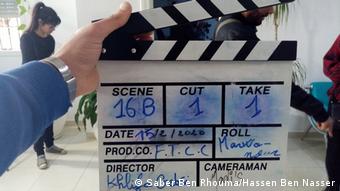 Their films are to be shown on public TV, together with interviews and background information. They will also be available online. A "cinema on wheels" is also being planned and will tour rural areas for special screenings.

Rahmani's film is titled "What does it matter if we are different?" and looks at an issue that affects her personally. "This screenplay is very close to my heart," she says. She is from Gabe, an industrial city in southeastern Tunisia, and says as a black woman she has been continually confronted with discrimination. "It started in elementary school when the other kids couldn't handle it that I was at the top of the class," she explains.

Rahman is now working through the experience in her film and plans to finish it by the summer. It focuses on a young female film student who embarks on a journey by train. She has numerous encounters along the way and, after experiencing racism and discrimination herself, decides to stand up and defend human rights.

Editor's note (March 2021): The project participants have since successfully completed their short films. The first was aired last December on Telvza TV, a Tunisian television station, together with an interview with the young director and other young filmmakers.

CinéShabab is supported by DW Akademie as part of Shabab Live and is funded by the European Union and the German Federal Foreign Office. Shabab Live is a three-year project that supports 12 non-governmental organizations and six television and radio stations in the Middle East/North Africa in introducing youth formats. The aim is to increase the visibility and participation of young people in the region's traditional media.

This article originally appeared in the 1/20 issue of the DW magazine Weltzeit (in German language).