Women working in Serbia's media are subjected to sexist attacks and face political pressure more often than their male colleagues. Three women journalists are aiming to change this. 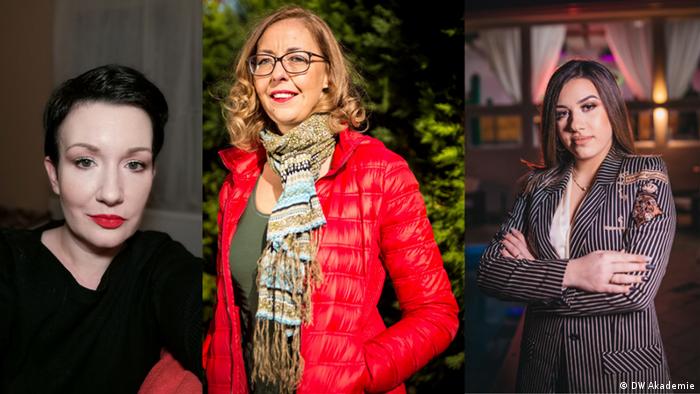 Back in 2015, Serbia's defense minister Bratislav Gašić was speaking to reporters as the cameras rolled. He noticed a female reporter had knelt down to tie her shoelaces and reacted with a sexist comment. It ended up costing him his job. The incident dominated Serbia's media for weeks and the public pressure became so great that the prime minister had to fire him. It was a triumph for Serbia's women's rights activists and media associations but, ultimately, only a minor one.

"Male colleagues tend to play down the problem"

"Women journalists still face more threats and pressure than their male colleagues," said Jovana Gligorijevic, Deputy Editor-in-Chief of the renowned Serbian weekly newspaper, Vreme. Gligorijevic is also founder of the youth portal Vugl, a longtime partner of DW Akademie's West Balkan project. She has been active in Serbia's women's rights movement for years and has been subjected to serious sexist attacks and threats on social media. "Male journalists often try to play downplay things when their female colleagues are threatened or attacked," she said. 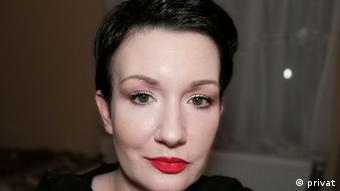 The reason why women journalists are more exposed to political pressure is because the majority report on domestic politics, corruption and organized crime, Gligorijevic said. Male journalists, on the other hand, dominate the op-eds and commentaries. "This gives the impression that men are the ones who think and express opinions and that the women's job is to report on-site," she explained.

More women work in Serbia's media sector than men do, and women make up two-thirds of graduates from journalism programs. "Journalism, it seems, has increasingly become a women's profession," said Klara Kranjc, head of the youth radio station Oradio at Serbia's public broadcaster RTV Vojvodina. Public media guarantee maternity and parental leave and are more accommodating that private media, she said. "But while more and more women are now editors-in-chief," she observed, "it's rare that they get the top position as director general," she pointed out. 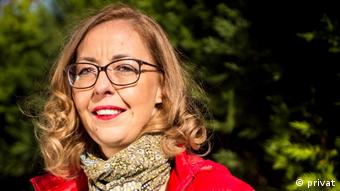 Surveys by local media show that women journalists earn up to a quarter less than their male counterparts and are the minority when it comes to top positions – at least for now. However, private and community media launched between 2005 and 2015 are firmly in women's hands.

Both perspectives are important

The best example is the southern Serbian youth portal, Youth Vibes, which was started in 2017 by two female students. It is now headed by 19-year-old Andelija Stanimirovic, who stressed that she welcomes active male colleagues, as well. "There used to be many more male journalists than female journalists but now it seems to be the other way around," she said. "Still, it's important to see both sides – otherwise there'd be no progress." 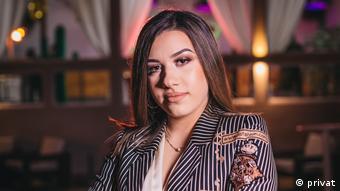 Although she herself has not faced discrimination as a woman, "we see that women are still subjected to insults and sexist comments on a daily basis," Stanimirovic said. "But this has less to do with their positions in the media than with the situation of women in general. The problem is a deeper one," she pointed out.

"Society negates and silences women's voices," said Gligorijevic. She is aiming to change that and, like Kranjc and Stanimirovic, focuses on Serbia's youth. This generation – both women and men – is much more open about gender equality than their parents or grandparents. As a result youth media are important forums for questioning patriarchal mindsets and condemning hostile sexism.

A voice for youth

Giving young people a voice and a platform for progressive social discussions is the goal of DW Akadaemie's West Balkan project, "Young Media". Sexist hate speech is a focus, including at public events like the Brave New Media Forum.  Gligorijevic, Kranjc and Stanimirovic are just three of the many strong women involved in the project and who are supporting social change with their media.