In 2013 Pakistan introduced a right to information law guaranteeing access to data held by the state. With few making use of the law, DW Akademie and GIZ are working with journalists and officials to boost transparency. 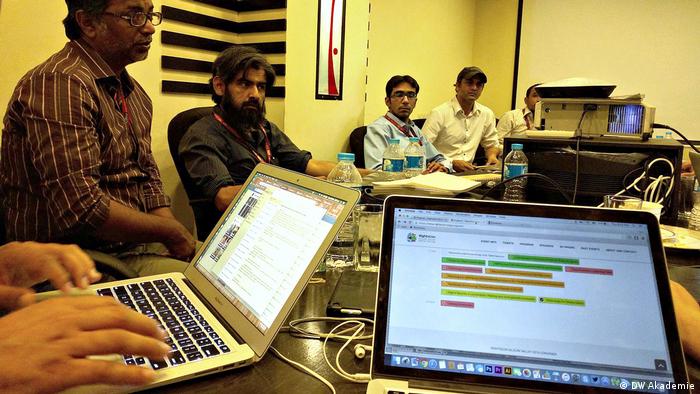 The analysis of data can lead to uncovering stories. In Pakistan, for example, data has revealed stories of construction projects becoming financial disasters, civil servants lining their pockets without getting fired, or tax money slated for agricultural projects dubiously flowing elsewhere.

Data journalism skills can increase government transparency by throwing light on questionable activities if journalists can recognize the stories behind the data. Because of daily editorial demands, that's often easier said than done, says Farzana Ali, head of the Peshawar studio of Aaj News, a private TV station. 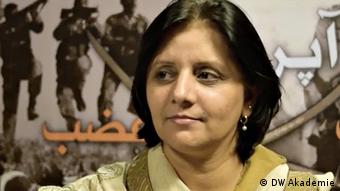 "I'm often confronted with a lot of data but am not sure how to analyze it, or even worse, how to turn it into a story," she explains.

Newsworthy content is often concealed behind cryptic columns of numbers. But that is starting to change. "We've been using new tools and technical tricks," says Ali after attending the first of a series of workshops.

She, along with journalists from other stations, has been working with data and trying out tips and tricks used for data journalism. "The training has done away with the bias that Excel tables are just for accountants or personnel staff," she says.

This is a key experience for Ali, who is taking part in a one-year pilot project called "Implementing the Right to Information Act – Promoting Data-Driven Journalism". The project was launched this summer and is being conducted by DW Akademie and the German development agency, GIZ.

The two organizations, together with local Pakistani partners, are aiming to further data journalism skills. Another project goal is to increase fact-based reporting as a way of strengthening the right of citizens to access public information.

"Data contain countless stories that could help further Pakistani society and the country's democratic process," says DW Akademie project manager Lina Elter. "But for this, people have to know how to analyze data and understand how to use it professionally.”

Accessing information is a human right 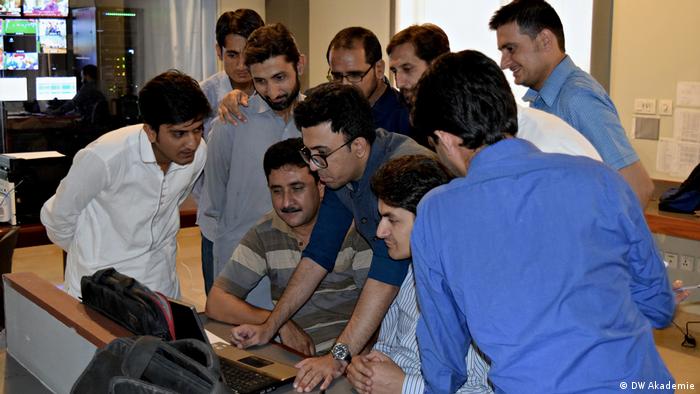 Data journalism could work well in Pakistan, particularly because legislators have already laid some of the groundwork.

In 2013, for example, the Pakistani provinces of Punjab and Khyber-Pakhunkhwa (the project's focus areas) introduced progressive laws for people to access information held by public authorities.

Even though commissions have been established to collect and pass on requests made by citizens and journalists to the authorities, the overall impact has been small.

There are a number of reasons for this. One is that government officials and journalists mistrust each other. Journalists often accuse authorities of cover-ups and acting secretively, while official circles tend to perceive journalists as highly unreliable when relaying facts and information.

Barkat Ullah Khan works for the local authorities in Khyber-Pakhunkhwa province. "This project will help improve the way journalists use the information we release," he says. "Too often in the past they didn’t do this accurately."

Many journalists complain, however, that their information requests are processed slowly or sometimes not at all. Local authorities often blame this on a lack of resources.

A platform for dialogue 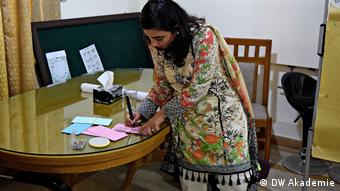 That's why the year-long project is addressing the views of public officials as well as those of journalists.

A dialogue is now underway. The two groups will meet for a total of four conferences to discuss the right to access information and how to put it into practice. "If they can come up with ways that makes it easier to cooperate with one another, that will be a success," says project manager Elter.

The German development agency, GIZ, is working with public officials on aspects ranging from workflows to responding to journalists' requests, while DW Akademie and local partners are focusing on training and mentoring media workers.

Initial workshops held at media outlets in the city of Peshawar, the capital of Khyber-Pakhunkhwa province, focused on journalists' rights to access information as well as the corresponding obligations of government agencies. Local press organizations say journalists often know little about either of these. 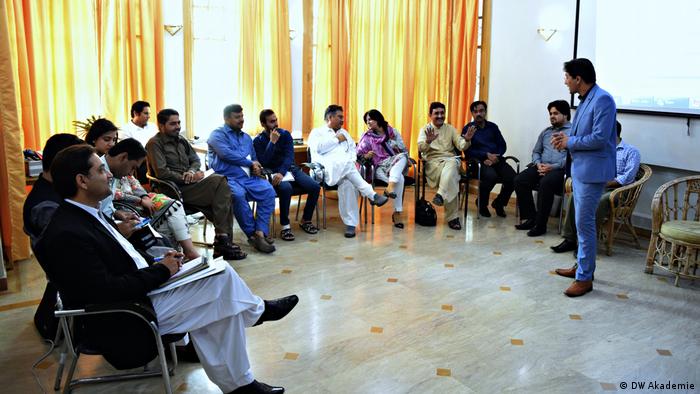 The next step will be a mentoring phase during which experienced journalists will receive support in developing data-based reports. At the same time, media outlets taking part in the project will be coached on reorganizing their workflows to ensure that journalists can still meet their reporting obligations at the same time as conducting data research, which is time-consuming and technically complex.

Professor Kalim Ullah, a member of the information commission in Khyber Pakhtunkhwa province, thinks this is the right approach. "It’s going to help our commission put this right to access government information into practice," he says. 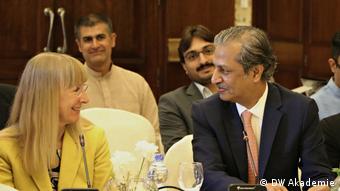 The project was officially launched in June 2016 in Islamabad, Pakistan's capital, with Germany's ambassador to Pakistan, Ina Lepel, in attendance.

Salman Ali, a member of Punjab's fiscal authorities, believes that a rethinking process is now underway. "The pilot project makes it clear to everyone just how comprehensive the information responsibilities of official spokespersons are vis à vis the public," he says.

To take this a step further, it's important that universities and training institutes firmly anchor data skills and awareness about information rights in their curricula.

DW Akademie is working with institutes in Karachi, Pakistan's biggest city, and in Peshawar to help introduce journalism students and journalists to these topics early in their careers.

A digital journalism handbook designed specifically for Pakistan is planned for 2017.

The handbook will have a special focus on presenting best practice examples for working with huge amounts of data: exciting stories that can change the country for the better.

In the meantime, Farzana Ali says she'll be producing many data-driven stories of her own.