For almost two years DW Akademie production consultant Martin Nowak provided support to Teleradio Moldova during a programming overhaul. He kept a journal on the final hectic days preceding the launch of a new TV format. 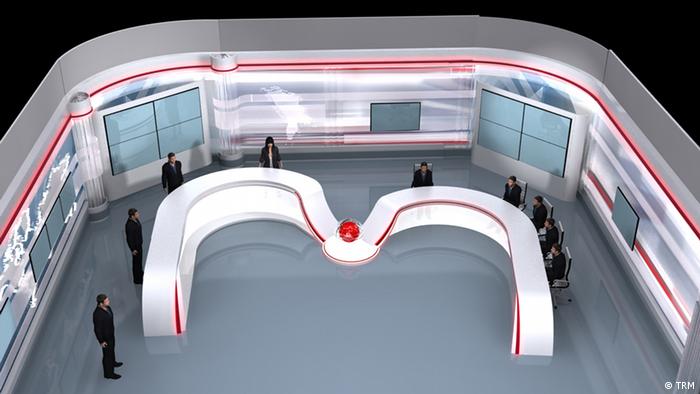 Early on, the look of the "new studio" was sketched out

Monday, 01.09.2014
It's crunch time. I'm in Chişinău at the public broadcaster Teleradio Moldova (TRM) to help get the "new studio" up and running. As part of TRM's updated look, four of the most important programs are getting an extensive facelift. There are new graphics and a new set, content is being completely redone, the presenters are getting new furniture and Studio 1 where the shows will be produced is being renovated and fitted out with new equipment. 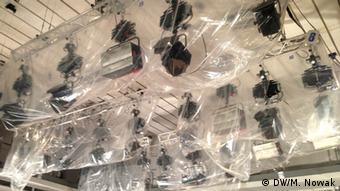 The lighting system in Studio 1 is already in place

While I've got years of experience as a director for public and private TV stations in Germany, the work here at Moldovan TV has been a real challenge, not to mention a new and valuable experience. Preparation for the launch has taken almost two years and we've had to develop everything from scratch. In working groups with our Moldovan colleagues, we've come up with ideas for sets, camera positions, workflows and content. We've reworked the ideas, and then reworked them again. Now we've got just a few weeks until the morning news show, the daily news reports, and afternoon entertainment show and the evening talk shows go on air.

When I arrived, I was relieved to see that the first components for the set had already been delivered. The new lighting system had been installed and the new wood flooring had been put down. Still, the studio is completely empty - and we're supposed to be producing daily shows in just three weeks.

Tuesday, 02.09.2014
Good news: the intros, lower thirds and other important graphics for all the programs are pretty much ready. Everything's being done by just one graphic designer, and he's got a lot on his hands these days! He's getting help from DW Akademie with some on-the-job training and I'm pretty confident that we'll be able to pull things off in time. 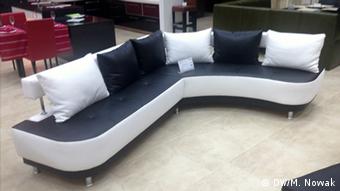 Time to take a city tour, whether we want to or not. We still don't have chairs for the morning news show and so the head designer and I spend almost an entire day trudging through Chişinău, hitting about a dozen furniture stores. Everything here could be described in Germany as "Gelsenkirchener Barock" - it's heavy and overly ornate, not the kind of thing we're looking for. After a few hours, I've pretty much given up when something close to a miracle happens. In the last store we actually find a chair we can use. Even better, we can paint it the way we want to and build a couple more chairs and a table to match. Things are working out after all!

Thursday, 04.09.2014
There's a small setback. We need to shoot some skyline scenes for the morning show intro. Now, Chișinău isn't exactly New York, and the pictures we get look a little underwhelming. Plus, the news anchors need to be dressed in new business attire and it's almost impossible to buy clothing like this in Moldova. We learn that the camera crane we ordered isn't going to get here in time, and neither is the beamer that will project pictures on the wall behind the bands. Well, I knew things were going to get interesting at the end.

Friday, 05.09.2014
We had a good meeting with the head director at TRM. All the camera positions for the different shows have been discussed and agreed on. And there's more good news. We can borrow a camera crane from another studio until we get a new one, we can temporarily get around the problem of the missing projector by using a painted screen, and the anchors' outfits are going to be made in record time.

Monday, 08.09.2014
The production team is holding a meeting. The directors, camera people, graphic designers, technicians and editors are all there, discussing their roles in the new studio set-up. "There's no more improvising. From now on we'll be working according to plan," says the production manager. "I want everything to be carefully prepared and on time, just like it is in German TV studios!" I keep quiet on how German TV really works - I don't want to burst anyone's bubble. What comes out of the meeting is that we still have a lot of work to do. There are still issues concerning studio equipment, individual workflows and ensuring that everything is on schedule for daily production. 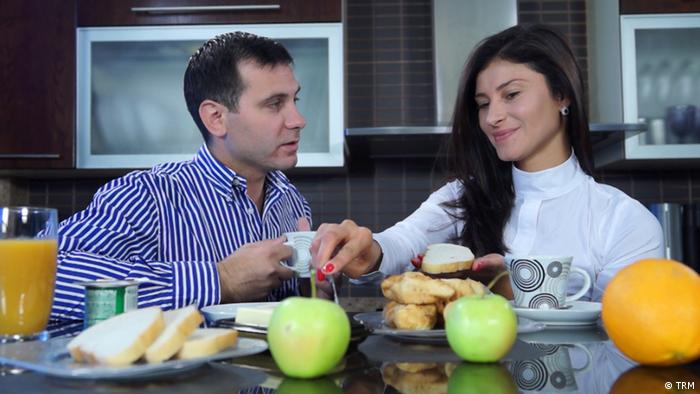 Breakfast in Chișinău - the morning show gets a new intro

Thursday, 11.09.2014
Even the news anchors are getting down to business. Together with Aurelian Ciocan, a Romanian trainer, they're fine-tuning their pronunciation and body language. And they're having to get used to a new way of doing things. For the main news show, the "anchor + newsreader" model is being tried out. It's a new role for the anchors who up until now have "only" worked as newsreaders.


Friday, 12.09.2014
Things are really happing in the studio, with hammers pounding and drills screeching. The 15-person team from Romania has already built about 70 percent of the set.

Tuesday 16.09.2014
The burning question this morning is where to find a jogger. The editorial team of the morning show wants to get footage of someone out for an early-morning run in the park for the show's intro. No problem. TRM management enlists an athletic co-worker from the radio side and we get the shots we need.

Wednesday 17.09.2014
I'm only here for another three days. Things are getting serious now: the first show goes on air on October 5, and that's less than three weeks away. The cameras are finally in the studio and the pictures look great. Hopefully the lighting team can get things figured out –lighting the set is a challenge. 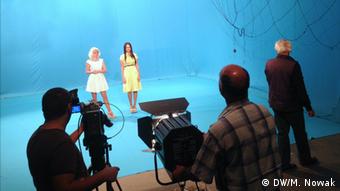 Finishing touches for the intro: dancers and the bluescreen

The Moldovans are masters when it comes to getting things done on the fly. We still needed two dancers for the afternoon news show intro. Suddenly, two are standing in front of the bluescreen, their costumes courtesy of my translator who'd brought them from home. That's one more thing taken care of.

Friday, 19.09.2014
It's the last day, and we're holding the first rehearsals in the studio. We hit a few problems. The lighting isn't ready, the plasma monitors aren't working, and the teleprompter hasn't been installed yet. Thank goodness we still have two weeks before going on air, and surely everything will fall into place by then. Everyone's well prepared and we've gone through everything, down to the smallest detail, over and over again. Although my consulting work here is done, it's tough to leave Chișinău. 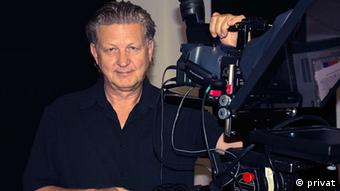 Two weeks later and I'm back again, this time for the inaugural party for the new studio. It's the real deal this time - today we're going on air. Luckily, for the last couple of weeks Tony Strnad, a design consultant for DW Akademie, has been here looking after the set design and the graphics. He's made sure the final details have been taken care of and has held countless rehearsals with the TRM team. Now I'm in the control room with Filip Slavkovic, the DW Akademie project manager whose guidance and close involvement in the whole reform process have been invaluable.

Atenție! Camera! Studio! The countdown for the first morning news show has begun. And then suddenly, we're on air! Things look good and most things work out the way they're supposed to. Sure, there are a few stumbles, but they're just small things.
It's hard to say goodbye to everyone here, especially since some have become real friends. There are lots of hugs and everyone congratulates each other on a job well done. Our paths probably won't be crossing again, but at least we've brought "our baby" into the world and we're confident she'll be up and running around on her own in just a matter of time. I'd love to stay longer, but at least I'll be able to check in with the live stream every now and again.

DW Akademie has been supporting the structural reforms at Teleradio Moldova, the Republic of Moldova's public broadcaster, since October 2010. In the first two years, DW Akademie's work focused on organizational processes, the development of modern radio formats such as Moldova Tineret, which is aimed at youth, and a completely new multimedia department for the TRM.md website. In the fall of 2012, DW Akademie began working with the team from TV Moldova 1 to work up a plan for new television programs focusing on information and service. The news programs, morning news show and talk shows were completely overhauled. The comprehensive training and consulting sessions offered included workshops on editorial work and planning, production and design, and broadcast engineering and graphics. This long-term DW Akademie project was funded by Germany's Federal Ministry for Economic Cooperation and Development.