MIL Campus: A month of media literacy in Central America

Media and information literacy is still a largely unknown concept in Central America. DW Akademie is changing that with a month-long MIL Campus throughout the region. 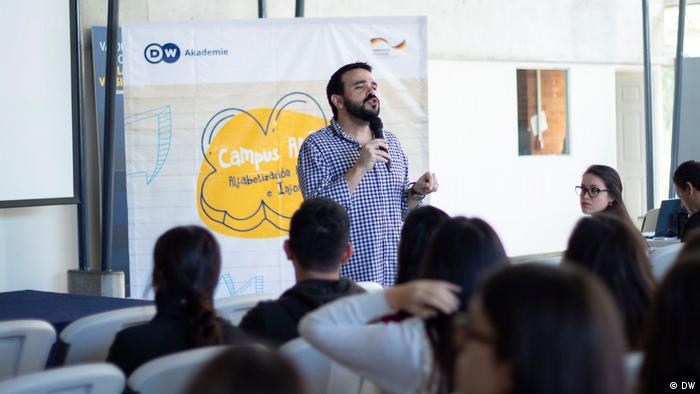 Professor Julio César Mateus from the University of Lima, held the first MIL conferences in universities in El Salvador and Guatemala.

The "Northern Triangle" countries in Central America — Guatemala, El Salvador and Honduras — are young nations. The average age of the total population in Guatemala, for example, is just over 20 years old. At the same time, the number of violent deaths are among the highest in the world. Social networks are very popular among young people — and in this violent context there are many dangers that come with their use.

Those who willingly share information about themselves online can become easy targets for kidnapping and extortion. False information spreads fear and recordings of violent scenes circulate in WhatsApp groups.

In particular, Radio Sónica, which belongs to ASEC, has taken on a pioneering role and shown how the playful teaching of media skills can work. This work will be expanded in the coming years and can be used in neighboring countries experiencing similar issues. 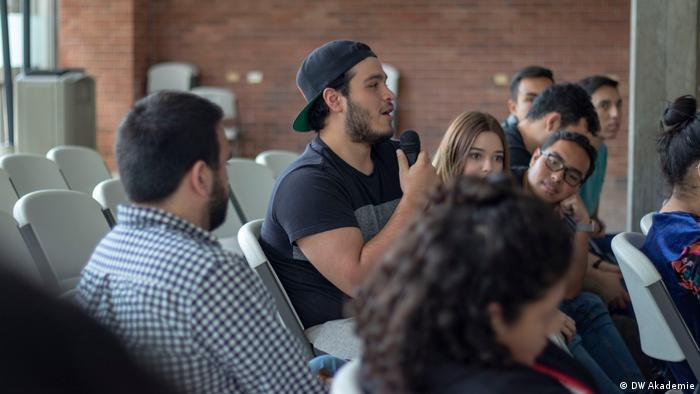 The MIL Campus sessions will be held for six weeks throughout October and November.

The main problem is that although many universities, civil society organizations and government agencies are aware of the necessity of MIL, they do not know the concepts and methods for communicating it.

This is why the DW Akademie has created the "MIL Campus" (Spanish: Campus AMI). For one month, we are imparting basic knowledge of media literacy and showing how media literacy skills can be acquired. The MIL Campus is not aimed primarily at young people, but rather at scientists, decision-makers, education experts and journalists.

The specialists involved include Julio César Mateus from the University of Lima, who is giving lectures at a series of events, as well as local experts from the DW Akademie in Guatemala such as Cristina Soto, MIL expert from the Guatemalan local partner Comunicares, and Edgar Zamora Orpinel, editor-in-chief of Radio Sónica. They will also travel beyond Central America to Mexico, which will become the new focus country of DW Akademie’s Latin America department.

Originally, the MIL Campus was only supposed to last one month. However, the interest was so large that it will run for six weeks throughout October and November.

Partners for the events are media organizations such as Agencia Ocote (Guatemala), youth projects like Organisation for Youth Empowerment (Honduras), journalist networks such as Periodistas de a Pie (Mexico) and several renowned universities, such as the Universidad Centroamericana (El Salvador). The MIL Campus is supported by UNESCO Central America.

Johannes Metzler is the regional director of Central America, Mexico and the Caribbean for DW Akademie.