Media sustainability is not about sustaining all media

Media sustainability is seen as crucial to media development. In an interview, US media scholar Ann Hollifield talks about the importance and challenges of supporting quality media in a hypercompetitive age. 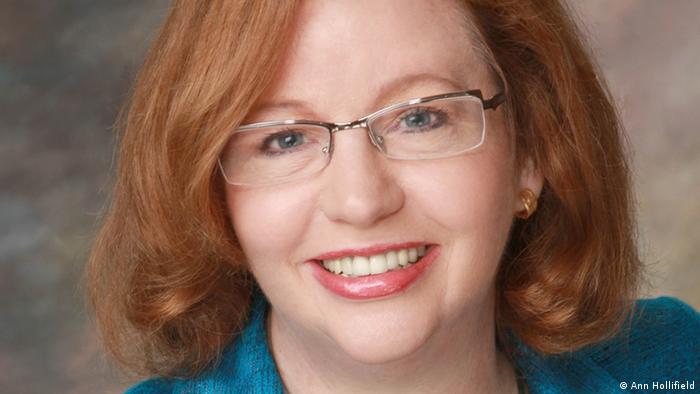 In this 2015 interview, Ann Hollifield speaks about economic challenges for media outlets. Hollifield's research contributed to a large extend to DW Akademie's concept of media viability, that has evolved in recent years. This comprised also an evolution of wording: DW Akademie now tends to speak of media viability rather than of media sustainability. (Added in January 2021.)

Ann Hollifield is a media analyst and professor with a focus on media economics and management. In the following interview, she talks with DW-Akademie about some of the misconceptions of the development community in wanting to support a wide variety of media, what can be done to better support quality media and why some media operators don't actually care so much about turning a profit in the first place.

Ann Hollifield: I think media have the ability to survive on minimal resources in ways that other products don’t because of the unique economic characteristics of information. People will produce media without any expectation of financial return, unlike other products. But the focus here is not on sustaining just any media but sustaining quality media – particularly journalism that contributes to transparent, democratic governments that are responsive to their people, support human rights, are not corrupt and enable economic development. It takes lots of resources, training and expertise to have media like that.

What business models could support such quality media?

I don’t think there is only one business model. If we look around the world, we see all these different media systems that are using business models within their own context. That is where many media scholars and media practitioners have made big errors in the way we look at media sustainability around the world. We tend to think of imposing a Western capitalist-style business model on media systems and say that is what represents media sustainability. In Western Europe, you have, at least in broadcasting, the public-service model of media. In the US, you have a purely free-market system. I would argue that in the current changing media landscape, the US system, which is dependent solely on the market, is not as effective as the Western European model.

When you talk of media sustainability, what do you mean?

The word sustainability itself is very contestable. There is no one single definition. Does media sustainability simply mean that the media organization can survive regardless of what content it actually produces? I tend to focus on media sustainability as a measure of quality journalism and quality media content. But if a media organization produces quality content, it needs significant resources of time, money and very experienced experts – journalists who know how to produce quality content and who know how to do investigative reporting. That means the key to sustaining quality media is to focus on the resources.

Which economic and political conditions are conducive to media sustainability?

Media occurs at an intersection of three sources: technology, economics, and law and policy. Media sustainability really requires a functioning framework in all three areas. For production and distribution, you need technology that is cost effective and efficient, and gets your message out to the people. You have to have a business model and an economic system that drives enough revenue to produce quality media. And you have to have a legal and policy framework that supports independent and free media.

What are the trends you see regarding media sustainability?

The trend we have been observing in developing countries since the 1990s is hypercompetition. By that, I mean media markets in which you have more competitors – more media companies competing for audience and advertisers – than you have the financial means to sustain. This situation arises because there is such an advantage to owning media companies even if the company itself is not turning a profit.

If you own a media company, you can use the content to support political candidates you like and you can use it to support other lines of business you have. We have seen examples in some countries where media companies are used to launder money from illegal activities. And, of course there is the power that comes from being a major media owner.

My team and I first noticed hypercompetition in developing countries only and then one day I realized that I was seeing the same thing in the media markets all around me – the internet and the technological revolution have produced unlimited advertising space. And that puts downward pressure on advertising prices. So while the demand for media content continues to increase, the ability of media companies to generate enough revenue to support quality media production has declined. That is really a problem.

What can media development projects do to foster media sustainability?

One of the mistakes made by media development community in the past few decades is buying into what has been the traditional argument in Western countries – that more media is always better for the consumer, for the audience and for society. We now are realizing that this is not the case. Sustaining quality media that contributes in a positive way to the development of society and the economy requires much more careful study and understanding of a complex system. It is more than simply supporting all the media you can pump into society. There is not a one-size-fits-all solution to the challenge of media sustainability.

Dr. Ann Hollifield is the Thomas C. Dowden Professor of Media Research in the Grady College of Journalism & Mass Communication at the University of Georgia in the United States. Her research focuses on media economics and management, and the role of media in economic development.

Journalists normally don't worry about money. All they care about is content. However, producing strong content is expensive. The dossier explores how media outlets can develop strategies to survive in the long-term.