“If elections are upcoming, the Internet′s going to be switched off in some countries!” | transparency-and-media-freedom | DW | 14.02.2022

“If elections are upcoming, the Internet's going to be switched off in some countries!”

The ”Unfreedom Monitor” helps to find a definition for some governments which control civic discourse. Digital activist Nanjala Nyabola from Global Voices knows how to respond. 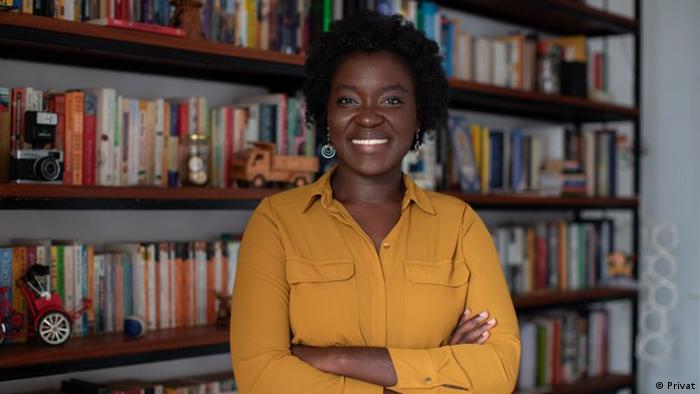 Nanjala Nyabola is an author, journalist and digital activist from Kenya. Her work focuses on the intersection between technology, media and society. She is responsible for developing Global Voices’ 'Unfreedom Monitor', which will explore how governments worldwide use technology to curb individual digital rights.

Do you see yourself as an activist?

Nyabola: Other people call me an activist but I don't necessarily. I am definitely trying to move through the world with a sense of purpose and intention. And the intention is to leave the world a better place than it was when I found it, or at the very least, not make it worse somehow.

How did you end up in digital rights?

Nyabola: 2009 we were still very much about tech optimism: It's great and it's going to solve all of our problems and, it's going to build these new shiny societies that have no social issues. But I felt it was quickly going to get complicated.

I would never call myself a techie. I don't understand coding at all, but what I do understand is how tech changes politics and how politics changes tech. There's no such thing as 'neutral tech' or 'agnostic tech'. It's really what motivations people have, how they deploy it, how they experience it, how it changes who they are and how they perceive themselves.

A quick definition of what you think Digital Authoritarianism is?

Nyabola: The definition is rooted in specific political viewpoints. It's a phrase that people started to throw around a couple of years ago to refer to countries like China, as well as controlling what was happening on the Internet. Over the last five years it has become a global issue. Internet shutdowns have become more frequent. In some countries, if elections are upcoming, the Internet's going to be switched off. We're seeing surveillance practices normalized in some places. We are developing a standardized definition for the tactics that some governments use to control or suppress civic discourse. Either online or using online or digital technology.

The project is called the "Unfreedom Monitor”. Why is it important in the pandemic?

Nyabola: There's a fundamental transformation happening that can create opportunities for what you'd call 'authoritarian entrepreneurship'. People will agree to give up certain freedoms for the greater good but they're actually advancing the greater bad. We're in a vulnerable moment. Survival requires cooperation and collaboration. But we want it to be done within a framework. It creates an obligation to put structures in place to protect people from power excess. What we've seen with tech and the pandemic is that some governments have exploited tech, steering it toward general surveillance for its refugee or prison populations.

How did you choose the countries already defined for the Unfreedom Monitor?

Nyabola: This is a pilot phase that cuts across government systems, such as monarchies, elected democracies, and authoritarian or military regimes. The monitor combines qualitative and quantitative research on motivations, practices and responses to digital authoritarianism around the world, and we have selected countries so that each continent is represented.

What can citizens do?

Nyabola: To get informed! You don't have to become an expert in digital rights, but it helps to know what is happening in the world. And to believe that we have more power than we often realize, especially in terms of legislative elections and how these affect laws relating to digital rights. The General Data Protection Regulation (GDPR)  in Germany is less than five years old. Let your elected officials know that you don't want to be tracked every time you go online. I don't want Facebook to be able to build shadow accounts.

What makes you hopeful for the future?

Nyabola: Martin Luther King Jr. said: "The moral arc of the universe is long, but it bends towards justice." We have to bend the moral arc of the universe. We can't just sit back and wait for it to bend itself. I don't just think about this digital moment as in the last 30 years, but rather in connection to radio and television and all of these media communication innovations that have happened over the last 100 years. Everything can be changed. It's like sitting under the shade of a tree versus planting the seeds.  I'm sitting under the shade of trees that people before me planted. I am an African woman working in technology whose grandmother had a completely different life, but if not for the seeds that she planted, I couldn't enjoy the tree's shade. What keeps me hopeful is that I believe in the long fight.

This project is part of the global initiative "Transparency and media freedom - Crisis resilience in the pandemic" of DW Akademie and the Federal Ministry for Economic Cooperation and Development (BMZ).