How to support the media in conflict regions

People's very survival may depend on getting reliable information from the media during a conflict or disaster. This briefing paper outlines specific ways of championing the media in difficult circumstances. (EN, RU, FR) 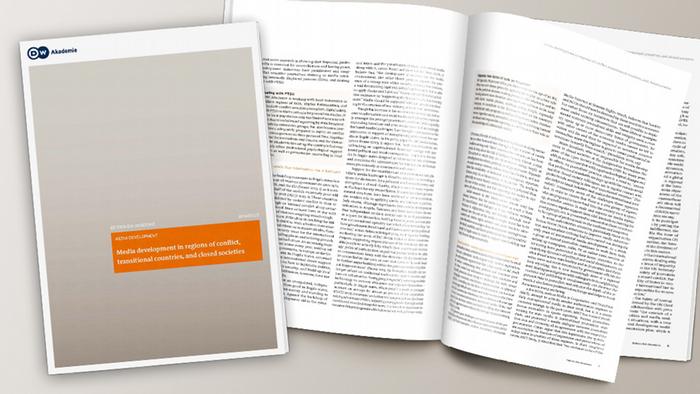 For media development organizations, supporting the professional media in conflict zones and fragile states raises many questions. Is it worthwhile investing time and resources in the media in such regions at all? If so, what kinds of projects or strategies achieve better results? What are the experiences of other international organizations working in such regions?

Download the briefing paper below - available in English, French and Russian

The paper's author Nadine Jurrat writes about her findings and highlights some successful strategies for supporting media in tough conditions in the following email interview with #mediadev.

#mediadev: In your paper, you conclude that media development in conflict and transitional countries is difficult but not impossible. Does that hold true even for conflict-ridden countries like Syria?

Nadine Jurrat: The obstacles in conflict-ridden countries are very high, not least because of the security risks for all involved, even for those working from exile. But it's important to find existing possibilities to build upon in each context and support local efforts, even if they are minute. Because then, amidst the propaganda from warring factions, local populations and displaced people have access to accurate information and news sources they trust. Only then can they understand the conflict and make informed decisions about their daily lives.

We have seen some brave and creative initiatives coming out of Syria and other war-torn countries. These are countering propaganda and helping to overcome information black holes. One such example is the website Raqqa is Being Slaughtered Silently, which documents war atrocities in the Syrian city of Raqqa. The Libya Cloud News Agency uses the Internet to give its network of correspondents from all parts of Libya a safer way to publish their reports. On the technical side, Pocket FM, which is a portable radio transmitter, has been developed to allow people in conflict zones and remote areas with no access to the Internet or to electricity a secure way to broadcast information to their communities. 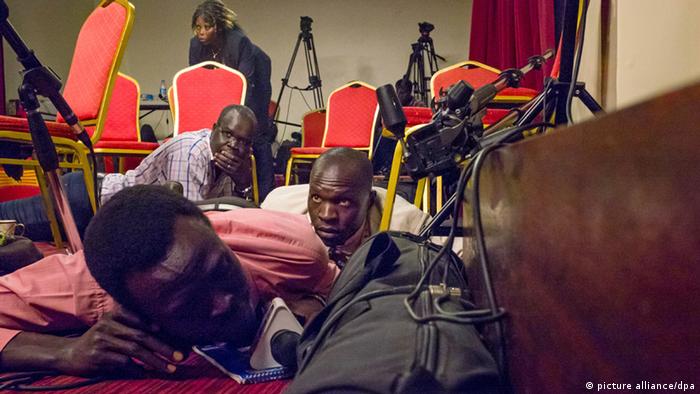 What about approaches in countries that seem to be steering more and more towards authoritarian rule and a closed society, such as Turkey?

Freedom of expression serves as the base for all other rights, so it is the first thing that regimes steering towards authoritarianism will curtail. We have seen this in so many different cases recently – Russia, Azerbaijan and currently Turkey, where critical journalists and human rights activists have been threatened and discredited or put into prison, and independent media outlets have been closed. What is left is a co-opted media, which acts as a mouthpiece for the regime and manipulates public opinion at home and abroad.

As the space for free expression closes, so do the opportunities for media development inside the country. But it's important to continue the political pressure from abroad, through public recognition of the important and courageous work local journalists do, continuous public campaigns and political advocacy with Western governments. This is especially important if the country in question wants to keep up a democratic facade. Smaller initiatives, such as training journalists in seemingly non-political issues, i.e. sports, environmental or business news, have been used to convey critical thinking in Iran, Zimbabwe and North Korea – countries that have been under authoritarian rule for a long time.

Alternatively, support for exiled media in terms of training, security and finances has been a promising way to continue the flow of independent information about the situation in closed societies and improve the skills of media professionals who want to return to their home countries as active journalists once it is safe for them to do so.

You also dwell on fragile states, which are characterized by fractured societies, weak capacity to carry out basic governance functions, a culture of impunity or high levels of corruption. Is free information the first thing these societies need or could free information exacerbate tensions?

All kinds of information, especially propaganda, are already being spread in fragile states. This often leads to rumors and misinformation and thereby fuels existing conflicts. This is being exacerbated by the fact that more and more people have access to the Internet and the media strategies of warring factions are ever more sophisticated. So the pressing question is not whether free information is what people need. But rather who has the biggest influence on existing sources and channels of information? Is it those who have a personal, political or economic agenda? Or is it journalists and media who have been professionally trained to act as watchdogs for the whole of society?

Conflicts big and small can only be resolved through communication and a responsible media can play an important role in providing the necessary information as well as being platforms for dialogue to defuse tensions and help build more stable societies. What is particularly important in this context is that journalists work ethically, provide accurate information and understand their roles and responsibilities so that they don't incite violence.

What could media development look like under such conditions?

Media development actors need to have a clear and coordinated strategy on how to support a free and pluralistic media landscape in a fragile state. They need to assess local needs and work closely with all stakeholders. If media development is to have a lasting impact, it is vital to consider all aspects fostering freedom of expression and a free media, such as: relevant legal frameworks, including those to ensure the safety of journalists; access to regular and affordable journalism training, especially in conflict-sensitive journalism and security; and supporting media to find sustainable business models. Moreover, those in power and society as a whole need to understand the benefits of an independent and pluralistic media landscape and how it can have positive effects on their daily lives. All this takes a very long time and needs constant reassessment as things evolve.

After natural disasters, such as the 2015 earthquake in Nepal, people are particularly vulnerable. What could media and media development do as part of relief efforts? 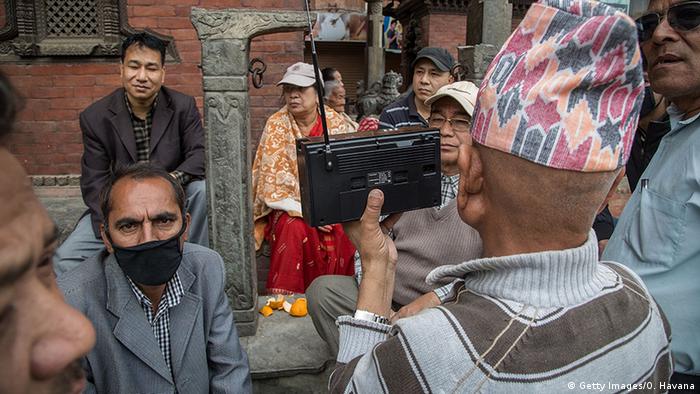 In Nepal, information via community radio stations on how to stay safe and where to receive food and shelter supported the relief efforts in the immediate aftermath of the earthquake. Later, radio was also used to advise affected communities about health issues, warn them about people trafficking and inform them about available government assistance. This was particularly useful as the area affected consisted of remote villages. In the long run, local radio reporters were trained to follow up on the reconstruction efforts and to hold aid agencies and the government accountable.

Nadine Jurrat is an independent consultant with over 12 years' experience in the field of international media development. Her focus lies on journalist safety and support for independent media in conflict zones, fragile states and closed societies. Apart from her work in project development, fundraising and evaluations, Jurrat has published reports for The Rory Peck Trust and the Open Society Foundation.

Thie interview text has been edited for brevity and clarity.