In Pakistan, Tribal News Network serves audiences near the Afghan border. Director Said Nazir speaks about the media outlet's challenges, its commitment to amplifying marginalized voices, and how to stay viable. 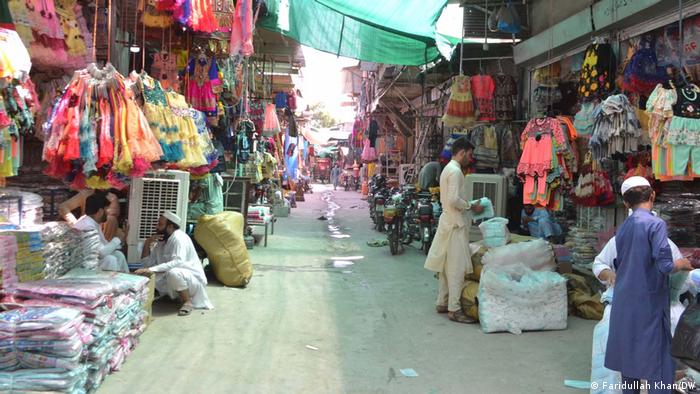 DW Akademie: Said Nazir, you are the founder and director of Peshawar-based Tribal News Network, or TNN. What's TNN's mission?

Said Nazir: In the rural parts of Khyber Pakhtunkhwa province and the former Federally Administered Tribal Areas, people have very limited access to the media. At TNN we produce content which is relevant, interesting, and impactful to the local population.

How do you make sure you produce relevant content?

We engage a lot with the community. They come to us to get information and they trust us. I think it's a big thing for a media house to be trustworthy, to be connected to local community, to take them onboard. Take the example of Afghan refugees. They have been neglected for years in Pakistan. There's a disconnect between the two communities.

How does your work help to overcome this divide?

We did research on Afghan refugees: What do they want? What are their consumption habits? We went to households, we did key informant interviews with leaders of the communities, and we spoke to both men and women. We trained local Afghan refugees together with the local community. Bringing together these communities contributes to peacebuilding and confidence-building. We also provided training on constructive journalism for Pakistani journalists and Afghan refugee journalists. Then, they were grouped together in teams of two, in a buddy system: one Afghan and one Pakistani journalist. They worked together on Covid-19 and the topic of Afghan refugees in Pakistan and then the story was published and broadcasted on different platforms.

Can you give more examples of TNN's reporting?

A couple of months back, there was a ban on music in Bajaur [district]. We did a story on it, and the government took action. The [decision-making council] jirga withdrew the decision. 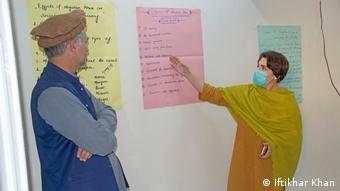 Another example is a sports complex in the city of Mardan, [the second largest city in Khyber Pakhtunkhwa]. Some radicals, together with a government official, had banned the entry of women to do sports. And we broke the story. There was so much reporting on it afterwards and the decision was reversed. The government is not always transparent in processes and policies. So here comes the role of the media to make it accountable.

What role do female journalists play?

We are working with women to empower women in the region. We are training 16 women this year to become journalists and bloggers. Most of the women we have been training are staying in the profession. That's very positive. Women initially often face resistance from their family, from their brothers and fathers – because women so far have not been accepted in a public role. But we are committed. We need women in journalism and female bloggers. We have to acknowledge these barriers.

Where else do you have to overcome challenges?

If you're bringing change to a very conservative, a very difficult society, you have to push boundaries a little, and then push some more. This way you can overcome the challenges and create a space for everyone.

When I first introduced a transgender person to the organization as a host, my family members criticized me. "Why are you putting these people on air? It's not a good idea, it will bring a bad name for you and your organization". And then there was resistance from the staff. No one was ready to sit with her in the show. But slowly and gradually we are overcoming this. When she did the show in the beginning, 90 percent of the comments on Facebook were negative, some abusing. Now, maybe 10 to 15 percent of the comments are negative, 80 to 85 percent are positive.

What are your plans for the future?

TNN is growing and we are changing the media landscape in the region. We want to see more inclusivity, not only in TNN, but also in other media houses. And we should be more accountable to our audience. Nowadays, the media is two-way: We should strengthen the link between the media and the audience. And we should also work on how we can increase the audience's trust in the media, including TNN. The biggest question is media viability and sustainability.

How viable is TNN?

I'm satisfied that we have progressed very well. If I look back to the beginning and founding era of TNN, we were totally dependent on donors. And now we generate some 45 percent of our revenue stream from other sources. That's a big achievement in a conflict-affected region. First, you have to diversify your income sources.  Second, once you have the trust of the people, you increase your audience, including women and marginalized groups. That translates into revenue generation and opens up new windows for you to be more sustainable. You cannot rely on just one revenue stream. 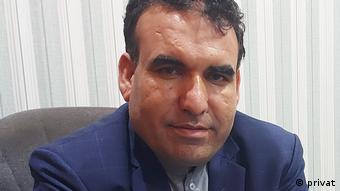 Said Nazir is a journalist, entrepreneur and rights activist from Pakistan. He is the founder and director of Tribal News Network Pakistan, a news platform that serves audiences in the tribal districts of erstwhile FATA (Federally Administered Tribal Areas) and Khyber Pakhtunkhwa.

The Interview has been edited for clarity and brevity.