″Honey for the well-being of the community″ – How the software ″Colmena″ helps community media inform in times of crisis and beyond | transparency-and-media-freedom | DW | 25.04.2022

María Alvarez Malvido is an anthropologist and expert for communication especially within indigenous communities in Latin America, particularly in Mexico. She explains community media contributions during the pandemic. 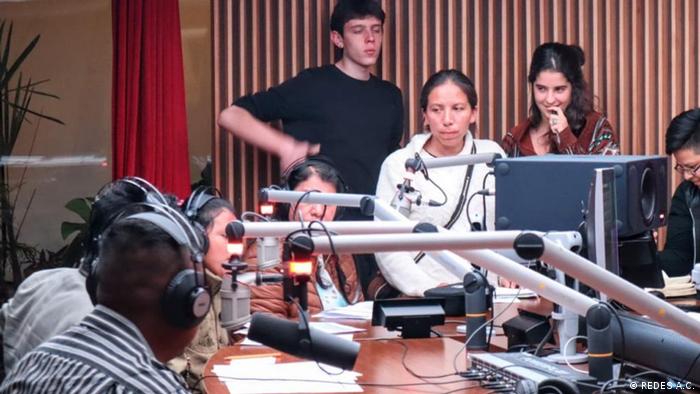 DW Akademie: What can community and local media offer in times of crisis and what do they bring to their communities? 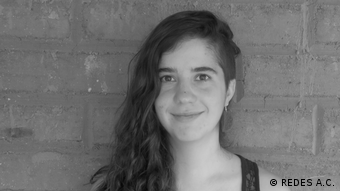 María Alvarez Malvido: In many territories, community and local media have earned a central and trustworthy role in the access and sharing of information. This, I believe, is a result of their ongoing engagement with local ways of communication, local knowledge, community’s memory, stories, needs and desires. Also, through the efforts of claiming the right to communicate in a local, autonomous and sovereign way.

In times of crisis, such as COVID-19, community media is a relevant tool, helping communities save lives. I believe this for two reasons: one, because of their role as "translators" of global or national, (sometimes online) information into a local context. For example, sharing regional information about vaccines or other public health plans and services. Secondly, but as importantly, by facilitating access and sharing local healthcare knowledge.

In Mexico, for example, since the beginning of the pandemic, many indigenous communities decided to close entry to their territories and/or to provide local, as opposed to national, health services. In this context, some local radios had a key role in sharing these local guidelines alongside that from the federal government. By translating, I mean into the local languages, but also by analyzing, discussing or selecting global or regional information in a way that is useful to the community. 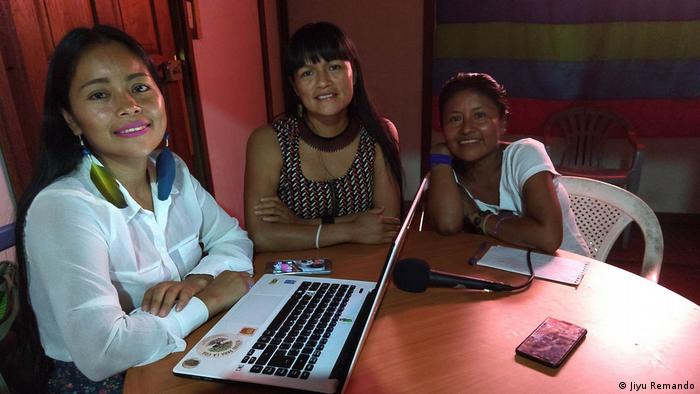 Jiyu Uyunkar, Kankkuana Canelos and Rupay Guanliga from Ecuador established Remando, a podcast for Ecuadorian women. For two months during the pandemic the community reporters weren't able to produce

What do community and local media contribute in terms of cosmovisions, cultural diversity and indigenous languages?

I would say that local and community media have a role in the preservation of life, not only in terms of COVID-19, but also in terms of cultural and linguistic diversity. Radio has become an important communication tool to many communities for the continuity of collective memory through oral tradition, contributing to the revitalization of indigenous languages – many of which are endangered through decades of colonization – which hold the ancestral knowledge and ways of living in relation to the specific territories and specific ecosystems and other forms of life within. In different contexts, it is a place for the participation of elders, knowledge keepers, children, storytelling, news and music that are a part of community life and which mass and centralized media often ignore.

What are the main challenges for these media outlets in times of COVID-19 restrictions and post-pandemic realities?

Many community media rely on interpersonal contact to collaborate, build agendas, produce and air their productions. Though personal computers can be found in most community radio stations, it is not the case in many homes, so phones and online access have become imperative to continue working. The recent need to relate online quickly increased the reliance on commercial rather than accessible or affordable software and tools for many communicators, which brought economic challenges related to access and affordability, as well as risks around privacy and digital safety.

What does the new open source software "Colmena" – the Spanish word for beehive – contribute to the work of those media outlets and its work with communities?

Colmena provides open source tools for the planning, production, streaming, archiving and sharing of their radio content. It was a collaborative and diverse development process with radio stations in Africa and Latin America, considering their workflows, needs and ideas.

I think its contribution is also tied to its name, which was decided on collectively. It comes from the idea of a beehive as a common place where the bees – the communicators – can get together to share the polen – the information – they have harvested, and produce the honey – the content – for the wellbeing of the community. In this sense, it is a place for radios to create, share and access content, but also a place where community and local radios across the world can learn about their diverse territories, exchange content and co-produce it. I think it can be a place to articulate existing collaborations, but also a starting point for many more to come. 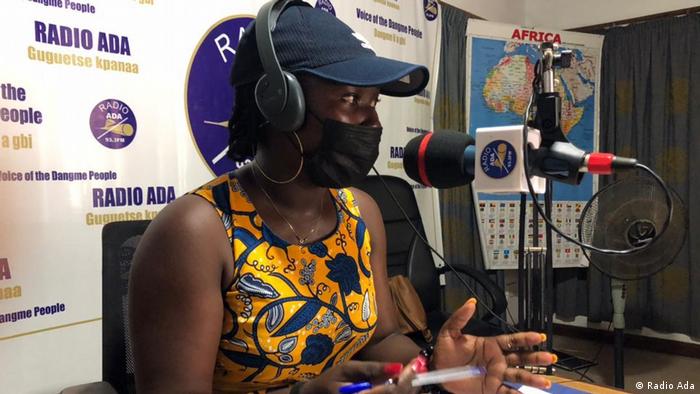 What has Colmena's experience of co-creation with the different Communities of Practice been like? What was the most exiting or memorable moment for you accompanying this process?

The experience of co-creation has been a learning journey for all of us who have been involved. Especially an incredible opportunity to collaborate with amazing communicators from different territories, who reveal, to me, the potential diversity of communication when it comes from community-based processes in relation to a local territory. Also, the powerful reflections and possibilities that come when we engage with technology, in collaboration with diverse stakeholders, such as developers, communicators and designers.

One memorable moment for me was our first or second meeting with the media outlets in Latin America and Africa, where we invited communicators to share their dreams. This revealed the depth of reflections and reasons for engaging in this collective process, while finding that the place to do it would look like a beehive.

María Alvarez Malvido is an anthropologist and expert for communication especially within indigenous communities in Latin American, particularly in Mexico. Her expertise includes the organization and understanding of intranets. María Alvarez Malvido works for REDES A.C., a Mexican DW Akademie partner organization. DW Akademie and REDES A.C. developed the open source software "Colmena", a co-creation with local and community media from Latin America and Africa. The Colmena project is part of the global initiative "Transparency and media freedom – Crisis resilience in the global pandemic" , launched by the Federal Ministry for Economic Cooperation and Development and DW Akademie.

DW Akademie and its Mexican partner organization REDES A.C. have developed an open source software to help local media to reliably inform their communities in times of crisis.

Strong local media can make communities in Africa and Latin America more resilient. But can local media continue working during the pandemic? They can, using the new software "Colmena" – a digital "beehive".