How do women journalists working in conflict zones deal with their own trauma? At a one-day workshop in Peshawar, Pakistan, women talked about their experiences. Journalist Farzana Ali was among the 12 participants. 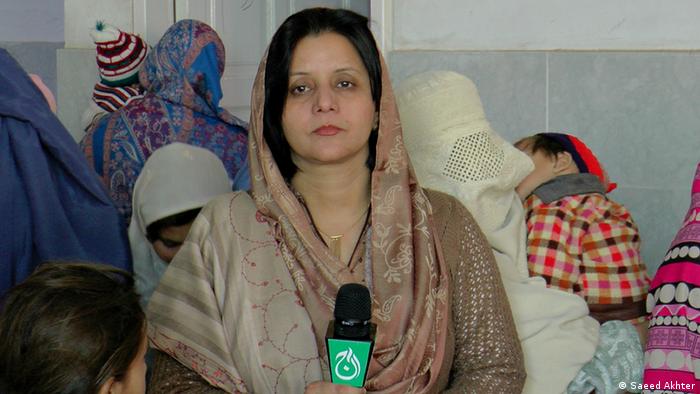 Northern Pakistan is a traditional society, and few women journalists there report directly from conflict zones. Farzana Ali is an exception. She is the bureau chief of Aaj TV in Peshawar, and for the past several years has reported on terrorist acts in the northwestern province Khyber Pakhtunkhwa (KP) and the conflict-ridden Tribal Areas. But she says you don't always have to travel outside the city to be confronted with trauma - sometimes it happens close by.

What have been incidents that you have found difficult to report on as a journalist?
I've reported on bomb blasts and hot spots, but I think the worst experience was covering the Army Public School incident in December 2014. (Editor's note: Seven gunmen stormed the school in Peshawar, killing 141 people, among them 132 children). It was shocking. There were body parts everywhere and women and children were crying. I spoke with about 100 families who had been affected.

How was it challenging for you personally?
I'd wake up with nightmares, remembering what I'd seen and heard, and I felt very weak and depressed. I also began to fear for my 15-year old son, and took a few days leave to get out of the city so that I could spend time with my family.

What were the experiences other journalists attending the workshop spoke about?
There were two other seasoned journalists who had covered conflict zones, but most of the women attending were young and mainly reported on education and health issues. Still, we had all been emotionally affected by the school attack, and some cried as they talked about their feelings. I cried a lot myself. 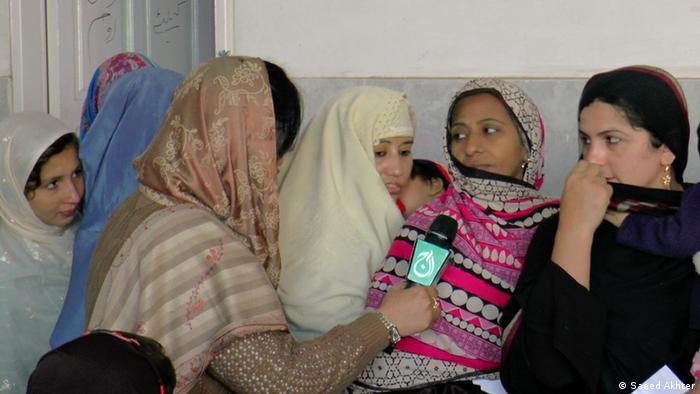 Do women and men react differently to trauma?
We all hide our feelings and emotional issues at the beginning. We are reluctant to discuss trauma openly, because it's also a psychological issue. In our society anything related to mental health is taboo because other people see you as being mentally unbalanced. Unlike most men, women do at least talk with each other about their experiences.

What were you able to learn at the workshop?
We looked at ways to deal with post-trauma and we looked at precautions to take, but this is often hard. You see when you are working in conflict areas as a journalist, you are sandwiched between the military and the militants. At the same time you are also trying to follow journalism ethics.

We often don't recognize the symptoms of trauma, but at the workshop I realized I was suffering from trauma myself. That's a big step because in order to overcome it, you first have to admit that you've been traumatized. I've now also produced programs on the issue in order to raise public awareness.


The one-day workshop was part of a series called Focus Group Discussions for journalists who have experienced trauma. It was run by Prof. Dr. Erum Irshad, Chairperson of the Department of Psychology at the University of Peshawar. Together with Prof. Dr. Altafullah Khan, Chairperson of the Department of Journalism and Mass Communication, she also heads the university's Competence and Trauma Center for Journalists, the first of its type in Pakistan. To date, 40 journalists, including two women, have completed the therapy program.

Approximately 400 journalists have also taken part in additional activities, including open discussion forums, events, and visits to the center. Many more have learned about its existence through extensive media coverage and various publications. The center was launched in November 2014 and continues its work with DW Akademie support.

Pakistan: Wars in the head

They report on suicide attacks, drone strikes and torture and give the victims a voice. But who listens to the war correspondents? A unique trauma center in Peshawar offers them a place to turn to. (09.11.2015)