Fact-checking work can differ greatly from one country to the next, depending on everything from patterns of social media use to lack of resources. 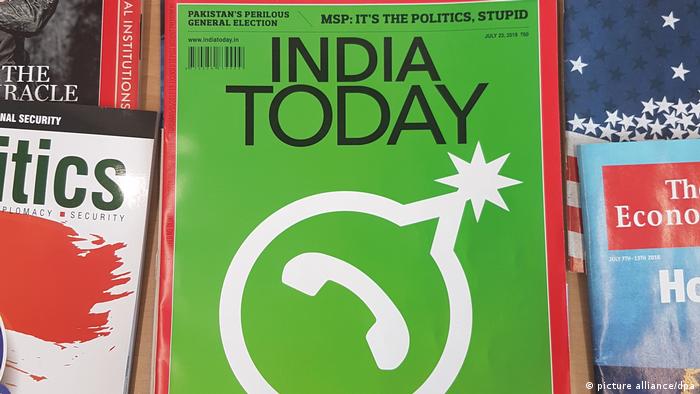 Fact-checkers around the world face shared challenges in terms of identifying misinformation, correcting it, and disseminating their findings. However, certain challenges look very different outside countries in North America and Western Europe, where funding and research into fact-checking has been most concentrated. And such problems are especially difficult in contexts affected by underdevelopment, armed conflict, or authoritarianism.

Identifying misinformation and stopping its spread online are core tasks of fact-checkers everywhere, and well-funded organizations have developed advanced tools for monitoring publicly accessible information flows on social media platforms such as Facebook. However, these are not necessarily the most important communication channels in all contexts. Indeed, misinformation even in the United States increasingly circulates within private channels, such as WhatsApp, Telegram, or Signal chat groups. The Financial Times described Indian Prime Minister Narendra Modi's 2019 campaign as part of a "WhatsApp election", noting that misinformation in India spread unchecked and "beyond the purview of electoral authorities or independent fact-checkers" – something already demonstrated the previous year during Jair Bolsonaro's presidential campaign in Brazil.

Closed groups with encrypted communication can be easy targets for disinformation campaigns, but they can equally be a source of security for people living under repressive governments that tightly control the public sphere. At the same time, they may simply be the most widely used apps in a given area. Visa policy analyst Andy Yee notes that the social media formats most popular in Asia "tend to be 'walled gardens' with closed networks," such as KakaoTalk (South Korea), LINE (Japan, Thailand, Taiwan), and WeChat (China). Regardless of why people use such channels, their increasing prevalence poses difficulties in terms of tackling misinformation. Fact-checkers currently have little choice but to wait for skeptical members of closed groups to report questionable information to them for independent analysis.

Obtaining reliable, authoritative information to debunk misinformation is another challenge that affects even well-funded fact-checkers in relatively open societies. Not all such information is readily available, and only a fraction of it exists in the form of structured datasets that are easily searchable. However, where governance is opaque, corrupt, or simply weak, it can mean that official information for verifying problematic claims is inaccessible or entirely nonexistent. Indeed, as University of Wisconsin Professor of Journalism Lucas Graves writes, "access to data tends to be more limited where fact-checking is needed most, in authoritarian environments with few independent media outlets."

In parts of the Global South, further challenges are often connected with a lack of resources, as a 2018 study of small, independent fact-checkers in Bangladesh, India, and Nepal found. In Bangladesh, self-funded and donor-supported fact-checkers have had to rely on volunteers and been unable to pay for licensed software. Even open source software created by data journalists and civic tech groups elsewhere is of little use when natural language processing tools cannot parse the local language.

Higher stakes in areas of conflict

And in countries with simmering religious or ethnic tensions, the stakes for fact-checkers are often higher. Misinformation and rumor can be used to whip up hatred of specific groups, as happened in Nigeria in 2018. There, manipulated and decontextualized images disseminated on Facebook were used to incite violence between Muslims and Christians belonging to different ethnic groups. Though Facebook partnered with fact-checking projects in the region to limit the spread of such posts, the platform devoted only very limited resources to these efforts. Four full-time staffers were responsible for fact-checking content for the whole of Nigeria, and none of them spoke the local language in which some incendiary content circulated.

Countering misinformation is a major aim of the global fact-checking movement, but in conflict zones subject to information warfare, even independent fact-checkers have felt compelled to openly take sides. In Ukraine, for example, the non-governmental organization StopFake rigorously fact-checks dubiously sourced, manipulated, and falsified information appearing in Russian media about Ukraine. Many such news items attempt to feed false narratives about Ukraine as a fascist, declining, or failed state.

Sometimes, even Ukrainian media pick up these stories, says StopFake founder Olga Yurkova. When they do so without verifying or referring to the source, it can mean that "Russian fake news has been transformed into Ukrainian 'real' news." Though StopFake's mission might appear suspiciously partisan to some journalists abroad, domestically its opposition to blatantly biased news is precisely the point. "Autonomy from pro-Putin media undergirds the site's truth claims," said Yurkova.

In Russia itself, as in many countries where press freedom is severely curtailed, fact-checking has struggled to gain a foothold. Control over mainstream media outlets in Russia is often so thinly veiled that audiences are skeptical even towards quality journalism. Some critical media outlets have incorporated fact-checking into their operations, such as the website The Insider, which maintains a regular "Anti-fake" feature. However, according to Coda Story's Alexey Kovalev, the audiences for such media tend to be small, well-informed, and thus less susceptible to misinformation in the first place.

Independent fact-checkers sometimes evade political pressure by operating from outside the country where their audiences are found. This is the case for FactNameh ("Book of Facts"), a Toronto-based project that verifies claims by Iranian leaders and in Iranian media. According to FactNameh's founder, such work would be dangerous, if not impossible, in Iran itself. At the same time, operating from abroad limits both information access (for doing fact checks) and reader interest (since some may distrust it as a "foreign agent").

Fact-checkers working under different, often adverse conditions face special problems that require their own specific solutions. Nevertheless, networking, exchange, and mutual support among fact-checkers remain some of the best means of meeting these challenges.