Loved ones of enforced disappearances in Mexico use new approaches to destigmatize the victims and their families with Narratives and Memories of Disappearance, a project from DW Akademie's partner Técnicas Rudas. 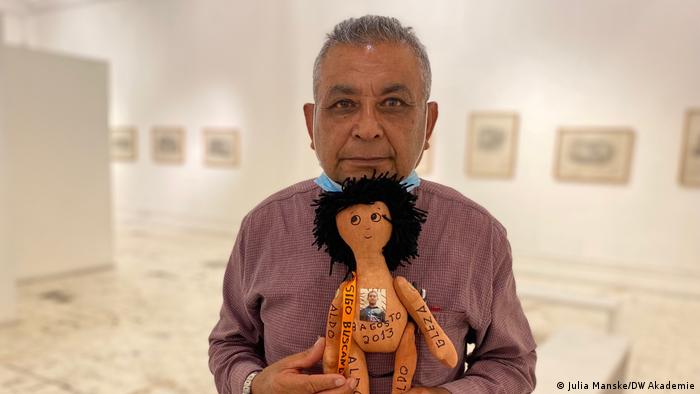 Don Francisco is looking for his son Aldo who disappeared on August 8, 2013

Mexico has the highest number of enforced disappearances in Latin America: an average of 28 people disappear violently and involuntarily every day. More than 100,000 people are considered missing, according to the United Nations Committee on Enforced Disappearances (CED). In most of these cases, their families are left broken, isolated and ignored by both political decisionmakers and the mainstream media. Society marginalizes the tragedy and stigmatizes the victims, as there is a widespread misconception that there is a valid reason why they were targeted, such as a connection to organized crime.

Through empathy, art and dialogue, DW Akademie works together with the organization Técnicas Rudas to support the families, remove the stigmatization from the image of the victims and to show that anyone can suffer the misfortune of forced disappearance. Putting a face to the victims and conveying the pain of the families is in line with the UN recommendations to combat thethreat by  informing and educating society about these crimes. 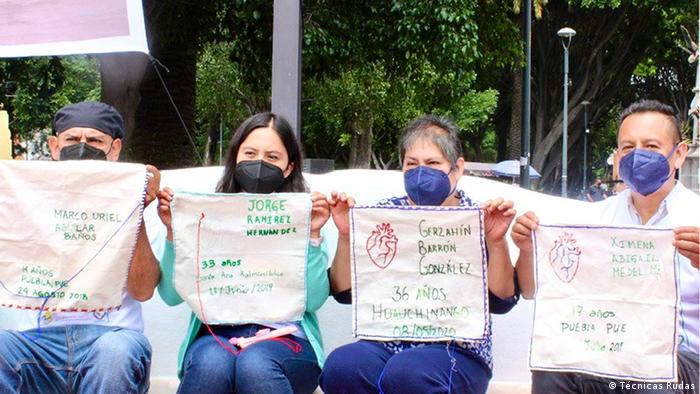 Families of disappeared persons express their emotions through different artistic expressions, such as embroidery

As part of the project "Narratives and Memories of Disappearance in Mexico" (Narrativas y Memorias de la Desaparición en México), Técnicas Rudas brings art and media professionals, academics and researchers together with relatives of victims of enforced disappearance, to engage in different artistic and collective activities.

Since the beginning of 2020, the joint effort of the project has made it possible to develop events and create products as diverse as theater, embroidery and illustration that express uncertainty and grief, but also hope. Families have made podcasts, songs and poems that capture the persistence of their search. Others have participated in collective exhibitions of posters that denounce the situation and demand justice.

The artist Arturo Muñoz Rodríguez, who performs under the name el Carcará, supported the Mothers in Search Collective of Coatzacoalcos by helping to create the song "La Búsqueda" (The Search). This song was the result of a workshop and its lyrics describe the emotional and physical route that a day's search entails for the mothers of the victims of enforced disappearance.

After the onset of the coronavirus pandemic, Técnicas Rudas, with the support of DW Akademie, launched an investigation into the relationship between the health crisis and enforced disappearances. Their findings were then represented through both art and journalism. The collaborative work "Desaparecer en Pandemia" united Mexican activists, researchers, journalists, programmers, designers and visual artists to make visible, through four innovative stories, another hidden face of the ever-growing number of disappearances that plague the country.

As the search continues, new narratives and forms of expression accompany the tireless families. They try to give comfort to the pain and keep hope alive, until their loved ones are found.

DW Akademie has worked with Técnicas Rudas in Mexico since early 2020. The independent local organization supports the victims of enforced disappearance in Mexico through strategic research and forming partnerships. DW Akademie’s goal is to make human rights topics more visible to the general public. In 2011, the UN declared August 30 to be the annual "International Day of Victims of Enforced Disappearances".