Water is our most precious resource, but due to environmental change, water is no longer accessible to everyone or is constantly polluted. DW Akademie together with DW, launched a journalism workshop and video contest. 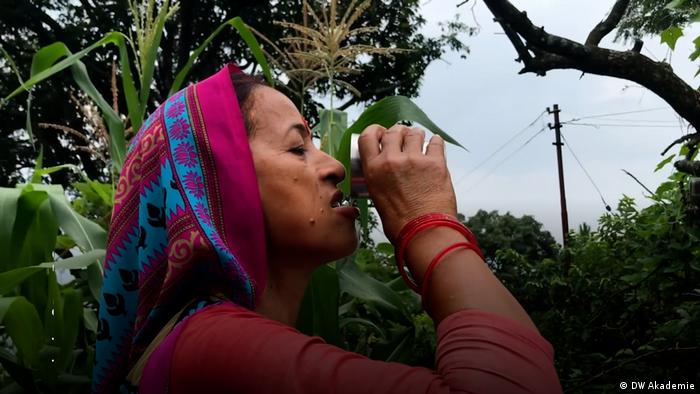 Drought, poor water quality, conflicts over water sources are global problems around access to fresh, clean drinking water that can take very different forms in different regions of the world. Local reporting on such environmental issues can be powerful in revealing how small issues connect to global problems. Atif Tauqeer, a trainer in Pakistan, thinks that it is necessary to educate local journalists on the topic of water.

"Environmental protection needs a collective response, which can only be achieved while enabling local journalists from all over the world to bring local stories to the world," he said.

The interactive online workshop series "Environmental Journalism: The great rivers of the Indo-Pacific – Lifelines and sources of conflicts" was offered in four Asian countries: Bangladesh, India, Indonesia and Pakistan. Its goal was to support local media professionals in the production of high-quality mobile video reports on environmental issues.

Sound environmental reporting as a means of combating conflicts

For Ayu Purwaningsih, one of the workshop's trainers and an editor at DW Indonesian, the workshop highlighted the special nature of the Indo-Pacific.

"The Indo-Pacific region is considered one of the most ecologically threatened regions in the world. Population growth, climate change, and the ever-increasing demand for natural resources have led to serious environmental problems," she said.

The rivers and streams in the Indo-Pacific are lifelines of the region. Many people living on the banks of these waterways depend on them for their livelihoods and are the first affected by water scarcity, droughts, floods, mangrove shrinkage, overfishing, water pollution and other ecological problems.

As the residents suffer the consequences of environmental damage, these great waterways often become the cause of large-scale social, economic and political conflict. To avoid such conflict, people need high-quality information about the causes and effects of these ecological problems. Factual, well-produced environmental reporting can raise awareness for such ecological issues. In addition, giving the people who are immediately affected by these ecological problems a voice can encourage dialogue and help in finding cross-border solutions.

'Eco-Frontiers' - a cooperation between DW Akademie and DW

Check out the winning videos from India, Pakistan, Bangladesh and Indonesia.

The project was financed by the German Federal Foreign Office (Auswärtiges Amt).