DW Akademie has guided its projects through the pandemic largely unscathed by using digital working methods. But now, the contagious Delta variant is threatening people in the Global South. A case in point: Uganda. 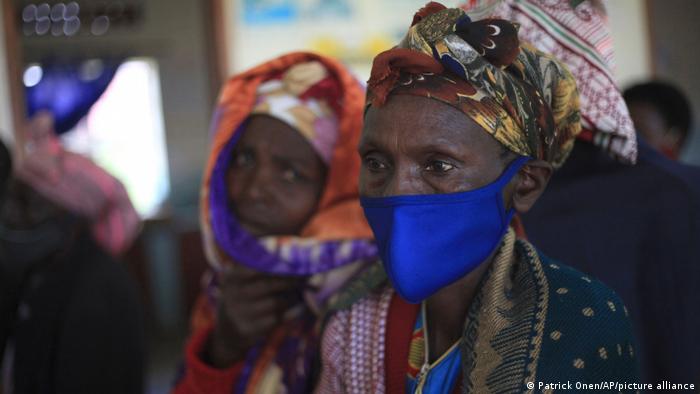 "We were all so carefree," said Miriam Ohlsen, DW Akademie's Program Director in Uganda, looking back on the early days of the pandemic. The country had successfully sealed itself off against COVID-19 in spring 2020 with a tough lockdown.

"There were only a few cases. No one around me had Corona. Life went on as normal," she said. The climate, the very young population – it seemed to Ohlsen as though the virus could not harm the East African country.

"And then came delta." The particularly contagious virus variant hit a largely unprotected population. According to the Ugandan Ministry of Health, only about one million vaccine doses are currently available for the almost 44 million inhabitants. It felt as though infection levels have risen overnight. “Suddenly everyone knew someone who had fallen ill or even died. Many employees of our partner organizations were also affected,” Ohlsen reports.

A second hard lockdown followed on 18 June 2021: shops and schools were closed, public and private transport was banned, and a curfew was imposed from 7 pm onward. Even those who need to go to the hospital for a medical emergency have to obtain permission from the local authorities beforehand. Unlike the first lockdown, people could no longer flee to relatives in the countryside and engage in private farming. “Many are stuck in Kampala, out of work and with no money for food or medical care,” says Miriam Ohlsen. 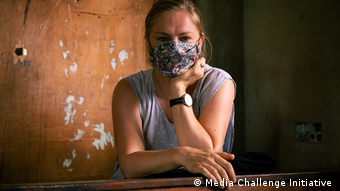 “Many are in dire need”

The Ugandan government has identified motorcycle taxi drivers, single mothers and slum dwellers as particularly vulnerable groups and has accordingly pledged the equivalent of 25 euros per capita in emergency aid. “Many are in dire need,” says Miriam Ohlsen. Together with colleagues, she has launched a private fundraising campaign to support people in her immediate circle as well as local relief organizations such as the 40 Days Over 40 Smiles Foundation.

Since the onset of the pandemic, DW Akademie has been providing employees and partners on the ground with data packages, so that they can work from home, as well as masks and disinfectants. As a result, project activities have shifted to hybrid and digital. For instance, the partner organization Media Challenge Initiative (MCI), which trains young journalists in Kampala, has expanded its offer to include digital learning modules. In addition, there are plans to network with a second DW Akademie project to promote local journalism in Uganda: a newsroom and production studios are to be set up in the new MCI Media Hub, which will cover an area of around 1000 square meters. This is how MCI intends to improve reporting on the topic of public services in rural areas in the future. Both projects are funded by the German Federal Ministry for Economic Cooperation and Development (BMZ).

According to the World Health Organization, infection levels in Uganda have relatively dropped. Meanwhile, there remains a lockdown until the end of July. Miriam Ohlsen hopes that she will soon be able to fully resume her work on the ground. “People urgently need reliable information—especially now during the pandemic—to combat misinformation and disinformation, among other things. Many vaccine myths and other conspiracy theories have been circulating, for example, which hinder effective control of the virus.”