Media freedom is under threat — not only in authoritarian states. Media scholar Erich de la Fuente has found that democratic governments use subtle instruments to put pressure on journalists and media outlets. 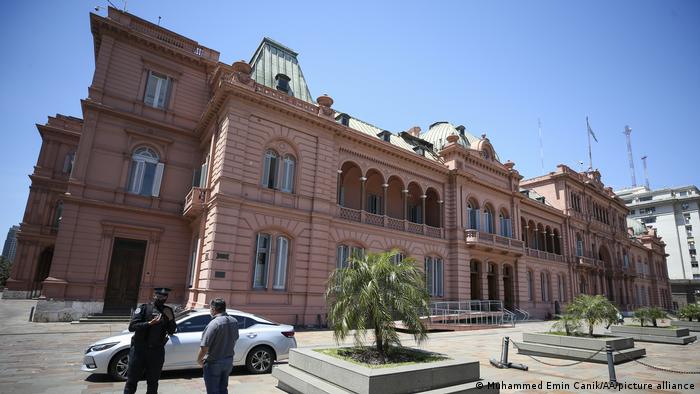 Casa Rosada, Office of the President of Argentina in Buenos Aires: In his research, media scholar Erich de la Fuente describes how the Argentinian government has put economic pressure on media houses.

DW Akademie: Erich de la Fuente, in your book "Limiting media freedom in democratic states" you analyze threats to media freedom in societies that are rated as "free" in democracy rankings. What was the motivation behind your research?

Erich de la Fuente: Democracy is not safe unless we strengthen it. From the 2010s on, we first started seeing a disturbing trend: Media freedom in democracies was starting to backslide. There has been a wake-up call in the last five or so years that this trend is accelerating and becoming a global issue. It is like an illness. If you allow it to spread, even the best doctors will not be able to cure it. But if you detect trends and address them early on, you might as well prevent a global illness. This is why I looked at the trends when the slide begins — before a country becomes an illiberal democracy, much less an authoritarian government.

What were early symptoms that you discovered?

Looking at Argentina, one of my case studies, the main aspects that I found were economic pressure and non-physical harassment of journalists.

There are different types of economic pressure. First: state advertising. Especially in developing countries, the state has a much bigger role in advertising than in the US or Western Europe. In the case of Argentina, the government is the number one advertiser, bigger than large multi-national companies. And advertising remains the number one source of income for media.

If the government withdraws advertising, this can threaten entire media outlets. What are other forms of economic pressure you observed?

Number two is subtle government pressure on private sector advertising to withdraw or to limit their engagement. The government asks private sector companies to take off advertisements in a publication. Now, the companies do not have to do that. Nobody is going to close them down.

But there might be a tax inspector or someone else who could find something out of order... Take a big chemical company for example. The government will say: "Look, we're going to make sure that people know you have an environmental problem." — Whether you have it or not doesn't matter.

Another aspect is the government giving funding to those news outlets that are pro-government or creating their own media outlets by pressuring private companies. All of a sudden, a concrete magnate may become the owner of a media outlet, funded by the government. We need to follow the money. If I know that you own a media outlet and that you have a multi-billion-dollar contract with the government, I might question the content more. But usually, people don't know.

Do democracies have the right legislation in place to protect media freedom?

The laws all say great things. But let me give you an example: In Argentina, a small newspaper from a province opened a lawsuit against the provincial government. They kept losing. In Latin America, you can appeal to the Inter-American Court of Human Rights even if the Supreme Court turns against you. With very few exceptions, the media will regularly win. In this case, too. The outlet was able to prove that taking down advertising had been politically motivated. So the government had to reinstate the advertising. But: Next year they cut 10 percent, the year after 10 percent — arguing with a huge financial deficit. They always find arguments. They implement the law in their way.

What about individuals? In authoritarian states, individuals are being arrested or physically threatened. Are similar things going on in democracies?

In the more liberal ones, no. But non-physical harassment of journalists is the other part of this equation, which comes in the form of defamation or persecution online. Nobody is shutting down your media house. But there is a constant onslaught on journalists. Presidents in Latin America have been railing against the media for years — long before Trump did it.

Digital technology further revolutionized the ways some democracies applied pressure, including targeting journalists on an individual level. The digital transformation facilitated public access to newsrooms and raised journalist visibility on online platforms. The assumption had been that this would increase interaction between newsrooms and the public, resulting in more relevant content for citizens and therefore having an overall positive impact. However, this exposure opened the floodgates: Journalists have become frequent targets of online trolling.

Would you say there is a dedicated strategy by the government to tackle journalists?

Absolutely. We found out that for years, governments have been financing bots or online harassment. But the actors are hard to trace because these people are not on the government payroll. They are hired through companies.

In addition to online harassment, there are more traditional ways like phoning the editor, telling them to tone down journalists. All these methods have one thing in common: They are subtle. For the general public, they are hard to see. But they slowly erode media freedom.

What effect does this have on journalists?

Self-censorship is the number one consequence. But there are other reactions, too. You'll always have a few journalists that continue no matter what, even if they are threatened. There are a few that start becoming more pro-government. But for the most part, journalists will just not touch certain subjects.

Is there a difference between urban and rural areas?

The economic situation of the media is dire. In developing countries, the private sector market is a lot smaller. In Argentina for example, Buenos Aires is the only major advertising hub. The media in the rest of the country is under even more intense pressure. Large publications like Clarín or La Nación can challenge the government as their journalists are backed by a bigger conglomerate. They still face challenges, but their media groups have better financial support. But in the provinces – who is out there to support journalists of smaller publications?

Do you think that your research findings are evident around the world?

Looking at countries that experienced democratic backsliding in recent years (such as Benin, Hungary, the Philippines, or Serbia), a wider conclusion can be drawn: Governments that move from free to illiberal democracies are likely to curb media freedom to hold on to power. They employ subtle mechanisms until they reach a "visibility threshold" where either these restrictions are detected and can no longer be overlooked, or the government decides it is no longer necessary to hide its actions. When this occurs, political leaders in former free democracies can afford to act as if — or even publicly announce that — their governments have become illiberal democracies. They have gained sufficient control over news outlets that they no longer fear a media outcry that could fuel widespread public protests.

What action can be taken early on to protect against declining media freedom?

I have three recommendations. First: International watchdog organizations need to make this a priority. Because of a lack of funding, many organizations say they have to focus their work on places where journalists are getting killed, tortured and so on. Yes, we've got to stop the fire, looking at dictatorships like China, Iran and Cuba. But other fires are smoldering. Especially in freer societies with room for maneuver, we need more public awareness campaigns — events in universities or society forums. Working with NGOs, civil society organizations, universities or others can create public pressure that politicians in democratic countries need to respond to.

Second: Most development assistance does not provide funding for nascent independent outlets to go to the next stage. They will eventually crumble because the business model is not there. Providing bridge loans and partnering with established outlets to transfer knowledge could be a solution.

Finally, and this is very important: Most of the advertising today around the world is lost to social media platforms like Google and Facebook. Digital companies can be part of the solution. But today, the way they work, they are part of the problem. Legislation needs to be in place, requiring internet platforms to compensate media outlets and individual journalists for the use of their content. 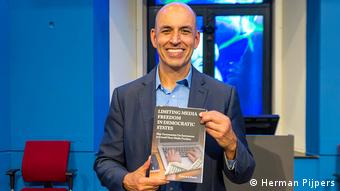 Dr. Erich de la Fuente is a professor at Florida International University and an independent consultant on governance issues with a strong focus on strategic communications and media freedom. He earned his Ph.D. from Maastricht University where his research focused on how democratic governments curtail news media freedom.