COVID-19 in Mongolia: "The media screamed 'censorship' and the government screamed 'slander'"

"In Mongolia, the pandemic was a press freedom crisis before it was a health crisis," says Gunjidmaa Gongor, the Director of the Mongolian Media Council. She explains the importance of the Crisis Communication Chapter. 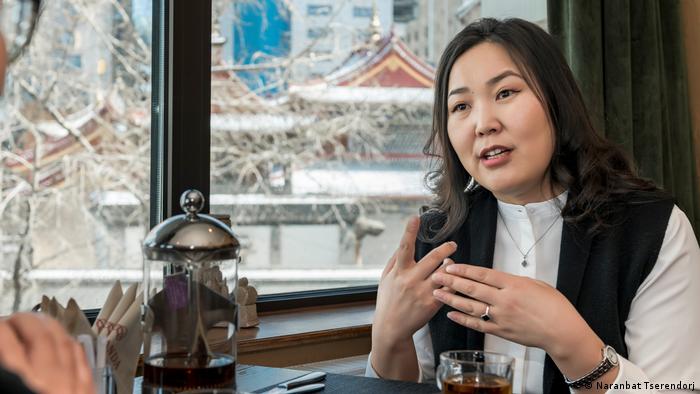 "I'd call it censorship!", says Gunjidmaa Gongor, the Director of the Mongolian Media Council.

DW Akademie: Why do you see the coronavirus pandemic as a crisis in civil rights?

Gunjidmaa Gongor, director of the Media Council Mongolia: Mongolia closed its borders with China at the beginning of 2020 – much earlier than most of the other countries did. Calling it a situation of "heightened preparedness", the government introduced legislation ensuring that it would monopolize communications during the crisis. This resulted in censorship-like effects where the media, for example, was only allowed to report using official sources. Still, the country wasn't experiencing an epidemic at the time, and the first coronavirus transmissions only happened in November 2020.

How did media workers cope?

They were basically out in the cold and being threatened with fines that could ruin their existence. The state and the media were openly hostile to each another, and at the daily press conferences, the national crisis staff rarely allowed any questions. The police also cited journalists for interrogation if they published the results of their own research, even if was correct. The reports from various government agencies often contradicted each other, so the media screamed "censorship" and the government screamed "defamation." It became impossible to agree on basic rules – like the public's right to information from different sources, and coronavirus patients' right to not see their name in newspapers or on social media. 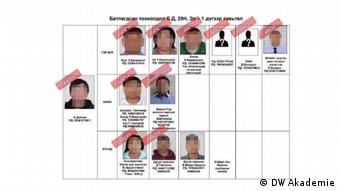 The first coronavirus carrier in Mongolia was apparently a truck driver. His photo and personal information about him, his family, work colleagues and neighbors was then shared on social networks and news channels

Has the Mongolian CCC project come at the right time for strengthening cooperation between state and non-state actors?

There was a turning point in the discussion back in January 2021, after a private television station circulated a video showing a young mother and her newborn baby being removed from a maternity clinic – it was freezing in the middle of a night – and being taken to a quarantine station for those who had contracted Covid-19. Protests then broke out in Ulaanbaatar and the entire government resigned. At the very latest, that was when everyone involved realized that something was fundamentally wrong with our country's crisis communications. We knew we had to work together to restore people's trust so that they could rely on "good" information, which was available, and that could help them in the pandemic. 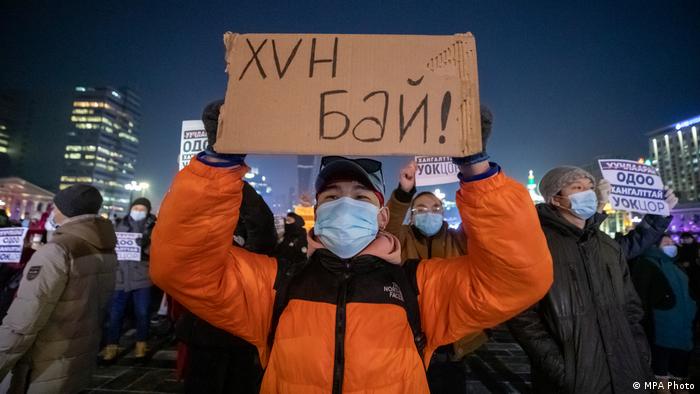 'Be human!' – Poster in Ulaanbaatar's Sukhbaatar Square, protesting the state's treatment of those who've contracted the coronavirus

How would you describe the Mongolian Crisis Communication Chapter (CCC) and how does it work?

We invited all those involved in the state crisis management, including the Ministry of Health, the National Center for Infectious Diseases and the National Crisis Staff. Our project has been working together with state actors, journalists and civil society on a pilot project with a community in a yurt district of the capital, Ulaanbaatar. Together with DW Akademie, it developed a journalism training program covering issues like fact-checking and storytelling for different channels. Another focus has been on how professional PR can support media professionals (and vice versa).

How does the CCC reach people?

It uses all media and dissemination channels available. Social platforms – such as Facebook Live events – are good for openly addressing virus-related questions right on the spot. The CCC has also developed flyers, information posters, and questionnaires, and our members on the ground also provide journalists and government officials with important information. This type of "two-way" communication is different from the way the government and the media usually work, where they can only look at a problem from the outside. Still, one thing is clear: this project can only succeed if people consider it to be useful. And that's what we're focusing on.

Where will the project go from here?

The national crisis management team seems interested in integrating a CCC structure in the state crisis management system. This would be a huge success because in future crises, decision-makers and experts would have a concept guaranteeing that crisis communication is not about competing for truths or interests, but is geared entirely towards the needs of the public.

This project is part of the global initiative "Transparency and media freedom – Crisis resilience in the pandemic" of DW Akademie and is supported by the Federal Ministry for Economic Cooperation and Development.