UA:Pershyi has shown an overall progress in producing content since 2017 according to a new Media Monitoring commissioned by DW Akademie and BBC Media Action. 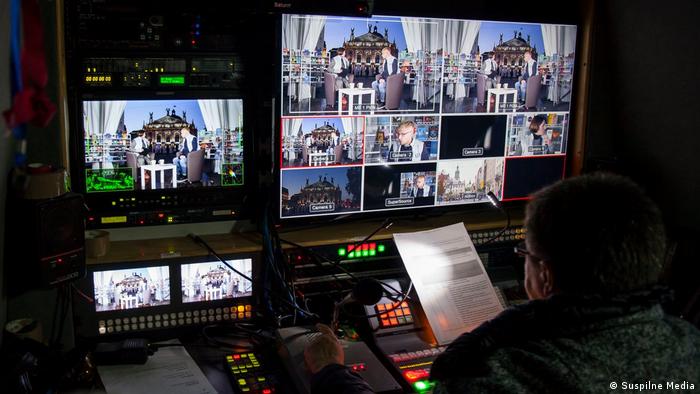 The National Public Broadcaster of Ukraine UA:Pershyi has demonstrated an overall improvement in producing quality and independent content since 2017. This is the conclusion of a new Media Monitoring report commissioned by DW Akademie and BBC Media Action analysing a total of 169 newscasts, 24 social-political programmes and the overall programme grid in 2017 and 2019 according to the following five sets of criteria: credibility, product quality, diversity, independence, and the use of modern technologies. The monitoring report provides evidence of the first results of the Newsroom reform process of the Ukrainian public broadcaster. As part of this process, the plan is to launch a fully equipped multimedia Newsroom in the centre of Kyiv.

The monitoring is part of the project “Support to the National Public Broadcaster of Ukraine” (2017-2020) funded by the European Union (EU) and the German Federal Foreign Office. Experts from the leading non-governmental Ukrainian media watchdog Detektor Media compared the news content and programming of UA:Pershyi over two-week periods in September 2017 and in November/December 2019. The objective of the study was to evaluate how UA:Pershyi fulfilled the benchmarks of a modern public service media, to highlight the progress achieved and to identify further capacity-building needs. 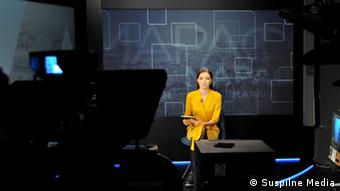 Shooting the TV show at UA:PBC

In particular, the 2019 indicators generally show absolute progress in the vast majority of credibility factors, such as information accuracy, impartiality and balance of opinions, completeness of the facts, comprehensibility of content, completeness of the information picture of the day as well as reliability of information, separating facts from opinions and relevance of the topic to a wide audience. The only indicators that have slightly deteriorated since 2017 are relevance of the topic to a wide audience and promptness of information standard. The latter was more likely due to the increase in the number of daily news bulletins and this increase may have made the updating of the information from one newscast to another more difficult because of resourcing issues.

In terms of product quality, picture quality was already quite high in 2017, and further improved by 2019. At the same time the quality of video editing though remained mostly satisfactory. Social-political programmes, however, demonstrate a high level of compliance with the standards within the set of criteria in both periods. There are still issues with the quality of the news in terms of matching of the journalistic voice-over to the picture. Two other standards, material is edited with fully-fledged editing phrases and materials uses the natural sounds well showed progress to “sufficient” in the general news, however, deteriorated in the sports news. 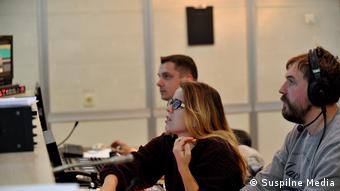 Behind the scenes: editorial team

In both 2017 and 2019 UA:Pershiy covered a wide range of topics, so that the diversity of content  was maintained, besides, the monitoring did not record any serious restrictions on any subject, nor an artificial predominance of particular topics. Regarding the specific content for diverse target audiences, in 2019, there was more content aimed at different genders, people with disabilities, and various age categories. There was also no lack of information on ethnic minorities, as well as religious topics, although no separate programme on religion was produced. However, programmes in languages other than Ukrainian were not offered in both periods. Furthermore, the topic of different gender groups did not gain enough attention on UA:Pershyi channel neither in 2017 nor in 2019.

The indicators for independence of the public broadcaster's product remained at the same high level in 2019 compared to 2017, so there is no sign of external influence on the programming policies. The use of modern technologies,such as drones, virtual reality, mobile journalism, is still underdeveloped by the public broadcaster's editorial teams. Moreover, the utilisation of infographics is irregular and rather simplistic, and it takes place mostly in social-political programmes. On the positive side, the digital platforms of UA:Pershyi have been developed more actively in 2019 compared to 2017.

In terms of overall programming, the programme grid of the UA:Pershyi clearly improved in many ways in 2019 in comparison to 2017. In particular, greater number of new programmes and large-scale TV projects covered acute social topics. Creative investigative journalism formats emerged, alongside with fresh humorous and satirical programmes. The transition between programme blocks became seamless and the production of own content increased as well.