Civil society and NGOs can work effectively to stop mis- and disinformation with expertise and facts. One advantage is they often already have ties with the public, which can help to quickly counter misinformation. 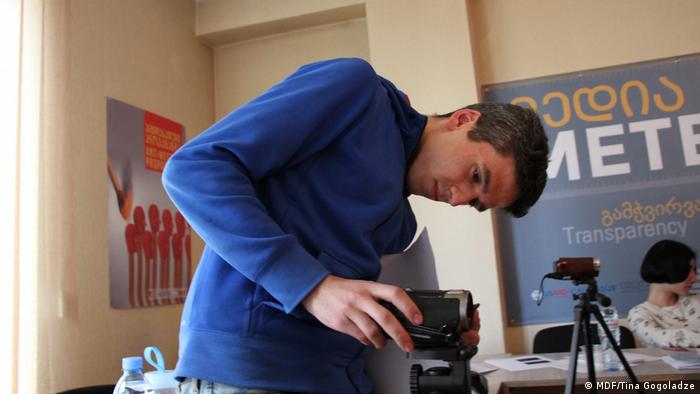 What is a civil society approach?

As part of a civil society approach, NGOs – instead of journalists, individual experts or organizations – take on leading fact-checking roles and engage in community outreach. In most cases, the field of specialization of the NGO or civil society group becomes the thematic orientation for their fact-checking activities. While often conducted in collaboration with media outlets, most civil society fact-checking is propagated independently via social media.

What kinds of misinformation does this approach most effectively address?

In cases where expert knowledge is needed, civil society actors can often most effectively connect specialists with the general public. Their fact-checking can cover a wide range of situations from medical misinformation to malicious political malinformation campaigns about a specific group of people.

What are the advantages of this approach?

The major advantage of a civil society approach is that it does not require journalists to do redundant in-depth research that has already been conducted by experts or interested parties. Most civil society organizations already have members or constituencies with existing relationships in the community, so this social capital can be quickly deployed to counter widespread and viral misinformation. Since this is often conducted on social media and involves distributing knowledge already being generated, it can be highly cost effective. Further, since it requires little overhead and advanced preparation, it is an accessible option in regions with weak infrastructure.

What are some of the challenges for this approach?

For civil society organizations representing marginalized communities or for NGOs with limited resources, it may be difficult to amplify their messages and to get the word out beyond existing community audiences. Civil society groups targeting viral messaging have to move very quickly to counter mis- and disinformation before it becomes viral and may not have the resources to oppose sustained campaigns by malicious state actors. Civil society groups are also at risk of amplifying obscure voices that would have stayed marginalized without the promotion of being prominently debunked. Finally, this approach’s emphasis on volunteer labor means the long-term prospects of any given project can be limited.

How does it compare to other approaches?

Civil society groups that target specific issues are more effective on topics requiring expert or specialized knowledge and skills. Unlike the investigative journalist approach, this fact-checking approach is not implemented by trained journalists, although it may involve some investigative work. Given that this approach is usually issue-based, it may at times intersect with event-based approaches when specific topics become central to elections or referenda.

What are some examples of best practice?