Changing the narrative: Latin American women use constructive journalism to shape their stories

The collaborative "Cambia la Historia" project brings together female journalists to address the visibility of structural violence against women through constructive journalism. Meet the participants! 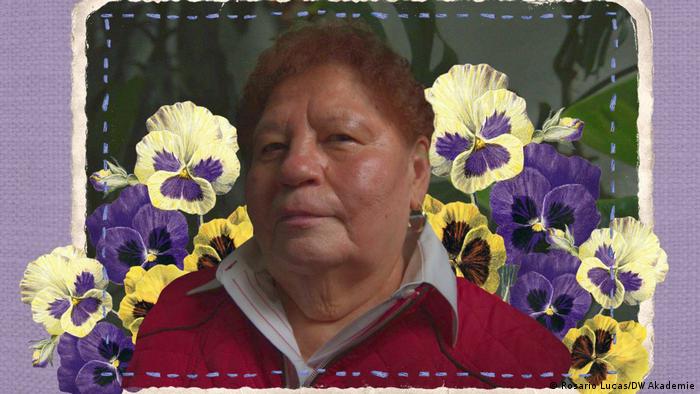 One in four girls in Mexico suffer sexual violence before the age of 18. One in five Mexican women between the ages of 15 and 17 drop out of school because they are pregnant. 32% of Guatemalan women cannot read or write. The violence suffered by women in Mexico and Central America has many faces. The most visible violence, such as femicides, are only the tip of the iceberg.

This violence is often normalized as if it were the result of fate or bad luck, glossing over or even ignoring the gendered nature of the crime. Once normalized, violence ends up being validated and reproduced in settings as varied as homes, schools and health centers.

Narrating this violence in a way that analyzes and portrays the causes while outlining possible solutions remains a challenge rarely taken up by the mainstream media. A constructive journalistic approach that inspires and illuminates ways forward, while avoiding getting mired in despair, is the essence of the project "Cambia la Historia". To change history, the stories must change as well.

Portraits of life and resilience

The project brought together reporters from nine local media outlets in Mexico, Guatemala and El Salvador, who were trained and supported during their research. The reporters collaboratively developed and published stories of female experiences on topics as diverse as advanced age, mental health, prison life, disability, abortion rights, obstetric violence and forced sterilization policies.

Among the texts that can be found on the project's website (in Spanish) is "How the years have passed" (in English), written by Daniela Rea and with photos by María Ruiz.

For the article, journalists from Pie de Página, a member of the media alliance Periodistas de a Pie, a DW Akademie partner, investigated how the lack of a public care system leaves seven million senior women in a situation of potential vulnerability in Mexico. These women have dedicated decades to raising children and doing care work yet they are paradoxically left without any support at the end of their lives.

This story, which exposes the structural violence perpetrated by family members, society and the government, also tells the story of a group of women who have managed to weave and maintain a support network for more than 20 years. Thanks to this network, they have learned to defend, love and care for themselves.

#CambiaLaHistoria is a multimedia journalism project that compiles the work of journalists from nine local media in Mexico, El Salvador and Guatemala to highlight the structural violence against women in the region under a constructive approach. #CambiaLaHistoria was developed by DW Akademie and promoted by the Federal Foreign Office.

The power of swarm intelligence: How Jiyu, Yeny and Olivia are inspiring other women

An open-source software enables women in the Global South to stand up for equality and participation.

Strong local media can make communities in Africa and Latin America more resilient. But can local media continue working during the pandemic? They can, using the new software "Colmena" – a digital "beehive".