Can there be dialogue in Iraq's disputed territories?

In conflict-prone parts of the world, media are often not perceived as independent. How can editorial teams stay unbiased—and safe—in a region as religiously, ethnically, and politically diverse as Northern Iraq? 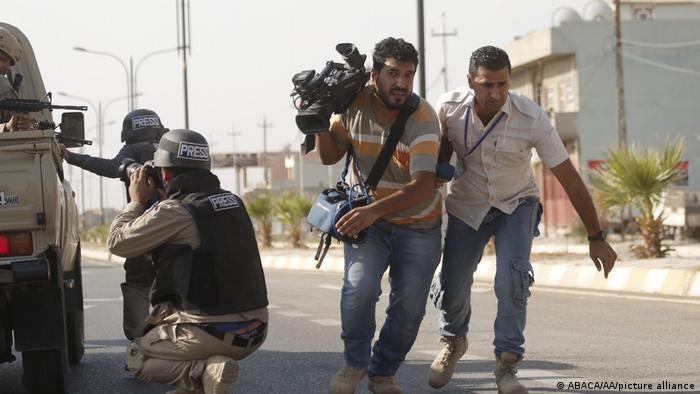 #mediadev spoke to Salam Omer, editor-in-chief of KirkukNow, a news outlet based in Kirkuk. Launched in 2011, it is the only specialised media platform for citizens in Iraq's disputed territories.

#mediadev: Mr. Omer, your media outlet works in a multi-ethnic, multi-religious context. Who is your audience?

Salam Omer: We cover the disputed territories of Northern Iraq, located north of a line dividing the whole country from Syria to Iran. Our primary audience is the population of these areas: Kurds, Arabs, Turkmen, Sunni Arabs, Shia Arabs, Christians, Yezidis etc.

In addition to news in these areas, what do you focus on in your reporting?

Our priorities are topics across the country related to freedom of expression, press freedom and groups like women, internally displaced people (IDPs), or the LGBT community. We reach around two million people across all platforms.

What are the main challenges in your work?

I have to look at three things on a daily basis: Are we secure? Do we have enough money? Do we have access to information? And all that depends on the ruling party, the ruling militia. That's the biggest challenge for us. Other media organizations, the mainstream media, belong to a political party. They have access to information, access to public oil money and they are safe. We don't have anything. We believe in the rule of law, that's the starting point for us.

You must face a lot of criticism for your work. How do you deal with it?

It is a challenge. At the beginning, we were attacked by almost all sides. For example, we published an article on the Kurds, and the next day, people suggested that we were financed by Arabs and Turkmens. The week after, someone else got upset. We built relationships with everyone to always have a channel of dialogue. We needed a lot of time to prove that an independent, impartial media platform can function. That needs work. And dedication. 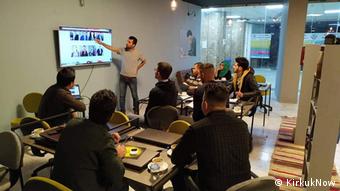 How did you build your team?

If you want to represent everyone, you need an inclusive team – we knew that from the beginning. Building the team is very important for us and we received a lot of support from international media organizations. Among us, you can find Christians, Turkmens, Yezidis – it's easier for them to go into certain areas because they have good contacts. We have freelancers all over.

How do you keep your team safe?

We face many challenges that are out of our control, like the advance of ISIS into our areas of coverage or sectarian violence. We need our team to move around so we make sure they have all required legal permissions from all conflicting sites with them. During the pandemic, they needed five different papers!

Is it more difficult for female journalists to move around?

It's totally different. We need to do a lot more if we have female journalists out [on assignment]. The environment is not healthy, not friendly. The areas we work in are very hostile – for all human beings, especially for women. For example, in one town there are around eight different security forces. You don't know how different groups think about journalism or women. The problem is: When you are in conflict areas, you don't know who you can talk to if there is a problem or something you have to address. That's very challenging.

How do you make sure you remain impartial in your reporting?

First of all, by acknowledging the basics of international journalism. We have a code of ethics and a gender policy in place. We cannot have one story with one source. We have to check and double-check both sources. If sources are anonymous, we have to bring in more. We narrate the full story, we don't manipulate the direction of the story. In terms of gender, if you have four sources for a story, at least one of them should be a woman. Also, with regard to the administrative level: We have three main positions in our media outlet; at least one of them should be occupied by a woman.

What are your core values?

We publicly say that in certain cases we are biased. For example, we believe that in modern journalism, empowerment is very important. And empowerment comes with giving space to certain marginalized groups in society such as IDPs, refugees, women, victims of war or victims of sexual harassment. If you follow our platform, you know that we give more space to women, to IDPs, to Yezidis, to Christians. We have a very clear policy in this regard.

Also, we are not ashamed to say it if we have made a mistake. And we apologize. 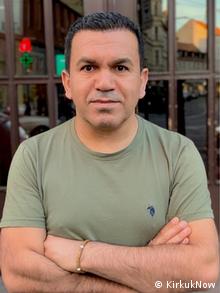 There is a lot of stereotyping in our local languages. We have to be very careful when we come into the newsroom. For instance, if an ISIS emir is arrested, there is no need to say "an Arab emir, a Turkish emir" – just leaving this out gives us a lot of space to maneuver. Another example: "martyr". It is a very religious term. Instead, we usually use "kill". Language is very important for us. Certain groups use certain terminologies. We want to overcome that.

Do you publish opinion pieces?

Expressing opinions would be adding fuel to the fire. At the beginning, we had opinion pieces. But you can hardly find an opinion writer in Iraq who writes on those disputed territories and is not biased. We received articles of 10 pages, all full of stereotyping, fabrications, and one-sided arguments. We believe that media can be used as a tool for building dialogue and social conversation. These articles would hurt the project and hurt people. So we decided to stop opinion pieces.

You mentioned media as a tool to foster dialogue – how do you achieve that?

We publish in four different languages: Arabic, Kurdish, Turkmen and English. We also use Facebook, Twitter and Instagram. The Arabic section is the most popular one because all the other groups can understand Arabic so they usually go there to engage with each other. We get feedback from community leaders as well, from governors, universities and so on. We talk to them about our experience. We are not a big media organization, but we set an example.

How has your organization evolved over the last years?

The biggest challenge is the rapidly changing political environment. In 2011, we planned for 3-4 years and then ISIS came. We were out. No business, no electricity, no advertising, nothing. But we came out stronger because we have learned a lot. We have become media partners with other organizations, we now provide consultancy and do trainings.

How do you measure the impact of your stories?

After a certain time, for example each quarter, we delegate freelancers to follow up on stories. For example, during the pandemic, we reported on an area of 5000 people with one physician. The health center was open from 10am – 2pm. If you got sick after that, you had to drive for three hours. After six months, we went back. We asked government authorities, we did follow-ups. And these follow-ups become impact stories for us.

Can you tell us about some other successes?

There are many success stories. For example, we followed a woman who had been an IDP. She worked in a camp, she became the camp manager, then the district manager. One of the people we followed is a minister now! For us, it is very important to tell these stories. Also, by debunking and correcting a lot of false information, we help foster solidarity among people.

The director of one local radio station told me: "Before you reported on minorities, even for us it was very strange." No one wanted to do anything on minorities. Now, outlets have weekly programs on Yezidis, Christians – and it has become something you have to do. They are part of society. KirkukNow's archive is very objective, it includes everyone. We are very proud of that.