Young Cambodians are avid users of media, especially social media. But many don’t understand how it works or what the risks can be. A rural youth project on media literacy teaches youth how to be smart while online. 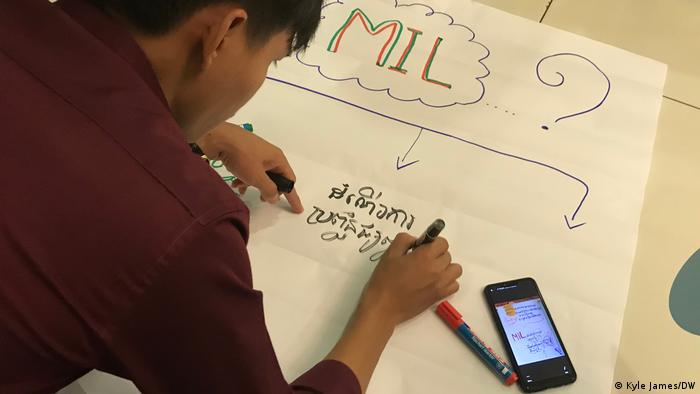 Like the vast majority of young people in Cambodia, 18-year-old Rith Monorea spends a lot of time on Facebook. The social media platform has become the primary source of news, information and entertainment for young Cambodians. It’s where they socialize and keep up with events and what their friends are doing. But unlike a lot of other students at her high school in Cambodia’s rural Battambang province, Rith Monorea feels she knows how to successfully navigate the potential pitfalls of the platform. And she can even use it to spur positive change. 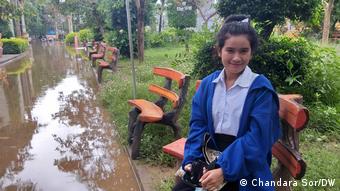 Rith Monorea, 18, is helping to educate others in her community

“I’d been on Facebook for two years and I didn’t know how to use it for my community’s benefit at all,” she said. But now, she’s able to take good photos and videos and even write short posts about the challenges she sees in her community, as well as bring problems and possible solutions to the attention of others.

Rith Monorea gained those skills through a project aimed at spreading knowledge about media and information literacy (MIL) in the rural provinces of Battambang and Kampong Thom. The project, supported by DW Akademie, was carried out in cooperation with the Women’s Media Centre of Cambodia (WMC), a non-profit, independent media organization run by women. The project’s aim is to teach young people in these rural regions the basics of MIL — in other words, what media is, how it works, and how to use it in a safe and responsible way. In addition, the participating rural youth learned the basics of newswriting and media production. This enabled them to write articles, take pictures and shoot video that were then published on the WMC website and on its popular Facebook page. Rith Monorea has already had one article published online and another is waiting in the wings. 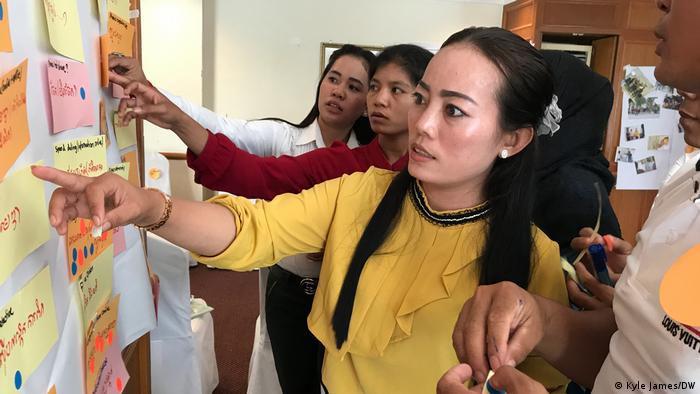 In June 2020, there were an estimated 10.8 million Facebook users in Cambodia, or 64% of the population. Most of those users are under 30. Liking, commenting on, and sharing posts has become completely second nature to most of them. However, they are less familiar with the risks and potential downsides of the social media platform.

Many do not understand that everything they see in their news feed is not necessarily true. They’re not aware that sharing disinformation or personal information can have negative consequences for themselves and others, as well as for their communities and the country as a whole.

“Learning about MIL is useful. We now know how to manage our Facebook accounts and to avoid doing things that would harm others,” said Roeub Srey Meth, 19, who also took part in the rural youth training workshops. “We learn how to be responsible online.”

The MIL project for rural youth kicked off in 2018. DW Akademie trainers first taught WMC staff about interactive training techniques and jointly explored a variety of MIL topics. In addition, strategies were developed to discuss what is safe to post on social media given the growing tensions around freedom of expression in recent months. Cambodian authorities are increasingly reprimanding and sometimes detaining citizens for sharing or posting things on social media which allegedly could cause “incitement.” Media professionals have also reported on growing limitations on the independent press in Cambodia.

WMC staff and DW Akademie experts developed a MIL training curriculum with the target group in mind. It included participatory training techniques — such as games, group work, and media production — that would keep youth engaged and enthusiastic during workshops. With the curriculum in hand, the WMC trainers went out to the provinces of Kampong Thom and Battambang and trained youth who were interested in learning about MIL. These newly minted “MIL youth leaders” in turn shared their new knowledge with rural youth from their own communities. 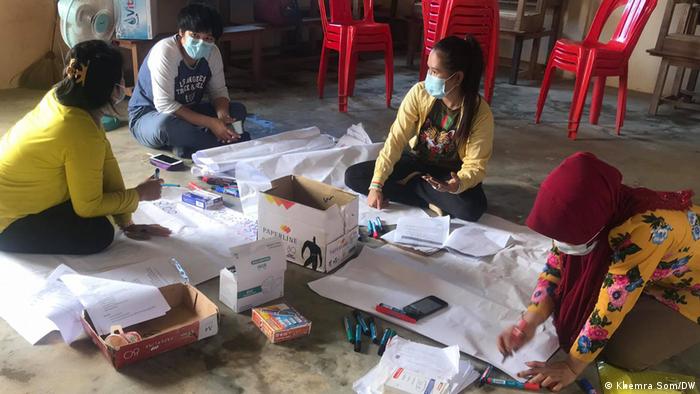 Students now use masks and other protective measures during workshops

Chhon Dany is one of the MIL youth leaders. The 28-year-old from Battambang says she wanted to participate in the project because most of the young people there don’t know much about media — traditional or social. Many don’t understand what it means to verify information before sharing it in order to stem the flow of false information online. She cites the example of a post that went viral on Facebook this year claiming to show severe flooding in Battambang. But the picture in the post had actually been taken back in 2003. Another problem is putting in place safeguards to keep online accounts secure.

“Most Facebook users here don’t know how to create their own account,” she added. “Other people create the accounts for them and most use their telephone number as a password. So better MIL knowledge is important.”

Over the project’s run, 30 youth leaders were trained in MIL. These multipliers, in turn, trained another 90 youth. Many of the youth involved in the project have used their new knowledge and skills to produce articles, photos and videos for WMC’s online channels — more than 160 so far. Topics have included a local trash collection drive, a campaign to fight dengue fever and the sanitation challenges faced by remote villages.

“These young people are able to show what they’ve learned and they love seeing their names next to their stories on our website,” said Kim Sithy, one of the WMC trainers who has been working with the MIL project from the beginning. Besides boosting the pride of the authors, the stories have informed the broader Cambodian public about events in these two rural areas that would likely not be covered by most national media outlets.

The project wraps up at the end of this year and Kim Sithy is already getting a little nostalgic about it. “I’ve had a good experience training the youth leaders and they’ve been very happy to be trainers as well,” she said. “They’re going to miss us.”

Author: Kyle James is a Project Manager at DW Akademie.