Burundi's newly elected president is taking over a divided country from former strongman Pierre Nkurunziza. Can Evariste Ndayishimiye succeed where his predecessor failed? 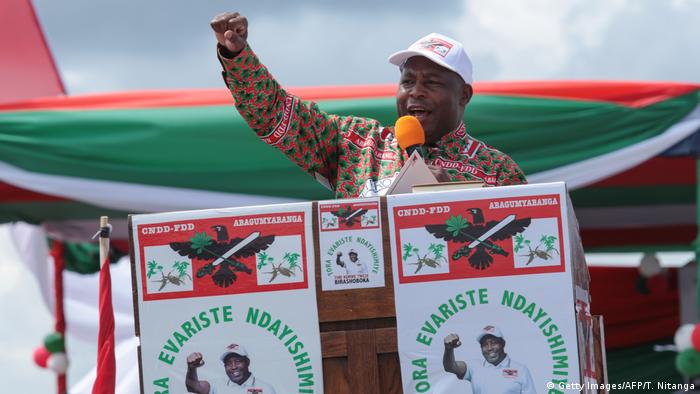 Evariste Ndayishimiye — Burundi's ruling party presidential candidate — has been declared the winner of the country's bitterly disputed election, with 68.72% of the vote.

"We will swallow our dark past which does not deserve to be our prison," Evariste Ndayishimiye said at a presidential campaign rally outside the capital, Bujumbura, during the election campaign. He assured his supporters that he would do everything possible to address the causes of conflict that have engulfed this central African nation.

A former army general, Ndayishimiye has been secretary of the ruling CNDD-FDD party since 2016. Before becoming president, he was head of the Military Affairs Department under former President Pierre Nkurunziza. Ndayishimiye also served as interior minister from 2006 to 2007.

Popularly known by his nickname "Neva," Ndayishimiye spent much of his career in the military before joining politics. He was a young student at the University of Burundi when the civil war started in 1993, and barely managed to escape when a Tutsi militia group attacked the law campus and killed dozens of students. The civil war, which lasted 13 years, took the lives of 300,000 people.

As the war raged on, Ndayishimiye, who had joined the Hutu militia, gradually rose through the ranks of the CNDD-FDD. The party later rewarded him in 2003 by appointing him the main negotiator in cease-fire talks that ended the conflict in 2006.

A man of two faces

"He's a rather open-minded man, easy at first, who likes to joke and laugh with his friends," said one friend of Ndayishimiye, though others have also noted that he can be fiery and quick to temper. One diplomat said the incoming president had displayed openness and honesty unlike other generals, but that he faces a difficult battle once he assumes power.

"He is viewed as somewhat moderate, someone who does not engage in identity politics," Benjamin Chemouni, a political analyst, told DW. "He has privately expressed his frustrations regarding bad governance in Burundi and he is considered less corrupt than other generals."

Unlike Nkurunziza, who many observers view as cold-blooded, Ndayishimiye has not been linked with the recent abuses carried out by the CNDD-FDD on its perceived critics. However, he did not intervene to quell the violence that gripped Burundi following the 2015 controversial election.

Nkurunziza's third term in the 2015 election was seen by many as unconstitutional. His bid and eventual victory sparked political unrest that left more than 1,000 people dead. Nearly 300,000 were forced to flee to neighboring countries. According to the Burundi Human Rights Initiative, Ndayishimiye was picked as the ruling party's candidate to appease both Nkurunziza and powerful generals, who some believe actually control the government.

Nkurunziza had wanted Pascal Nyabenda, president of the national assembly, to succeed him, the rights watchdog said. "His [Ndayishimiye] main challenge would be how to navigate the different interests and the different competition for power and money within the party," said Chemouni.

"We must not forget that he is part of the generals who came to power because they took part in the civil war, so he will have to accommodate those generals." Chemouni thinks it will be difficult for Ndayishimiye to implement his policies, especially if they go against the vested interests of the generals. 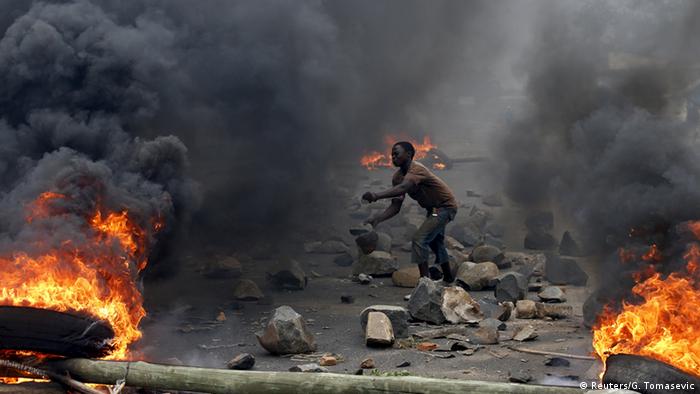 Burundi is still haunted by the 2015 election violence, which left more than 1,000 people dead

"Since 2015, we have seen how Burundi has been struggling economically," Moses Havyarimana, a Burundi-journalist based, told DW. "This could be one of the main challenges facing the new government." 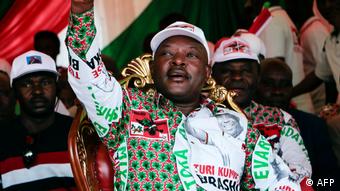 Analysts believe Nkurunziza will still have much influence after leaving office

Burundi has been struggling with high levels of unemployment and poverty. Many international donors suspended aid to Burundi after the 2015 election, leading to a scarcity of foreign currency.

"Both the incoming president and the opposition candidate Agathon Rwasa fought in the bush [civil war — Editor's note], and now they say they are trying to fight for democracy, but it remains to be seen whether they will implement these things," said Havyarimana.

According to Burundian expert Chemouni, Ndayishimiye might be ready to open up the political space, but he would be confronted with people from within his own party who might prevent him from engaging in a wider democratic process.

The 52-year-old will now have to walk a tightrope as his loyalty between Nkurunziza and the generals comes into question. "Getting out of Nkurunziza's shadow will be tricky," said Chemouni. "It seems that Nkurunziza wants to keep some influence on running the state affairs."

The outgoing leader, who is scheduled to step down in August, has been given a new political role known as the supreme leader of patriotism.

DW sends out a daily selection of the day's news and features. Sign up here.