Bridging the gap: Sharing scientific know-how and indigenous knowledge to counter the pandemic

Modern medicine and traditional knowledge are often seen as adversaries. In Latin America they've come together on a science communication platform to help fight COVID-19. 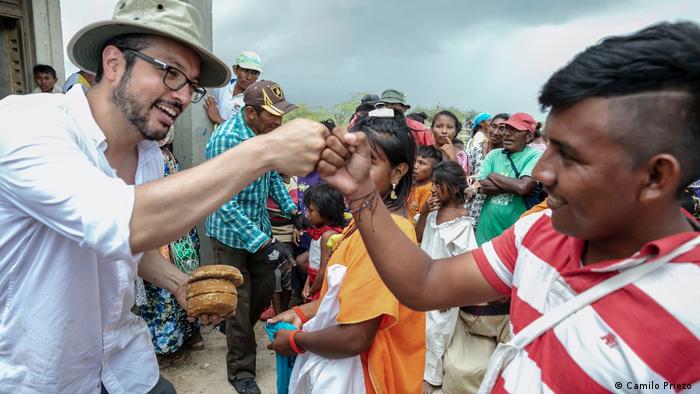 Foam was everywhere and children were having fun as they jumped around in the bubbles. Camilo Prieto, a doctor in the Colombian village of Pubenza, was watching them from a window in his clinic and knew that the foam hadn't come from an overflowing bathtub. It was from the Bogotà River, heavily polluted by industrial and chemical waste. The white foam reeked of rot and was the by-product of chemicals from the nearby waterway.

This experience has shaped Prieto's career. "I realized if I wanted to stop the kids from playing in that contaminated foam and for them to be healthy, I'd have to get out of my clinic and offer medical advice that was based on more than just conventional medicine," he said. 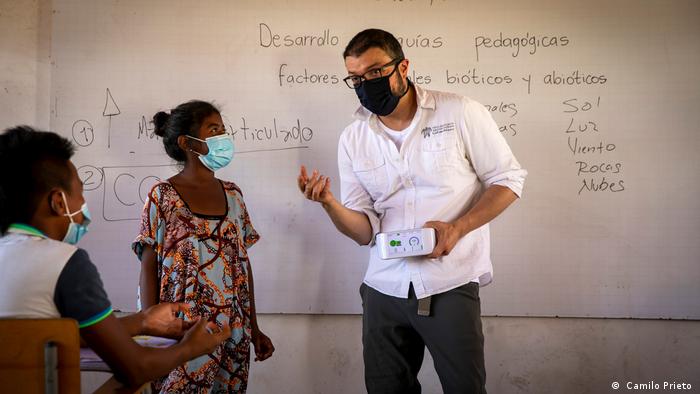 Educating people, breaking down knowledge barriers, helping others – 20 years later, Prieto is one of the experts on the online educational platform "Vientos Alisios," the Spanish term for trade winds. A goal of this DW Akademie project, funded by the German Federal Ministry for Economic Cooperation and Development (BMZ), is to bring a fresh approach to science communication.

The project sensitizes journalists to cross-cultural communication and trains local community reporters in fact-checking and covering health topics. Vientos Alisios, together with local organizations in Colombia, Peru and Ecuador, is also promoting dialogue between modern science and traditional, indigenous knowledge.

"People are more susceptible to disinformation when communication between science and the general population is lacking," Pietro pointed out. Good communication about health issues is vital for those living in the Amazon basin, especially during the pandemic. 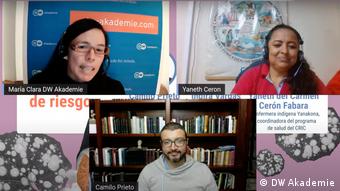 Vientos Alisios is an online platform supporting knowledge and science communication in the pandemic.

Yaneth Cerón is a nurse and a member of the indigenous Yanacona community in southwestern Colombia. She is the coordinator of the Regional Indigenous Council of Cauca (CRIC) and is familiar with life in the communities. Cerón is also one of the experts on Vientos Alisios.

Much of her work centers on listening to the concerns, needs and questions raised by people during the pandemic. She incorporates insights and findings into her information work. 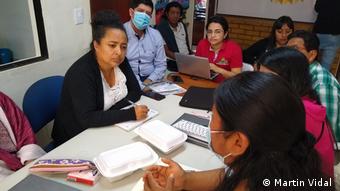 Talking and listening to each other is important in indigenous communities, said Yaneth Cerón, a nurse

"Communication is a key to the whole process – you won't get far without it," she said. She is also convinced that sharing knowledge between communities strengthens their overall health.

It can be challenging to spread reliable, uncomplicated information in the Amazon basin given the cultural differences, numerous indigenous languages and gaps in the communications network. Vientos Alisios has therefore developed a guideline with tips for cross-cultural communication on health issues. "We prefer, for example, to use a simple language spoken by the people themselves, with respect for the people in each community," Cerón said.

Respect is important for Prieto, as well. "This is about focusing on constructive communication where one doesn't ridicule others for their convictions but instead listens to them and allows them to form their own informed opinions," the physician said. 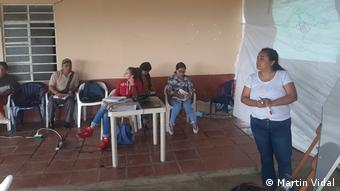 Conveying the link between modern science and traditional medicine is what counts, said Yaneth Cerón

Closer than you think

When developing medications used in modern medicine – such as malaria treatment – science has often drawn on traditional knowledge. Still, the two communities are often seen to be worlds apart.

"Vientos Alisios is about changing how knowledge is constructed, about recognizing that ancestral knowledge is valuable, and that communities did not acquire it through scientific methods," said Prieto. "We'll succeed if we can combine all the knowledge that exists," Cerón added.

The challenges facing science communication have become clearer since the pandemic. Bringing journalism and science to the same table, taking cross-cultural contexts into account, and promoting the dialogue between traditional knowledge and modern medicine are at the core of the Vientos Alisios project, strengthened by the power of the trade winds behind it.