La Verdad de Juárez reports on human rights violations in Mexico. Journalists recently uncovered the origin of coronavirus infections in a car components plant – and not disclosed by authorities. 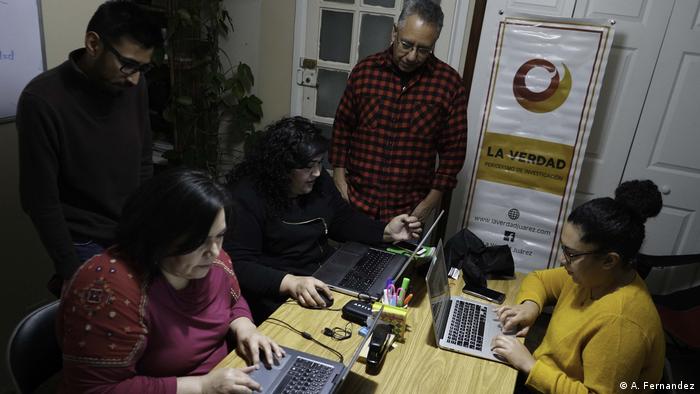 In early April, journalists Gabriela Minjáres and Rocío Gallegos noted posts on various open Facebook groups that focused on infections in a car components factory in Ciudad Juárez, a city in northern Mexico.

The two journalists are also founders of the independent local online news site La Verdad de Juárez and decided to check the rumors. There had to date been no official information from the authorities.

However, on April 11, Lear Corporation – a multinational car seat and electrical components company with plants in Ciudad Juárez – issued a statement saying it regretted that some of its employees had contracted the coronavirus despite the company having taken protective measures. The following day, local health authorities confirmed that 13 Lear employees in Ciudad Juárez had succumbed to COVID-19. 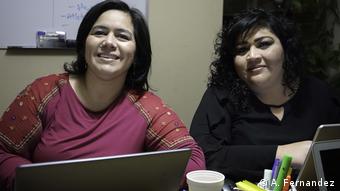 The authorities and company declined to provide further details, so it remained unclear as to how many other employees had also fallen ill. "The communication was full of disparities and the authorities argued they were protecting the patients' personal rights," Minjáres recalled, "but it was in the public's interest to know why so many had died in just one location."

Minjáres and her colleagues know silence like this. La Verdad de Juárez is part of "Periodistas de a Pie", a network of young and independent local media supported by DW Akademie.

The network focuses on issues that other media have given up. Reporters Without Borders rates Mexico as one of the most dangerous countries for media workers and where tight restrictions on press freedom prevail. Journalists reporting on critical topics are constantly exposed to dangers.

In this case, the La Verdad de Juárez's journalists were facing a powerful industry. An essential component of the North American trade agreement ensures low production costs for the US market thanks to low Mexican wages and a lack of workers' rights. In Ciudad Juárez alone, some 65% of the reported employees in the formal sector work in this industry.

In the current Corona crisis, these production plants pose a particular risk to employees. "We wanted the public and the workers themselves to understand what had happened at the plant, and many employees and their families were afraid and stigmatized," said Minjáres. "There had also been a lot of misinformation circulating about how the virus had spread," she added.

She and her colleague Ramírez decided to take a closer look to counter the speculations.

They visited company employees and their family members, well aware that investigating the industry could be risky. Media professionals conducting critical research in Mexico often face threats and intimidation. There is also a general distrust of the media, and general workers are often afraid of losing their jobs or being threatened if they turn against major corporations.

From Europe to Ciudad Juárez

The interviews confirmed suspicions that the virus had come from Europe where Lear has numerous plants and a total of 39 facilities worldwide. Interviewees reported that a European group had visited the plant during the week of March 9 and that no precautionary measures had been taken. That same week, the World Health Organization officially declared the coronavirus a pandemic. A week later, a number of employees developed symptoms such as fatigue, coughs, aching limbs and fever. Many went to the company nurse who determined that they had an allergy or a cold, and offered painkillers so that they could return to work.

Contrary to official information provided by Lear, these employees said the company had taken inadequate safety measures or none at all. Although the company had begun to check the temperatures of some employees at the end of March, it had not done so for the entire workforce and had not conducted the checks from a safe distance. As for disinfectant, it was only available to managers and the administration staff.

Lear shut down its operations in early April after the Mexican government had ordered all non-essential activities to close, but it did not tell its staff that many employees were starting to show symptoms of the virus.

Lear Corporation not an isolated case 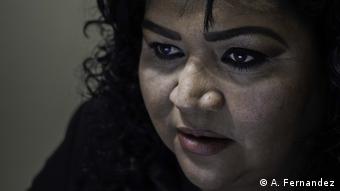 "We wanted the public and the workers themselves to understand what had happened in the plant," said Gabriela Minjáres

With 24,000 employees, Lear is one of the largest companies in Ciudad Juárez. It has since taken security measures and donated money to various Mexican health organizations. Other companies in the industry, however, also started reporting corona-related deaths. And while Lear had shut its plants in April, not all companies had complied and only closed down following workforce protests, media coverage and a warning from the authorities.

However, great pressure has come from the US because the production shutdown in Ciudad Juárez is disrupting the supply chain. In a tweet, the American ambassador to Mexico, Christopher Lindau, pressed for an opening of the production facilities. Nevertheless, Minjáres believes that the corona crisis also offers an opportunity: this is the first time that the industry's structures have come in the spotlight. "Perhaps the authorities will now take a closer look at the working conditions there. But more than more than anything," she said, "the workers themselves have for the first time realized that they do have rights and that they can demand them."

Minjáres and her colleagues from La Verdad de Juárez will continue to make sure that they are heard.

La Verdad de Juárez is one of 12 local, independent media affiliated with the network Periodistas de a Pie, since early 2020 the DW Akademie project partner in Mexico. Network members are independent, local media that report under extremely difficult conditions about ongoing crimes against human rights. With its support, DW Akademie aims to promote the relevance of the media and increase the reporting on human rights issues.