Access to Information and self-expression are key aspects of MIL. In Cambodia, the project Youth Voices Matter! focuses primarily on young people, with media produced by their counterparts. 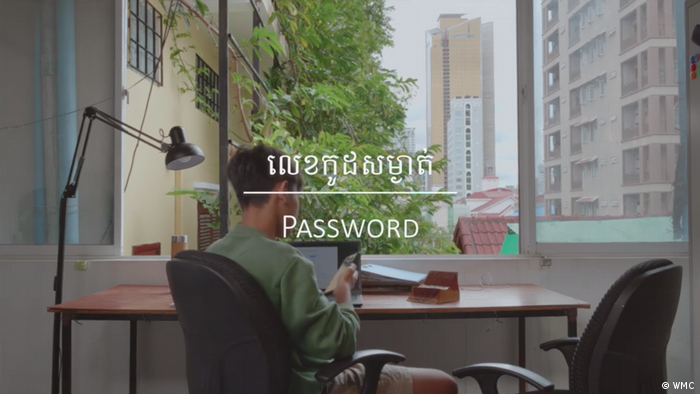 Getting a free phone in exchange for a bit of personal data? That’s an offer Vann’s father, Vutha, just doesn’t want to refuse. But at the last moment, Vann jumps in: “Dad, they're just trying to get your data so they can do all kinds of stuff with it. There's no such thing as a free phone!”

It's a scene in a fictitious, educational video. The son, Vann, is played by Vanheng Kim, a novice actor and protagonist in a successful series of videos currently circulating in Cambodia. They were created for “Youth Voices Matter! Supporting Independent Youth Media in Cambodia”, a project funded by the European Union. Through the videos, young Cambodians learn how to access quality information and use media to participate in public dialogue. Kimseng Suon, the video producer and director of Khmer Reports, a news and video production company, says that one key to reaching young Cambodians is to do so at eye level: the videos are produced by a crew of young film makers and involve young actors whom the audience can relate to, in situations that are both humorous and insightful. 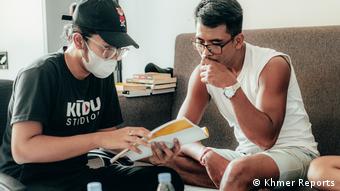 “We wanted to keep the videos as fun and light-hearted as possible and at the same time maintain educational aspects. Part of that was keeping the videos short and easy to consume,” Suon says. After all, competition is fierce. “We know that people's attention span is getting shorter given the abundance of quick, eye-catching content available online,” he points out.

Relating media and information literacy (MIL) to young Cambodians has become more important than ever. Widespread Internet access, mainly though mobile networks and devices, not only offers opportunities to users, but also possible pitfalls. Being able to separate reliable facts from false information is a vital skill, and not just in times of a pandemic.

The videos address this and other MIL-related issues, and do so successfully, says Daria Kuo. She is a student at Phnom Penh’s Paññasastra University and an alumni of its popular MIL101 club, an extracurricular activity class that examines various MIL issues.

“The videos look simple, are easy to understand and show teenagers how to be extremely careful before believing the news or information that they see on social media,” she says.

Dara Ea, her MIL 101 classmate from Puthisastra University, agrees: “These videos help to strengthen media and information literacy among the youth by raising their awareness about misinformation and disinformation, and by offering advice on how to fact-check sources.” 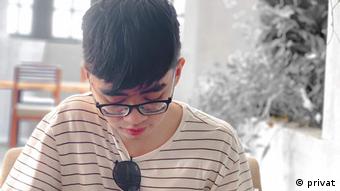 Like many young Cambodians, Dara Ea mostly accesses the Internet via a smartphone.

Before the pandemic hit, Cambodia had approximately nine Million Facebook users – almost half of the country's population – according to analysts at Geeks in Cambodia, a platform. That number has likely increased given social distancing and lockdowns. Instagram comes in second place and Tik Tok is quickly gaining popularity, too. As in many other countries worldwide, social media platforms are, particularly among younger people, often synonymous with the Internet as a whole. For some youth, it can be the only way they use the Internet.

The videos starring Vutha, Vann and his girlfriend are especially targeted at these groups and are hopefully striking a chord, says Khmer Reports director Suon. “Media and information literacy is an incredibly important topic that’s not being talked about enough. It’s crucial that we all practice using the Internet safely and protect our personal information,” he says. It's an issue close to his heart: “I've heard so many horror stories from friends who have faced many of these issues and I want to do whatever I can to prevent others from going through the same experience.“

The videos are produced in Khmer with English subtitles and are distributed through the Women’s Media Centre of Cambodia’s (WMC) Facebook channel. WMC is a project partner of Youth Voices Matter!, together with the Cambodian Center for Independent Media (CCIM) and DW Akademie. Also involved are the Khmer Youth Association (KYA) and the Youth Council of Cambodia (YCC).