An environmental platform for a cleaner future

Tunisian Fraj Louhichi is developing an app to bring the topic of environmental pollution into the media and at the same time protect whistleblowers. Fraj Louhichi swings his arms up theatrically and takes a deep breath before breaking out into a bitter, sarcastic laugh. Standing on the beach in his hometown of Sfax, it does smell but certainly not good. The stench that wafts across the beaches of Sfax comes from industrial fumes, untreated sewage, and—today—a decaying sea turtle. The ocean the now 37-year-old jumped into as a child is no longer safe for swimming.

“You come here to relax, to clear your head but in the end you're in an even worse mood than before,” said the computer scientist, looking bitterly at the sea. A cloudy broth of brown-green algae lines the water's edge.

The industrial and port city of Sfax is located about a three-hour drive south of the capital Tunis. With approximately 270,000 inhabitants, it is Tunisia's second largest city and an important commercial center. The city is inhabited by industrious businessmen that like to call themselves “the Germans of Tunisia.” But the factories that once contributed so much to the city's wealth are now responsible for one of its biggest problems: environmental pollution.

The wind blows dust from yellow phosphate, which is loaded onto ships in the harbor, over the whole city center, covering it like a veil of freshly washed laundry. Inhabitants breathe it in as it collects on windowpanes as well as the fresh fruit and vegetables sitting in merchant stalls. To the south of Sfax, meters-high piles of the low-level radioactive waste product phosphogypsum lie uncovered within sight of a nature reserve. Right beside it, effluent flows untreated into the sea. All this results in not only a biting smell that burns eyes and lungs, but also, as doctors claim, a disproportionate amount of respiratory disease and cancer. However, related data is not collected so there are no official statistics. 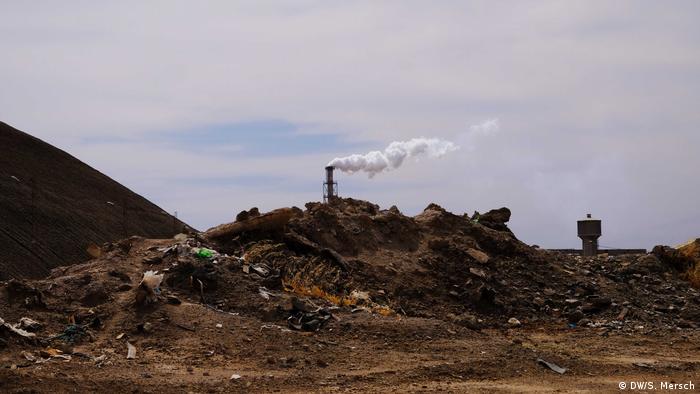 Once they contributed to the wealth of the city, today the factories are responsible for many problems

Louhichi grew tired of all this and wanted to do something to change it. In 2013 he founded a small radio station with some like-minded friends. Diwan FM is now a partner station of DW Akademie and the most important private station in the entire region. Louhichi, like many young media professionals in Tunisia, is a self-taught journalist. At Diwan FM, the trained computer scientist with a passion for history and traditions leads the station's web development. For Louhichi, who also likes to sit behind the microphone as a presenter, journalistic work was no longer enough to counter the legal and environmental transgressions. The idea of doing something for whistleblowers kept buzzing around in his head. Tunisia has recently passed a law that protects whistleblowers but after decades of dictatorship and oppression, many citizens are still afraid of reporting crimes and corruption.

Louhichi thinks back with nostalgia to the atmosphere that spread through Tunisia after the departure of long-time dictator Ben Ali in January 2011. It was during this time that he met a number of activists, including Sami, who now works as a journalist for Diwan FM. The two men heard about MEDIA LOVES TECH, a competition for Tunisian start-ups working in journalism, development, and design organized by DW Akademie and the Tunisian media NGO Al Khatt. On a whim, they decided to apply. The competition is open to innovative founders from the media scene. The winner receives start-up funding and advice to help them survive in the marketplace. Louhichi and Sami submitted their concept in 2018 for an "environmental reporting platform" called Rakib, which in English means “observer” or “watchdog.”

The platform allows users or whistleblowers to anonymously report environmental violations from uncollected rubbish on the street corner to fish deaths and oil leaks. The environmental wrongdoings reported on Rakib are first researched and when verified, passed on to participating media and the responsible city administrations.

“This gives the media quick access to verified information and the authorities can also react quickly,” explains Louhichi. Although such problems have been increasingly reported on social media since the political upheaval in 2011, many local media outlets and journalists do not have the resources to verify the claims.

“With Rakib we are assisting local correspondents on the one hand and fighting fake news on the other,” he added. At the same time, according to Louhichi, the data generated by the app is also a means of exerting pressure on the state.

“This would allow us to create transparency. If we don't have access to official figures, then we at least have the statistics from the app and can clearly determine where which problems are reported and how often,” he said. But will the state react to this information? Louhichi firmly believes it will.

“If we no longer believe in a better future, we should just stay at home,” he said.

Tunisia has a creative evolving start-up scene with a wide range of business ideas. MEDIA LOVES TECH has succeeded in focusing on start-ups that combine media and technology. The jury chose Rakib's team “because they provide an answer to the urgent needs of citizens and local journalists. We see in it the value the technology can deliver for high quality citizen journalism in Tunisia,” said Noomane Fehri, jury member and former Minister of Information Technology and Communications. 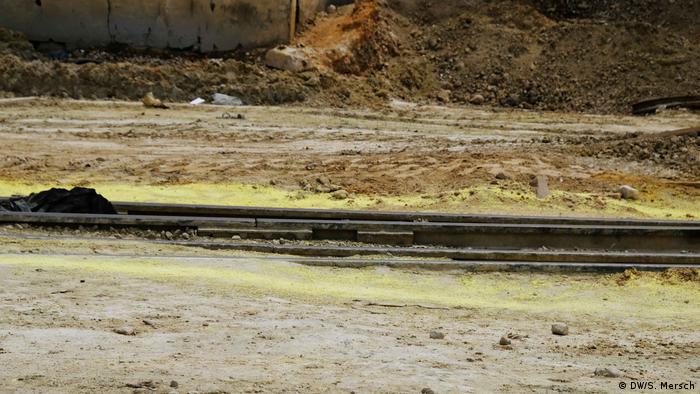 “In the beginning, the idea behind Rakib wasn't ripened at all,” said Louhichi in retrospect. Nevertheless, he and his team made it to the final round, were professionally coached and were able to sharpen their concept. Before the competition, Louhichi's three-man team just wanted to get started and didn't think of putting together a sophisticated business plan. Only after exchanging experiences with other participants and several expert consultations did it become clear how the project could continue in terms of content and economic viability.

Towards the end of the MEDIA LOVES TECH competition, one of the jury members asked Louhichi what he would do in the event that he did not win.

“We'll do it anyway, with or without money,” he answered.

His team won and received around 2,800 euros as start-up funding. But more importantly, Louhichi was able to develop a clearer strategy for the project. Like all prize winners at MEDIA LOVES TECH, the Rakib team was supported until it was able to bring their idea to market.

In December 2019 that time had come and the environmental reporting platform Rakib went online. So far it is available in Sfax and Gabes, two Tunisian industrial cities. In the future, the founders want to expand it to all of Tunisia. In addition to working on the further development of Rakib, Louhichi is now covering the environment on Diwan FM. Since November 2019, he has been hosting a one-hour radio program on the subject of pollution and protecting the environment. The environmental activist is convinced that by sensitizing the population and the media, this will force politicians to become active and to put a stop to environmental pollution. For him, there is no turning back. He will continue on his mission until he can breathe the fresh sea air again in his hometown of Sfax.
The author: Sarah Mersch is a freelance correspondent and trainer. She has been reporting from Tunisia since 2011, covering the political upheaval and the country's first democratic steps and related setbacks. She is the vice-chairwoman of Weltreporter.net. 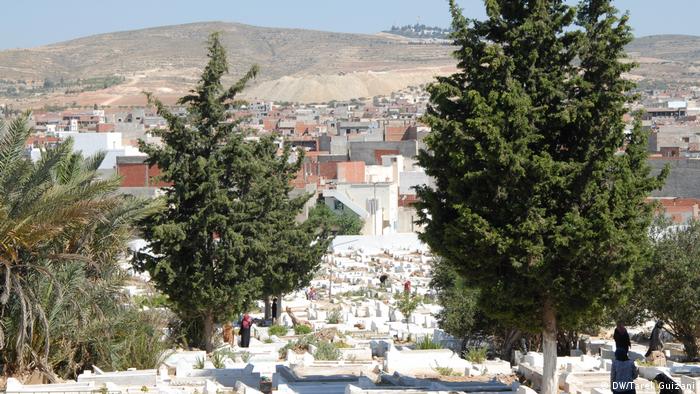 What has the project achieved?