COVID-19 and the global media sector

More than half of the world's population has access to the Internet. However, media and information literacy is needed in the face of increasing disinformation. 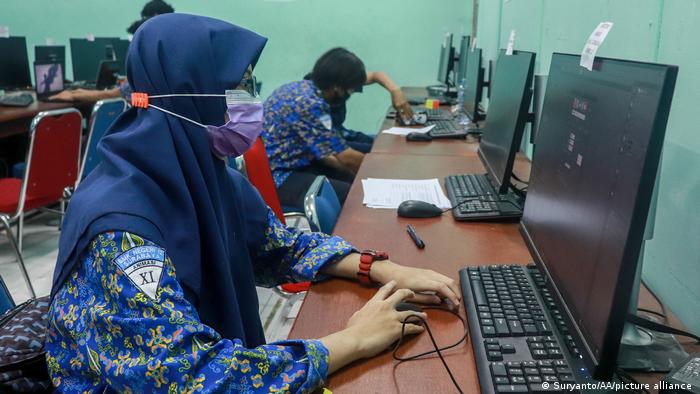 Against the backdrop of an 'infodemic', the pandemic threatens to exacerbate the divide between those who have access to digital spaces and those who do not.

A worldwide increase in Internet access means that an unprecedented amount of information is now available to more people than ever before. But the navigation of this overabundance of often contradicting messages—partly reliable, partly inaccurate or manipulative—remains a challenge for many.

Aninternational survey carried out on behalf of the Friedrich Naumann Foundation discovered that more than half of those surveyed found it hard to distinguish between genuine news reports and so-called 'fake news' or mis- and disinformation.

Over half of the respondents in the Edelman Trust Barometer survey for 2021 said they felt their own media competence to be insufficient—significantly more than before the pandemic. Only about a quarter of all respondents, according to the survey, had good 'information hygiene'—in other words, they engaged with the news, avoided echo chambers, verified information, and didn’t share unverified information.

In the face of what the WHO calls an 'infodemic', media and information literacy (MIL) is hence urgently needed. Experts estimate that mis- and disinformation has been circulated and repeated millions of times on Facebook alone. Studies looking at other platforms have come to similar conclusions. Facebook claimed to have flagged about 40 million posts as inaccurate during the month of March 2020, pointing out fabrications related to COVID-19. "Social media companies must do more to root out hate and harmful assertions about COVID-19." - Antonio Guterres, UN Secretary General

Whoever produces dis- and misinformation and with what intention, the advertising-oriented business model of social media companies must be seen as an important factor in the infodemic. In the relentless competition for the attention of users, the platforms depend on highly personalized, controversial messages to maximize consumer loyalty and retention.

At the same time, the digital divide threatens those who lack access to digital communication tools, as they tend to be more at risk during the pandemic. More than one billion people globally live in countries where even middle income households cannot afford a 1 GB data plan (the international standard for affordable Internet). Among further factors that hamper Internet access are lack of infrastructure, low levels of education, lack of services in local languages, and gender-based inequalities. Women and girls will often be particularly affected. The result of these imparities is, for instance, illustrated by this figure: The number of men with access to mobile Internet services in developing and emerging economies exceeds that of women by 300 million.

To counteract the infodemic and to bridge the digital gap, actors in international cooperation contexts, such as governments, donors, and civil society organizations, should:

This page is part of the article "COVID-19 and the global media sector. Developments and ways forward" on #mediadev:

1 Key challenges to freedom of expression

You can also download the discussion paper as pdf.

COVID-19 and the global media sector. Developments and ways forward