Ofelia Harms, IMS-alumna from Mexico, is DW’s correspondent for Latin America. She will be working in DW’s office in Bogotá, Colombia until January 2019 and will then continue as an editor for DW’s Spanish TV channel. 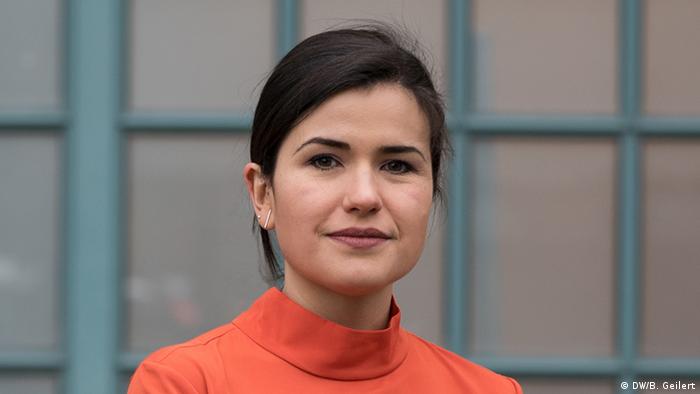 How has your career developed since you graduated from the International Media Studies (IMS) program?

After the IMS, I applied for DW's international traineeship – and got in! That gave me a chance to work more closely with different DW editorial departments, not just in Bonn and Berlin but also in DW’s studio in Washington, D.C.

Having graduated from the Master's program and the traineeship, I started working for DW’s Spanish TV department in Berlin, mainly as a video journalist and author of various TV reports covering Latin American issues from Berlin and various South American countries. I was appointed DW's correspondent for Latin America in February 2018 and am currently based in our new studio in Bogotá, Colombia.

Which of the skills that you learned during the traineeship are you now using in your work?

I learned camera and edition techniques, for example, and learned about the media situation in different countries and what freedom of the press looks like in parts of the world I’ve never been to. We also looked closely at ethical issues in journalism, and I’ve been putting this into practice in difficult situations.

Peter Egielewa from Nigeria graduated from the IMS program in 2016. He is now a University lecturer, Director of Communications and Newspaper Editor in his home country. (26.04.2018)

"Mobile Journalism is one of the challenges at work"

Jenny Navarro, Ecuadorian photojournalist and 2017 graduate of the IMS works as a multimedia journalist for a new digital media platform in her home country Ecuador, called La Posta. (22.02.2018)

"The most valuable experience: Thinking outside of the box!"

Nataliia Manych, IMS-alumna from Ukraine, is working as an Associate Professor at the Department of Journalism and Publishing of Luhansk Taras Shevchenko National University. (04.04.2018)

"One country, hundreds of nations, thousands of stories"

Inga Höglund from Estonia and Evgenia Belyaeva from Russia are graduates of the IMS program. Their new blog "Multicoolty" takes a look at Germany as a multicultural society. (02.12.2013)

Six graduates from the International Media Studies Master’s program recently visited DW Akademie to share their experiences with students currently in their first and third Semesters. (26.01.2016)